How I Learned To Stop Worrying And Love The Siege Worm
by Daniel Tack on Oct 23, 2014 at 02:00 AM
Publisher: 2K Games
Developer: Firaxis Games
Rating: Everyone 10+
Reviewed on: PC 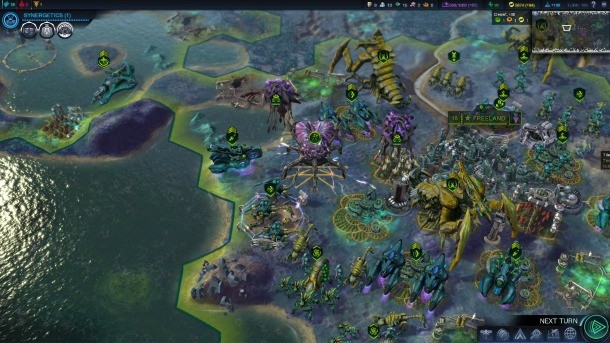 The Civilization series heads to the unexplored and uncharted realms of outer space with Beyond Earth. The game serves as a spiritual successor to the much-acclaimed Alpha Centauri, but along with alien life and covert operations in enemy bases, the title also draws from recent Civilization games to create its own distinct feel.

Civilization fans should have a fairly painless transition, as many of Civ V’s features are intact, but there are plenty of new moving parts to keep things interesting. Aliens are the franchise’s new take on the barbarians from the earthbound games. Unlike barbarians, these are not just some A.I. annoyance that needs to be occasionally purged from your borders. While there’s no faction leader to negotiate with, these creatures are everywhere and they will remember your actions toward them.

As in Alpha Centauri, the aliens and the planet itself play a bigger role that must be dealt with over the course of a game; they are not factors you can ignore like the bumbling barbarians. You can try and live in harmony with these creatures (which are everywhere, mind you) but often they’ll be in the way of “progress.” Busting up a few packs of baby green monsters may incur the wrath of siege worms or worse. Aliens must be handled in some fashion in every game, and these interactions with pervasive A.I. units add a new element to the mix. The aliens are a fun, thematic addition to the core gameplay, but they can take some getting used to, as your forces may be slaughtered during a war with another faction by a persnickety Kraken or swarm of other alien units.

Players gain minor perks from selecting a specific faction, but much of the customization in Civilization: Beyond Earth comes from a new affinity system. This represents your take on how to approach the alien life and the future of humanity on the new planet. Will you commit to preserve the old world, look to change things to a new existence, or integrate alien life and the new planet into your very DNA? The three affinities – Purity, Supremacy, and Harmony – all provide wildly different gameplay options, each with signature units, technologies, and victory conditions.

A Harmony player’s buildings in the late game ripple with alien life. They may use actual alien units like the Xeno Swarm, tap into the normally toxic miasma for huge resource acquisition and unit healing, and even call up a siege worm assault to an opposing player’s city via their willingness to embrace alien life. The Purity affinity embraces purging alien life from the planet, uses dirty bombs, and creates massive mechanical terrors. Supremacy sits between those two extremes, seeking to take advantage of new technological opportunities like superior orbital powers and maintenance-free roads. 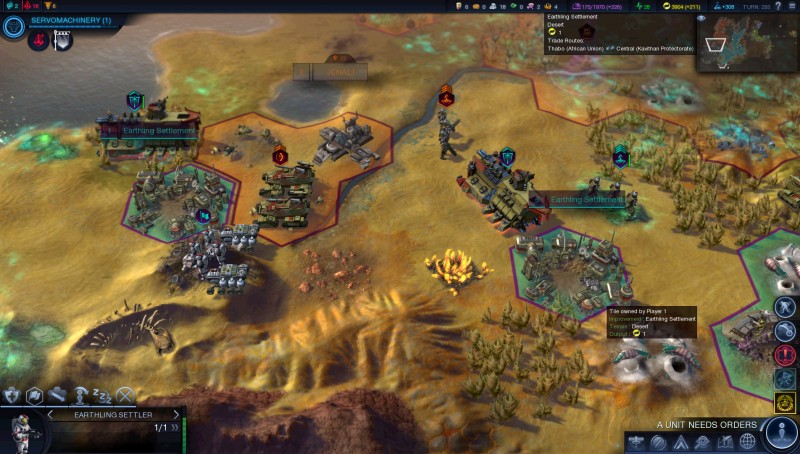 These distinct paths, combined with the tech web, force players to make huge decisions during the first few turns that echo for the hundreds that follow. The mid-game and late game are especially interesting, as you see core units like marines and rovers completely transform based on players’ affinity choices. Some incredibly specialized late game units actually require points in multiple affinities. The affinities add a ton of customized replayability that goes way beyond “I want to play Germany for the special tank units during this era” or a small culture bonus.

The new quest system serves as a sort of informational tutorial to guide a player’s actions by providing significant rewards. You may get rewards from taking out alien bases, exploring, and many other essential activities. While you don’t need to complete them to win, they provide an incentive and guide to move you in the right direction if you’re not sure what you should be doing at any stage in the game.

You can win a standard game of Civilization: Beyond Earth in five ways. Beyond the classic ways to win via dominance or superior technology, Civilization: Beyond Earth features unique victory conditions associated with each affinity, generally advanced to by playing within the style that suits each ideology. This gives players opportunities to play in a wide variety of ways to win and does an excellent job of doing so. 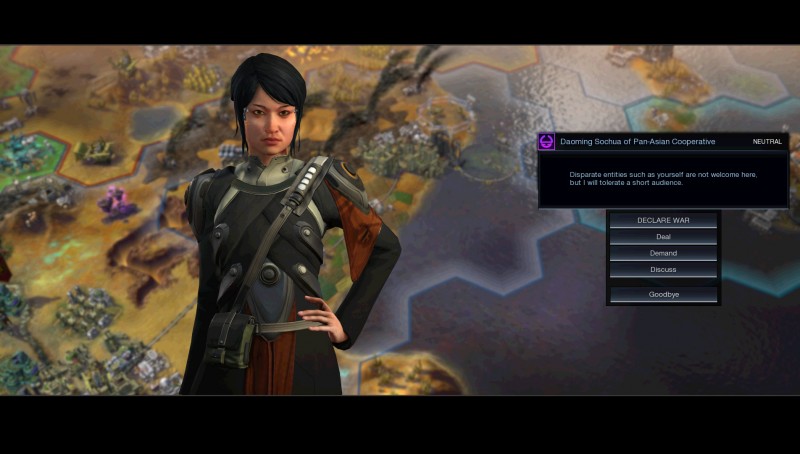 Civilization: Beyond Earth doesn’t take the series to the outer galaxies in terms of revolutionary new gameplay, but it provides fantastic modifications and mechanics that allow it to stand proud as a worthy bearer of the Civilization name. This is a must play for strategy fans, and if you’ve always been curious about the genre but never jumped in, your opportunity is here. 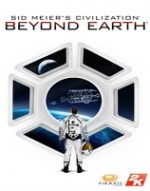 Civilization heads to the unexplored realms of space.

Purchase More Info
9
i
Game Informer's Review System
Concept As society on Earth collapses, lead your people to the new frontier of space to survive and thrive
Graphics The units and scenery make the hex-world come to life, but don’t expect mindblowing visuals
Sound Applicable and interesting sound effects suited to the setting, from siege worms toppling workers on your zone borders to Suzanne Fielding making contact
Playability eterans
Entertainment There’s a ton to explore here within an inviting strategy shell, enticing those who have never delved into the 4X space and demanding the attention of genre fans
Replay Very High