Yoshitaka Amano Creates Unique Artwork In Video Collaboration
by Isaac Federspiel on Apr 07, 2014 at 07:27 AM Japanese artist Yoshitaka Amano is well known as the character designer for the first six Final Fantasy games and for his promotional artwork for later games in the series. Now he has collaborated with Ubisoft Montreal to create a video of him painting artwork inspired by Child of Light.

Child of Light is a reimaging of fairy tales where gamers play as the young princess Aurora. Aurora is tasked with winning the sun, moon, and stars back from the Queen of the Night. Amano is quoted in the video talking about how Aurora’s daunting task has influenced the art he made for Child of Light.

“When a child is born she must fight against the challenges of the world she lives in. That’s what I wanted to express,” Amano said.

If you’re interested in Child of Lights’ art, you can check out a trailer showcasing its watercolor art style we posted last month. Child of light is available April 30 for Xbox One, 360, PlayStation 4, PS3, PC, and Wii U. 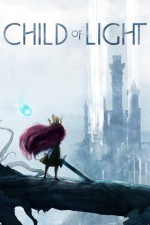