The Indie Classic Gets The George Lucas Treatment With An Update It Didn’t Need
by Kyle Hilliard on Nov 07, 2011 at 11:50 AM
Publisher: NIS America
Developer: Nicalis
Release: November 8, 2011
Rating: Everyone 10+
Reviewed on: 3DS Cave Story originally released as a free PC game developed with love by one talented man who goes by the name Pixel. Cave Story looked like a high-quality NES game, played like a modern platformer, and had a surprisingly interesting and heartfelt story. It seemed like a well-respected classic that just never got released for one reason or another.

Since that initial online availability, the game has been slightly retooled for a release on WiiWare and the DSiWare shop. Those versions of the game aren’t very far off from the original. The release for 3DS, however, has been completely rebuilt to deliver a game with fully rendered character models and environments that take advantage of the 3DS’ visual capabilities. It’s a completely different game from a visual standpoint, and has more in common with a game like Klonoa than previously.

Cave Story follows the exploits of Quote, an amnesiac robot who wakes up in a cave. He meets a race of bunny-like creatures called the Mimiga who are busy fighting a war against an evil doctor. The game plays a bit like Metroid, where you explore a large series of caves while moving the narrative forward and collecting new weapons and upgrades. The upgrade system for your weapons is tied to your health and the experience dropped by enemies. Your weapons will upgrade quickly as you collect experience, but they will downgrade just as fast as you take damage. Your weapons are in a constant state of flux as they seesaw back and forth between powerful and weak. It’s a system that can be either swiftly rewarding or quickly punishing.

All the important elements of Cave Story have been brought over with some extra content, such as additional life capsules, added for good measure. You still have a game that plays like a dream, with a story that will keep you going to the end, and an end boss that will make you rip your hair out. The soundtrack, which was phenomenal in all previous versions, has been remixed, and it sounds great. I have the original soundtrack on my iPod, and I wouldn’t mind having this remixed version to complement it.

The visuals of the game have changed drastically, and while the reasons are understandable, I can’t say I’m entirely on board. The game has been completely rebuilt to become a 3D game that plays like a 2D platformer. Where you used to see pixelated bricks and wood, you now see fully rendered rocks and trees. Where you used to be able to count the pixels that made up the lead character, you now have a 3D model of Quote, and everyone else in the game. This lends itself well to the stereoscopic 3D, allowing every room and stage to have tangible depth. It also makes the game look modern, which will likely appeal to younger 3DS players who have no history with Cave Story. It may be a logical update, but it does cause some problems.

The majority of the charm of Cave Story has been effectively removed with the new graphics. The old-school visuals and art of the original were some of the coolest elements of the game. Cave Story now feels less like one man’s ultimate passion project, and more like a big-budget blockbuster designed to get fans to repurchase something they already bought. It reminds me of the re-releases of the original Star Wars films.

The 3D also removes almost all of the detail from the character models. Instead of being clearly recognizable and distinct people, the folks of Cave Story now look muddy and indistinguishable. There is Classic Mode available to help combat this problem, which keeps the 3D backgrounds but swaps in the original 2D character models. That mode doesn’t really solve the problem, though. It just makes the game look kind of awkward.

The original Cave Story is a great game, and what is being offered here is the same at the core. It looks a bit bland, but it’s still fun to play, the music is still great, and the story is still interesting. It’s not my favorite version of Cave Story (that would be the WiiWare version), but it’s still worth playing, especially considering the lack of compelling single-player games on the 3DS outside of The Legend of Zelda: Ocarina of Time 3D. If you have already spent time with Quote traipsing about the caves, you may find yourself unimpressed. If you’re not familiar with his journey, though, and feel like you’re neglecting your 3DS, I recommend this version. 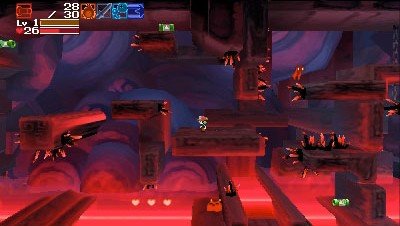 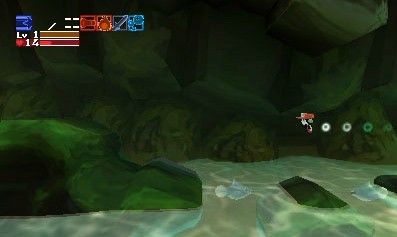 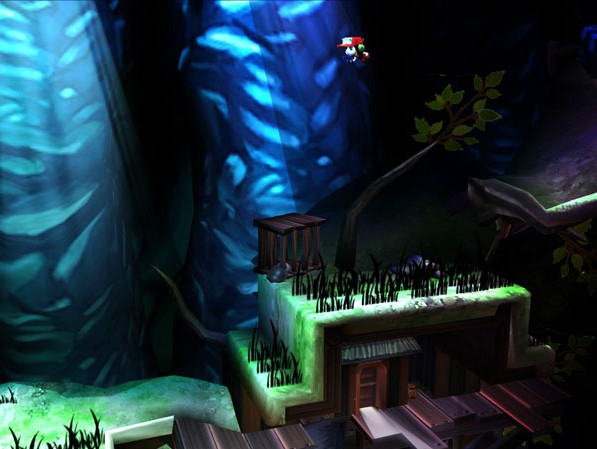 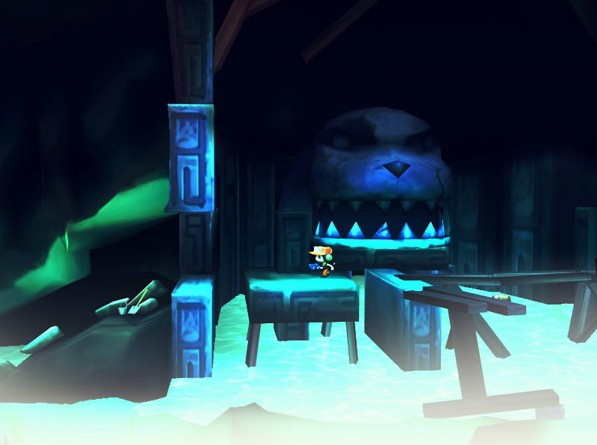 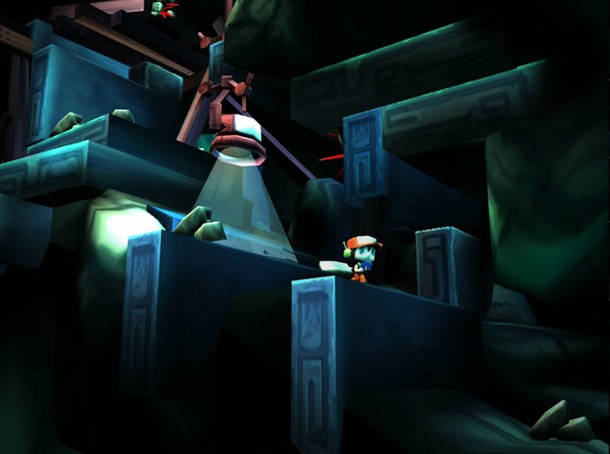 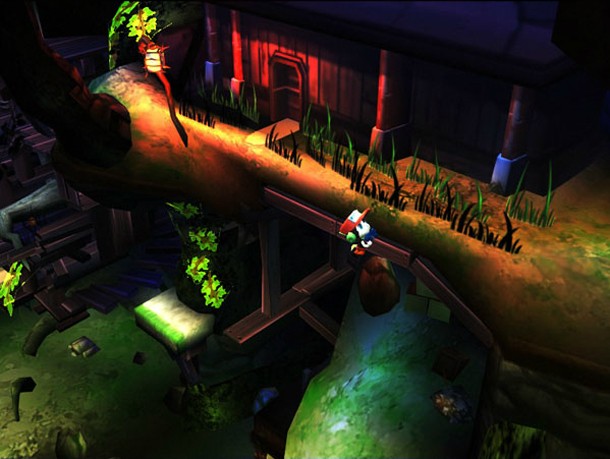 The original Cave Story is a great game, and what is being offered here is the same at the core.

Purchase More Info
8
i
Game Informer's Review System
Concept Take a recent indie classic and update it to take advantage of the 3DS capabilities
Graphics The update strips all the charm of the original in favor of a boring, modern look
Sound The original soundtrack was full of catchy chiptune music at every turn, and the remixes here do not disappoint. It offers a different sound, while still paying excellent tribute to the original songs
Playability The controls are incredibly responsive, allowing you to move Quote and his weapons with extreme accuracy
Entertainment It doesn’t quite capture the same nostalgic feel of the original, but it doesn’t change the fact that this is a well-designed, fun game with a worthwhile story
Replay Moderate