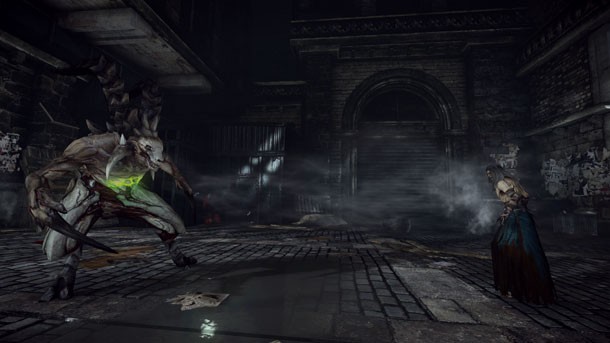 Castlevania: Lords of Shadow was one of my favorite games of 2010. I loved the boldness of the reboot, recasting familiar bosses and reinterpreting characters and settings in imaginative ways. It ended on a killer double cliffhanger, where we learn that not only has Gabriel Belmont embraced his inner Dracula, but that he’s stayed alive through the modern day. The scenario held a tantalizing amount of promise, and I was excited to see how MercurySteam would build off an excellent foundation. Unfortunately, this sequel is as fresh as a whiff of garlic breath.

It starts off with promise. Gabriel is tired of immortality, and an old acquaintance offers a deal: help defeat Satan’s acolytes, and Gabe will get the eternal slumber he desperately craves. With the promise of death in his sights, he’s off. Instead of his combat cross chain-whip contraption, now he attacks bad guys with a flail-like blood whip. He also has an icy sword and flaming claws, which allow him to leech life from his victims or burn through their defenses. Each weapon has its own skill tree, upgrades, and unlocks, which encourages you to try new things in battle rather than rely on a few tried-and-true combos. It’s a decent-enough God of War clone, when enemies aren’t stun-locking you out of combos from across the street while you simultaneously battle the camera.

Satan’s head honchos have embedded themselves in modern business, heading up industries including pharmaceutical and weapons manufacturing (har har). That gives Gabriel a reason to infiltrate a few generic factory levels, where he leaves his combat abilities at the door in exchange for tedious stealth – opening doors by turning into piles of rats and possessing generic guards. After surviving these sections, as well as a later stealth area that is truly a worst-in-class experience, I understand why Gabriel craves death’s sweet embrace.

The modern-day setting is conceptually interesting, but fails in execution. Gabriel ends up spending the bulk of his time in abandoned alleys and the occasional ruined plaza. Satan’s minions and other beasts warp in regularly, providing Gabe with the chance to use his revamped arsenal. It’s up to him to beat up the world’s armies of poorly realized demons, paladins, and robots.

Gabe does get to visit more classic Castlevania-style locations through some narrative gymnastics, and they’re more interesting to look at and explore than barren aisles of flaming cars. Aside from one startlingly good section involving a toy theater, however, it’s all ground previously covered in the first Lords of Shadow.

That’s ultimately the problem with Lords of Shadow 2. This shambling monstrosity is composed of chunks from other, better games. Rather than blend them together into something new like its predecessor attempted, this one just feels like a patchwork mess.

6
About Game Informer's review system
Concept
Take Gabriel Belmont – now in full-on Dracula mode – on a modern-day mission to defeat Satan, and ultimately end his own immortality
Graphics
The main cast and some bosses look great, but lesser enemies and environments are often uninspired or poorly realized
Sound
Robert Carlyle and Patrick Stewart give it a good shot, but even they can’t salvage the hokey dialogue
Playability
Nearly every attempt that Lords of Shadow 2 makes to stray from its fundamental kill-room formula ends in failure
Entertainment
This is a disappointment for fans of the first game, and for people who were looking forward to playing Castlevania from the perspective of Dracula
Replay
Moderate 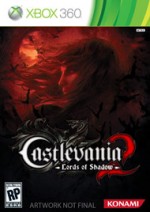