Set aside all your preconceptions about handheld Castlevania games before diving into Mirror of Fate. This is not a successor to Symphony of the Night or the subsequent titles in the same vein. Mirror of Fate takes its cues from MercurySteam’s 2010 console title, Lords of Shadow, and mixes in some light Metroid exploration elements. Once you’ve got your head around that, you’re in for an adventure that successfully fuses Castlevania’s new flavor with the franchise’s 2D roots.

Like its console predecessor, Mirror of Fate’s combat is all about pulling off flashy combos and using helpful magic abilities. Swinging the whip feels weighty whether dealing heavy or light attacks, and landing hits feels great. The left shoulder button is used to dodge and block, which feels natural from the start. You level up by killing enemies and discovering secrets, which unlocks useful new moves like air juggling or extended combos. I love Lords of Shadows’ combat, and it feels fantastic in this 2.5D framework. The spectacular boss fights highlight the combat system’s strengths, especially during the ﻿climactic Dracula battle.

Players control three separate characters throughout the game: Simon Belmont, Alucard, and Trevor Belmont. Each character gathers special items unique to their section. For example, Simon can absorb damage with his magic familiar, Alucard’s mist form allows him to phase through enemies, and Trevor’s light magic heals him when he deals damage to enemies (my favorite). I liked all these abilities, but your time with them feels too short. Just as I started getting into the rhythm of Trevor’s light and dark magic, his act was over. Thankfully some core abilities, such as the double jump or grappling hook, are carried across characters. Some may adore the fresh starts with new characters, but I would’ve appreciated more time with each monster hunter.

While your character may change, the whole game is spent exploring a singular castle by leaping across pits and climbing up ledges. Like combat, platforming and swinging from your whip feels weighty, but it works. My favorite sequence involves fleeing a gigantic bell as it crashes after you down the clock tower. Timing is key, since one missed jump can turn the player into a broken mess on the castle floor, but forgiving checkpoints keep frustration at bay. Several conveniently placed portals make backtracking to previous areas easy, but it isn’t worth the effort. Most of the enticements for exploring previous areas involve lackluster bestiary scrolls and XP caches, with the exception of a health or magic upgrade.

Mirror of Fate nails many of the elements its console predecessor did so well, with lame puzzles being the big exception. Whether you’re adjusting mirrors to reflect light beams or solving a block-pushing puzzle, these sections are tedious. The zoomed-out camera perspective strains the 3DS’ resolution and adds to the headache. Fortunately, these sections are brief and you can often cheat by using in-game tips.

Mirror of Fate is a worthwhile endeavor for any 3DS owner, and should make Castlevania fans consider picking up the handheld if they don’t have one already. The impressive cutscenes flesh out the Lords of Shadow fiction with fun twists, and should be required reading before Lords of Shadow 2 arrives. 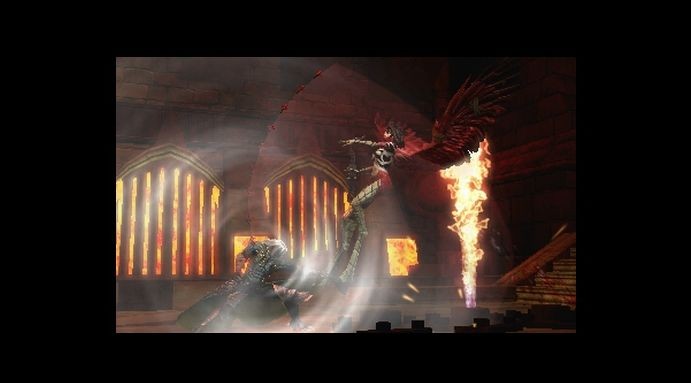 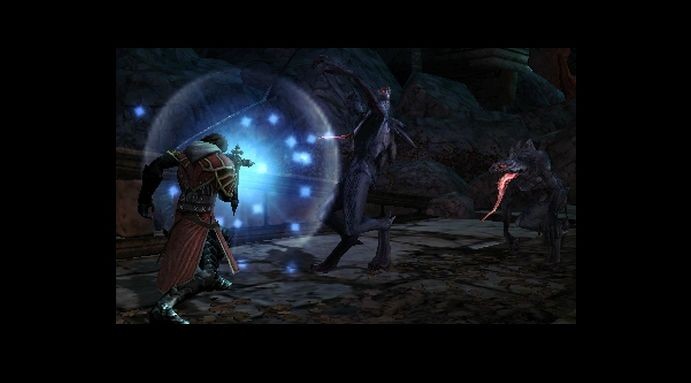 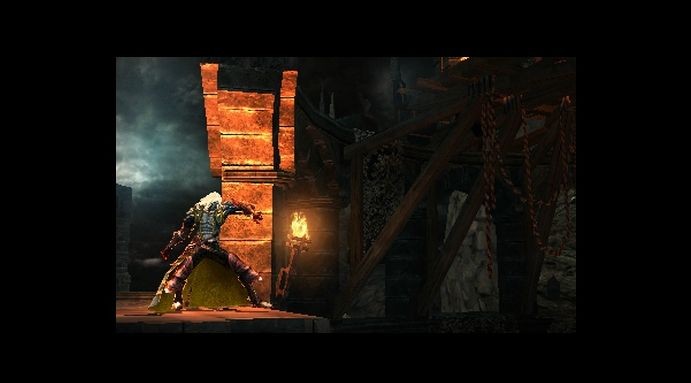 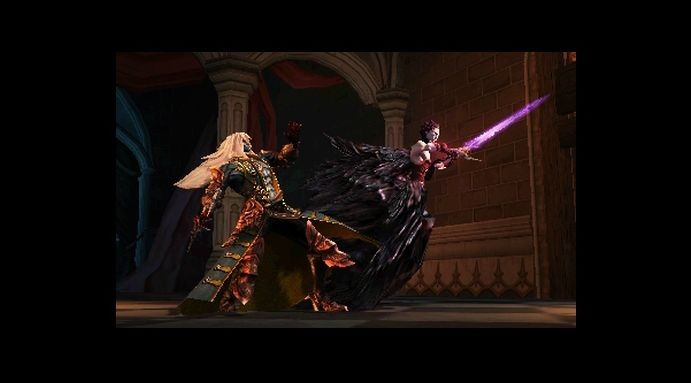 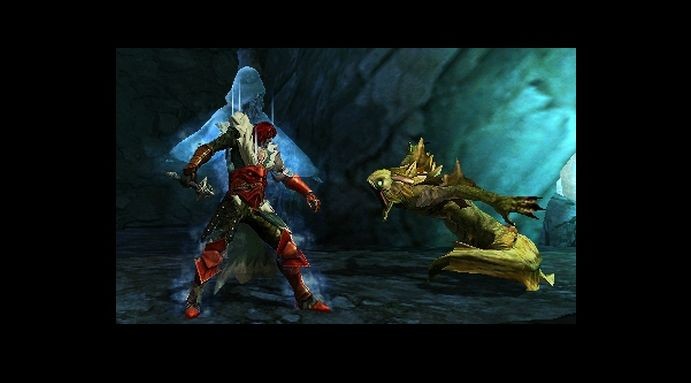 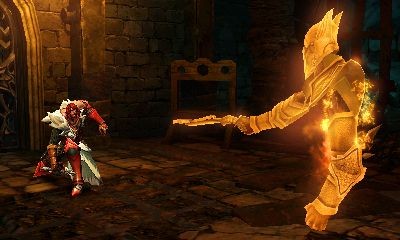 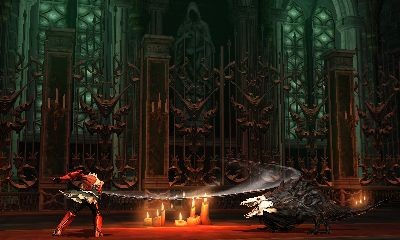 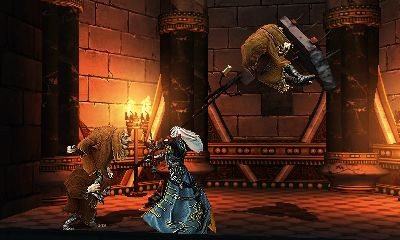 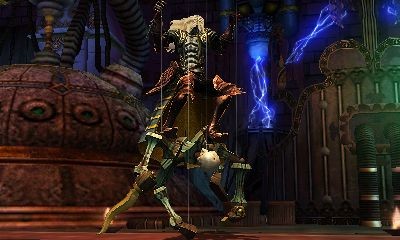 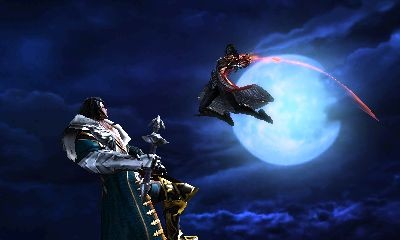 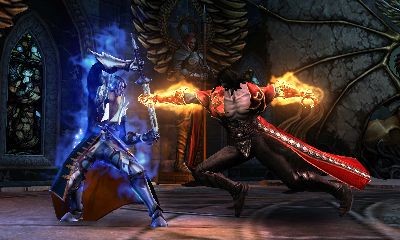 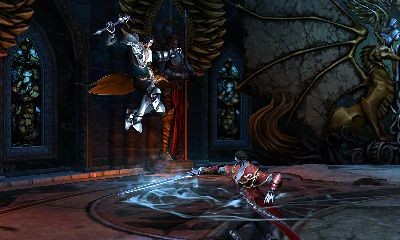 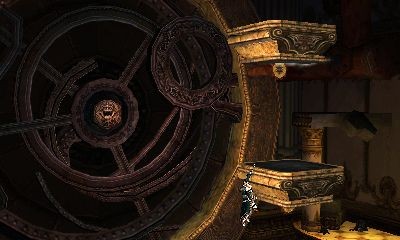 8.5
About Game Informer's review system
Concept
A side-scrolling Lords of Shadow sequel with mild Super Metroid-style exploration
Graphics
Impressive level of detail, except during zoomed-out puzzles. The 3D effect mars the pretty visuals
Sound
Solid voice acting and a dark orchestral soundtrack round out the experience
Playability
Easy to pick up and fun to master. Lords of Shadow’s combat style makes a smooth transition to two dimensions
Entertainment
Not the portable Castlevania we’ve come to know, but a terrific game nonetheless
Replay
Moderately High