Adding too many mechanics to a game often results in an unpolished and confusing mess. Thankfully, Zen Studios – famed for its downloadable pinball titles – has beaten the odds by combining the catapult antics of games like Angry Birds with tower defense strategy and a splash of 2D brawling to create a well-blended treat that delights the senses.

The basic goal of CastleStorm is to defeat your enemies by either destroying their castle or breaking down their main gate and capturing their flag. A medieval ballista is your main weapon in this battle; the giant crossbow allows you to fling everything from javelins to apple grenades to homing sheep that fly through castle walls at your enemy’s fortifications. While you wait for your heavy artillery to reload, you can spawn troops such as long-range archers, speedy horse-mounted knights, and lumbering golems to march on your enemy’s gates. You don’t control these troops yourself, but you have to be savvy enough to send the right troops into every situation, as your ballista can’t keep your enemies at bay by itself.

In addition to raising an army of goofy-but-expendable characters, you can cast a series of spells that regenerate your troops’ health, throw a protective shield in front of your castle, and rain down heavenly swords on your enemies. Finally, you can possess a special hero character who spawns on the battlefield for a limited amount of time. This hero’s attacks are simple, but I had a blast tearing through grunts with my hero’s empowered attacks. On more than one occasion, my hero was a castle-saving resource, and dropping him behind enemy troops and cutting them down to size is thrilling.

This probably sounds like a lot to manage all at once. It is. I love the buzz of excited energy that comes with bouncing around to different corners of a conflict during a hectic battle, but those who can’t micromanage may quickly find themselves overwhelmed and stressed out. CastleStorm’s various attack options creates a range of diverse battle tactics. You can focus on your enemy’s troops, charge the gate and steal the flag, or win by reducing the opposing castle to rubble with a steady stream of ballista fire. Destroying certain rooms of an enemy’s castle will also prevent the spawning of further enemies housed within that room, but if you focus on the castle for too long you might find yourself overwhelmed by your foe’s ground troops. Winning usually requires a clever balance of managing every tool and weapon at your disposal while efficiently switching between game mechanics, and I had fun refocusing my strategy and trying different tactics for levels that I failed the first time. Secondary challenges offer hardcore strategy nuts further ways to test their mettle.

CastleStorm occasionally throws random mission objectives at you, asking you for example to protect troops escaping from your enemy’s castle or destroy a fortress without using your hero unit, but these are the exception rather than the rule, and some of the missions feel repetitive and lack creativity. However, CastleStorm’s bigger flaw is its wild ballista controls. You can use the right thumbstick to position the ballista’s aiming arc, but these controls are overly sensitive and make it difficult to hit pinpoint targets. You can use the d-pad to fine-tune your shots, but this method is so slow that your target can move out of the way by the time you’ve made your adjustments.

Once you get your bearings with the controls, CastleStorm is a blast, and its campaign mechanics perfectly transfer over to the competitive multiplayer arena, where two players struggle to destroy each other’s castle. I enjoyed the co-op survival challenges even more. This mode throws one player behind the ballista while another controls the hero on the battlefield as waves of enemy troops steadily march towards your stronghold, and it gave me the same survivor’s thrill as battling my way through Gears of War’s Horde mode.

Many of CastleStorm’s mechanics have been seen in other games, but Zen Studios blends them all together to create something fresh: a strategy title with a lot of real-time combat elements and a goofy charm. With so many things to upgrade and so many tools at your disposal there are a lot of different ways to approach each combat scenario. I never really cared for Angry Bird or its ilk, but Zen Studio’s has added a lot of meat to those bird bones, and I’d happily storm these castles again. 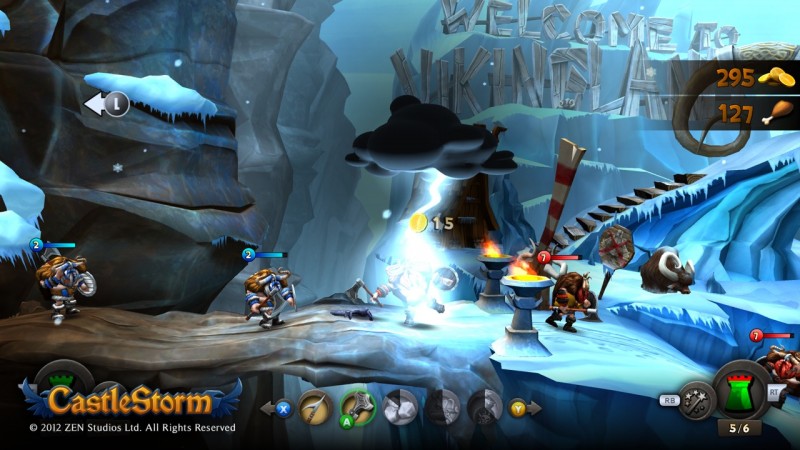 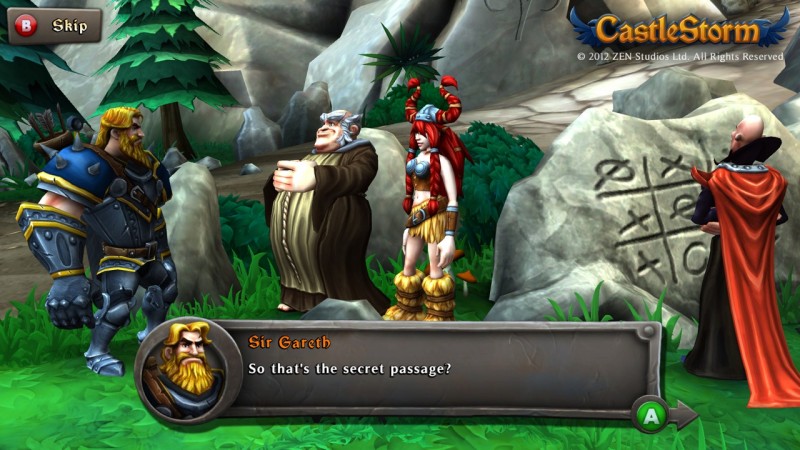 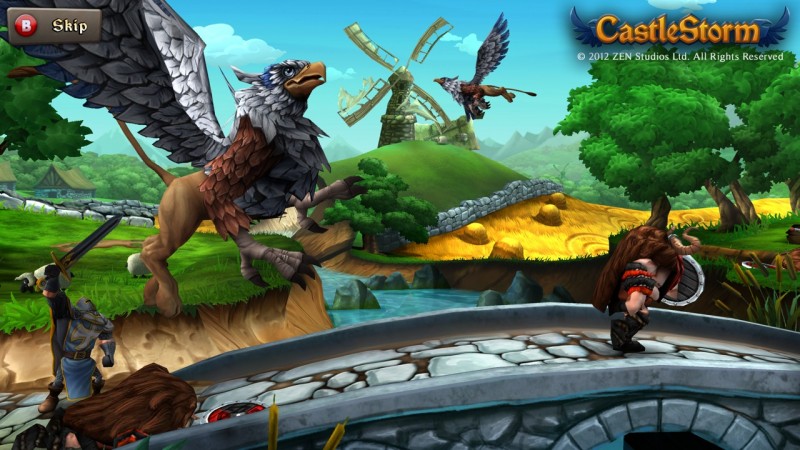 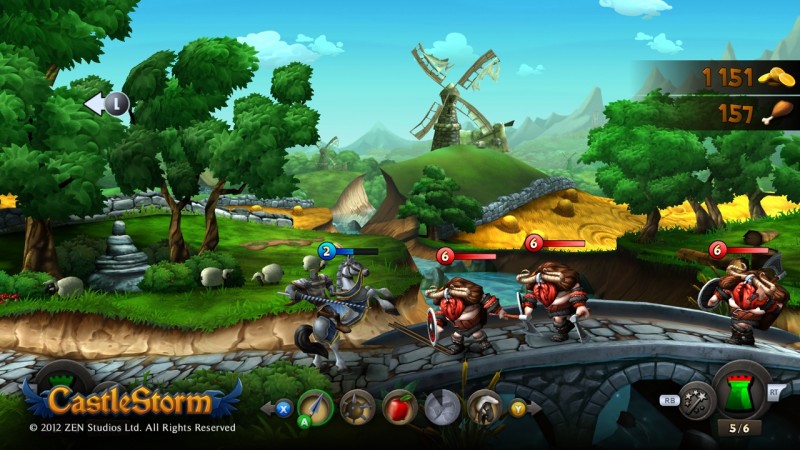 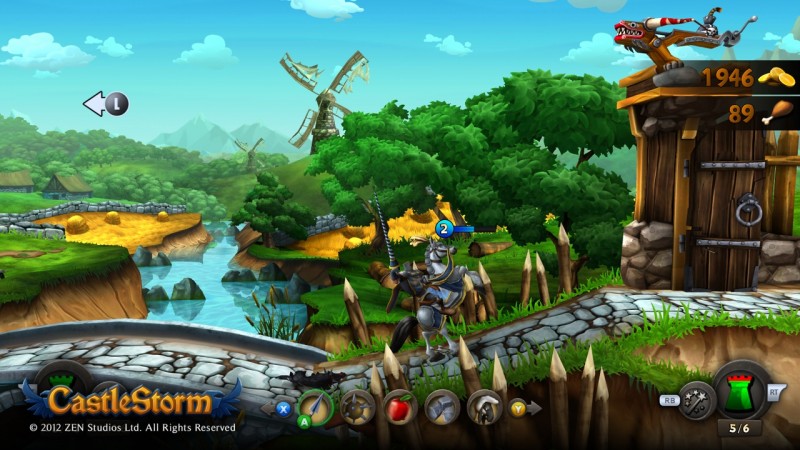 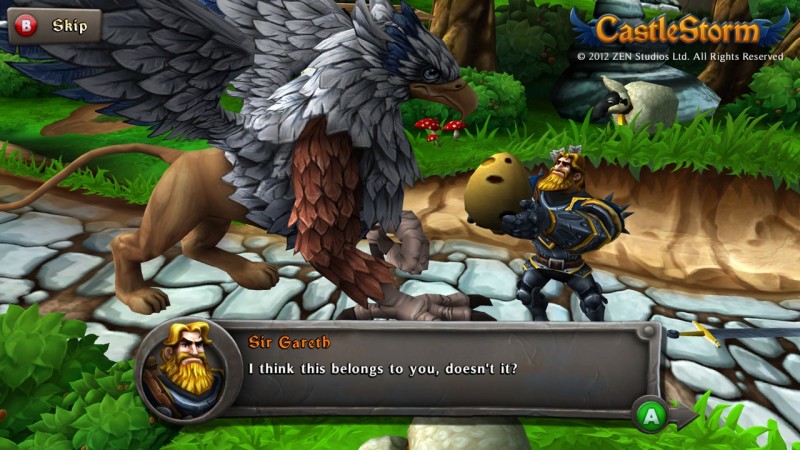 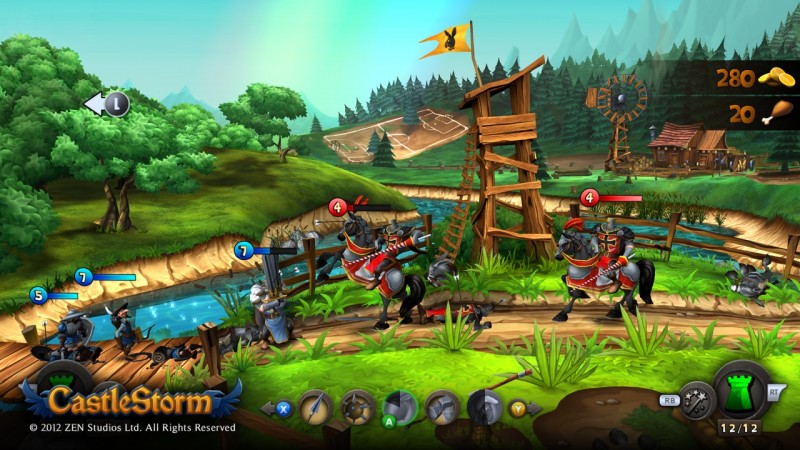 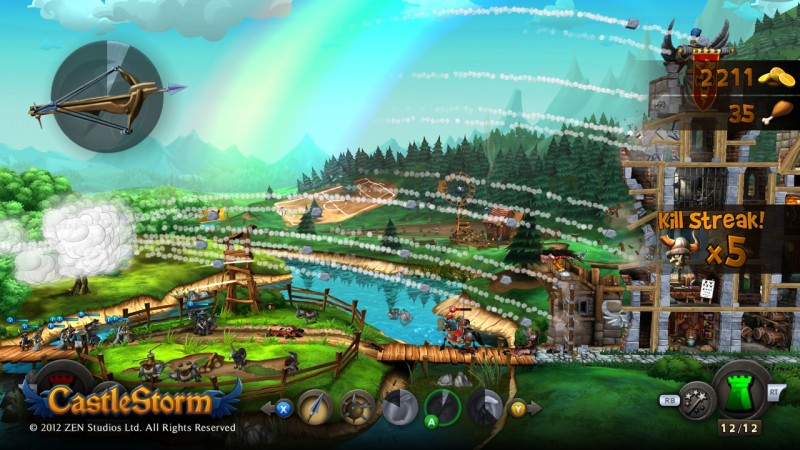 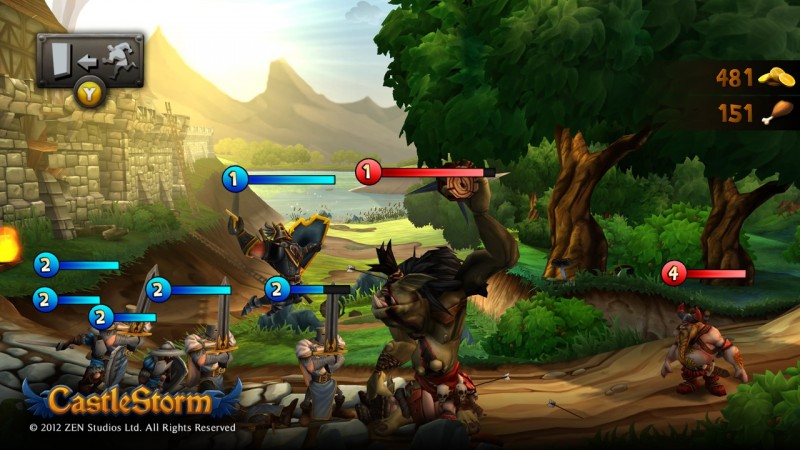 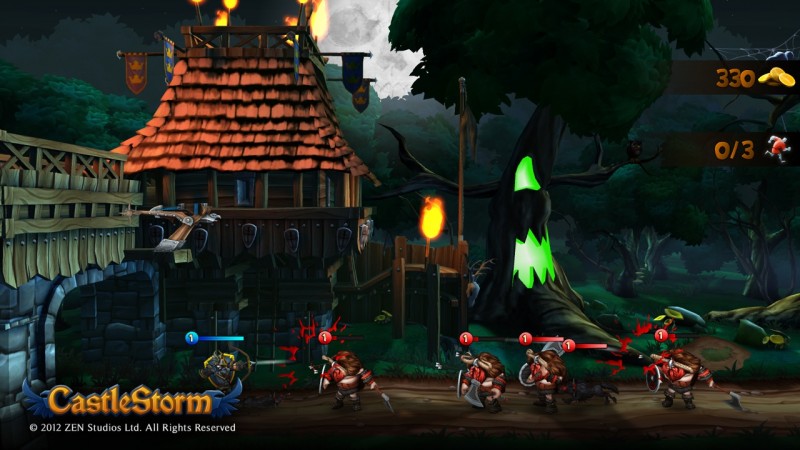 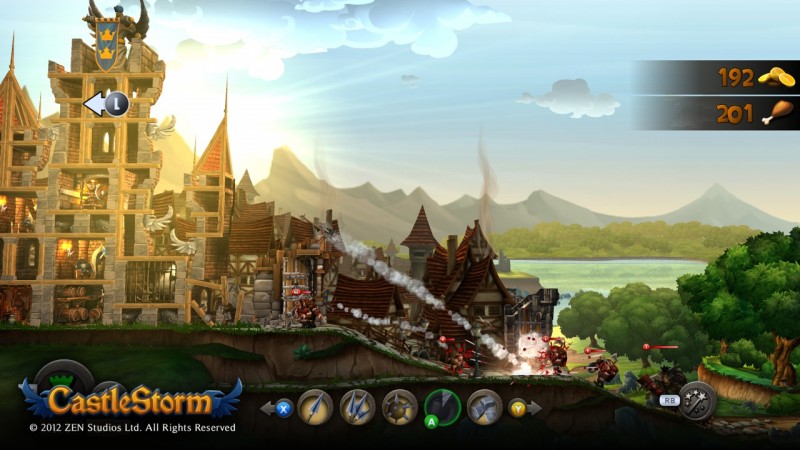 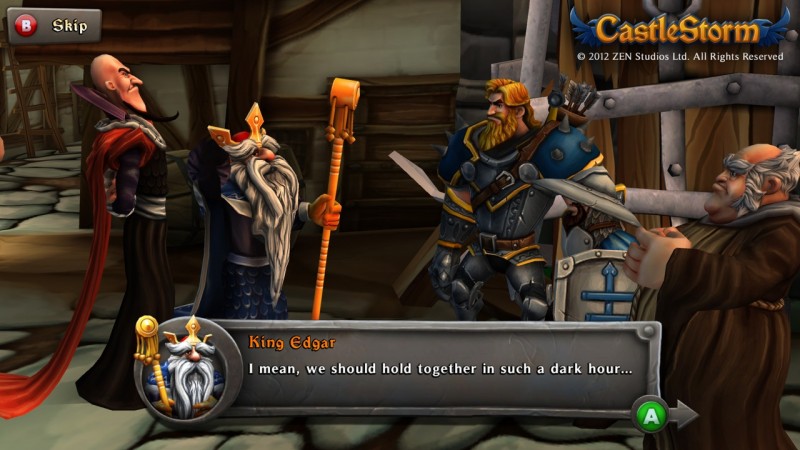 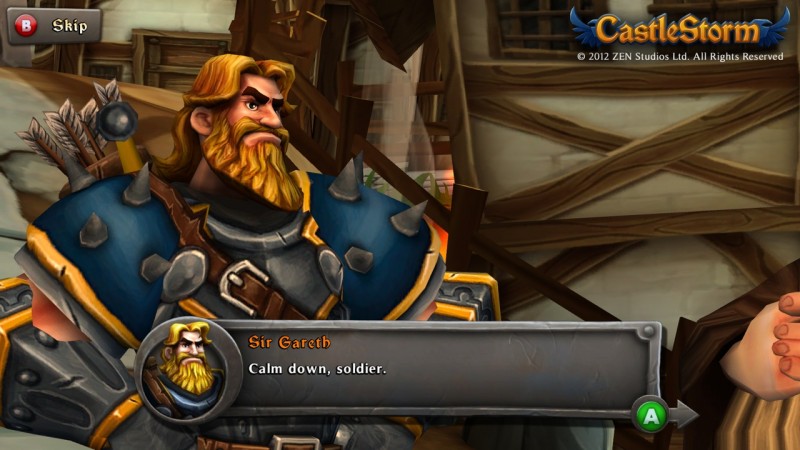 8.25
About Game Informer's review system
Concept
Take the physics fun of games like Angry Birds and combine it with some light tower defense strategy
Graphics
Colorful and goofy, CastleStorm’s exaggerated art style matches its silly charm
Sound
The stock fantasy soundtrack gets a little tiring, and the lack of voice work makes this the perfect game to listen to a podcast while playing
Playability
Navigating through your weapons and troops is simple, but the ballista controls are a little loose
Entertainment
The game throws a seemingly endless list of things to manage at you, but the thrill of smashing your foes’ castles is undeniable
Replay
Moderately High 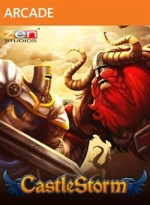