Every year, Call of Duty presents a multifaceted package catering to every possible playstyle. That wealth of content continues with Call of Duty: WWII, which features a historically-focused campaign, a zombie mode designed to puzzle and scare, and classic multiplayer combat rooted in class-based playstyles and a brand new social hub. Of the many features on deck, only the campaign falters. The rest of the package is as solid as ever, and for old-school fans of the franchise tired of laser beams and jetpacks, the title provides an epic return to form to classic warfare.

Through the eyes of a Texan kid out for glory, you land on the beaches of Normandy, battle through occupied France, and eventually bring the fight into the heart of Germany. While the experiences you face are huge WWII battles captured with appropriate grandiose backdrops, the only chapter that truly stands out is one where you don’t fire your weapon at all – an infiltration mission that takes you deep into the heart of Gestapo HQ. The characters in your squad are forgettable cardboard cutouts, a throwaway cast that seems like a slipshod assemblage of Saving Private Ryan, Band of Brothers, and Platoon. The people you meet from British and French factions are far more interesting, and steal the show when they are around. The campaign captures Call of Duty’s signature explosive feel through various adrenaline-fueled moments like chases, a tank vs tank segment, and firing AA guns. However, the standard gunplay and endless killing fields often feel like a slog, taking down hundreds of enemies and moving to the next defensive position. Counting on your squad for ammo, enemy positions, health packs, grenades, and strikes offers some novelty near the beginning of the game, but once you settle in, these elements display no important differentiation from classic hide-until-your-health-returns gameplay.

Traditional multiplayer is the shining star of the three modes. The new objective-oriented War mode includes all kinds of various activities such as moving a tank, building a bridge, and capturing point after point, so traditional gunning for a big kill-death-assist ratio is a thing of the past.  If you’re looking for something that has established front lines and rewards for working as a team (and where you won’t get gunned down in the back less than a second after you spawn) War is worth a look.

The class-centric division system combined with 20th century weaponry feels wonderful. Selecting your division and its focus on various weapons and playstyles is meaningful and enjoyable to explore. While perks are gone, you still have tons of customization available, and the slower speeds make the gameplay more compelling than attempting to abuse wall-running and power-sliding. Sneaking and sniping with the Lee-Enfield in the Mountain division or unloading a bucket of incendiary shotgun shells into the enemy as Expeditionary is exhilarating. If you just want to get those crisp shots off with the Garand and execute an occasional bayonet charge on an opportune target, you can.

By eliminating the standard lobby and giving you a place to play in between games, Headquarters is a fun and lightweight experience. You can watch 1v1s, test guns at the shooting range, prestige, and pick up missions. You can even go play a fairly extensive list of ancient Activision games like Pitfall II. This social space is an awesome inclusion that makes your downtime interesting, and I can’t see going away now that the door is open. Supply drops earned through gameplay are opened in this social space, hooking up any onlookers with bonuses from time to time. All drops are cosmetic and it’s a lot of fun cracking crates and outfitting your character with new uniforms, emotes, pistol grips, and more. Nazi Zombies is the scariest iteration of the mode that has graced a Call of Duty title, boasting some jump scares and an absolutely occult vision of the Final Reich. Casual players coming over from other modes should have no problem surviving for much longer than they have in previous entries. However, the focus remains on discovery; players must do much more than slaughter legions of zombies, such as enabling an escape-tube network, powering up generators, unlocking a weapon power-up station, finding clues hidden in paintings, and more. Nazi Zombies plays more like a structured story than previous versions, with themed encounters hitting alongside the standard wave-based fare. Permanent progression aspects give a continuing sense of advancement as they unlock tokens from playthrough to playthrough, which you can spend on new mods to enhance your characters and loadouts, giving meaning to even the most bitter defeats. Discovering just a bit more each time heading underneath the snow-packed earth of Mittelburg is a grisly, enjoyable experience.

While the campaign fails to provide a compelling tale and is often bogged down in uninteresting large-scale slaughter, Call of Duty:WWII nails its multiplayer, new social hub, and zombie modes to provide the back to boot-on-the-ground experience fans have clamored for since the first foray into space.

This review pertains to the PlayStation 4 version of the game. Call of Duty: WWII is also available on Xbox One and PC. 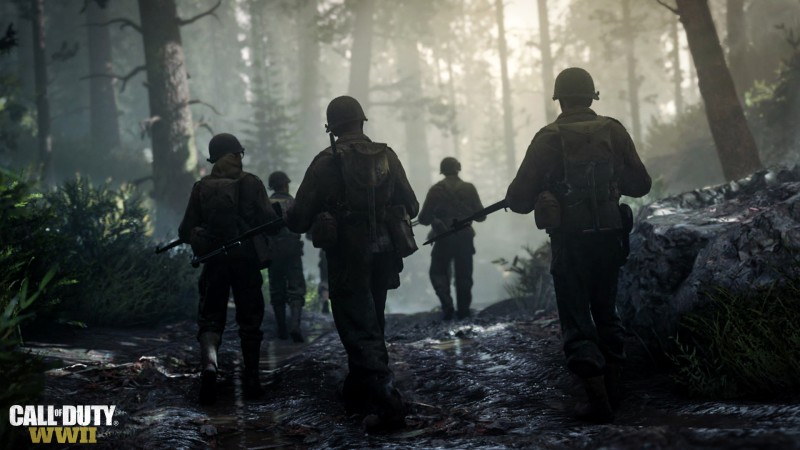 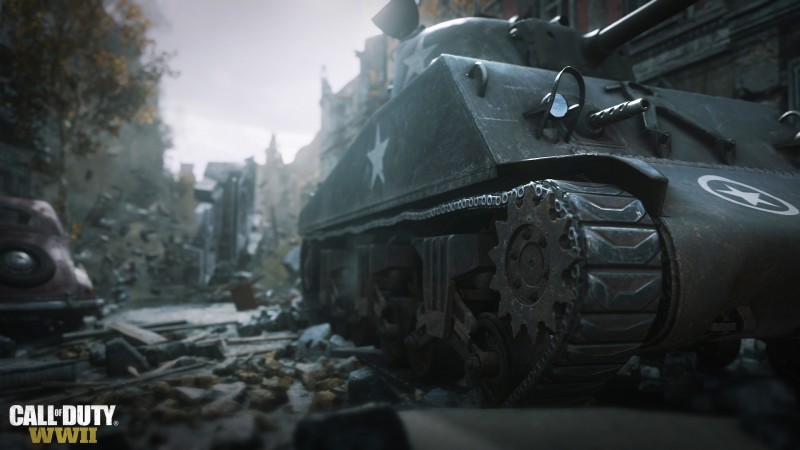 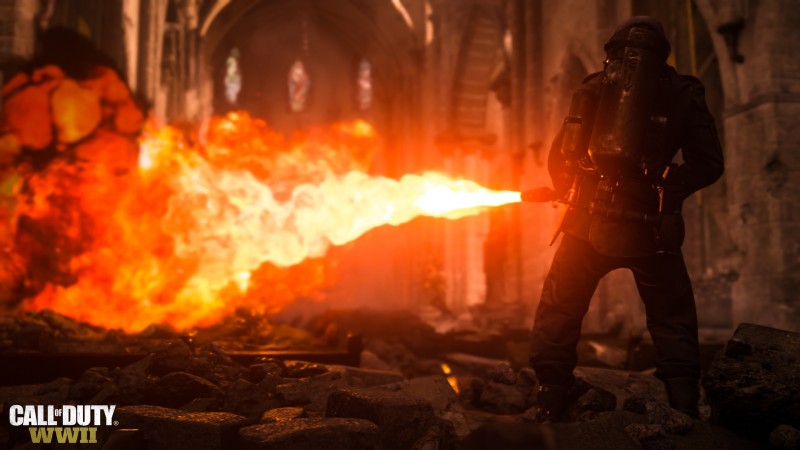 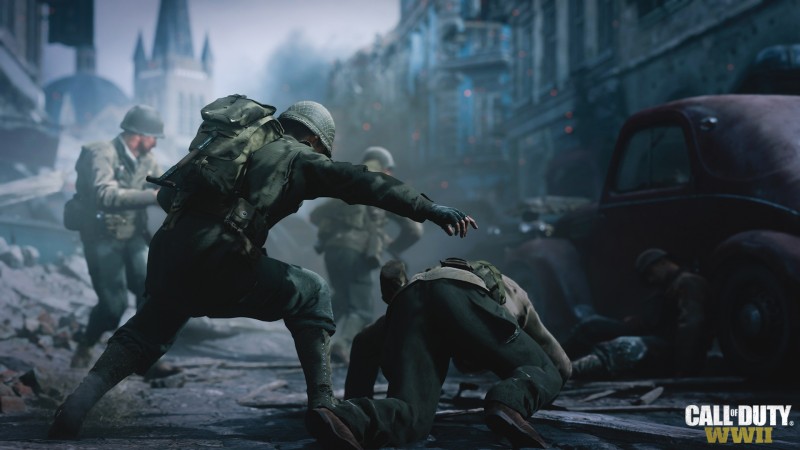 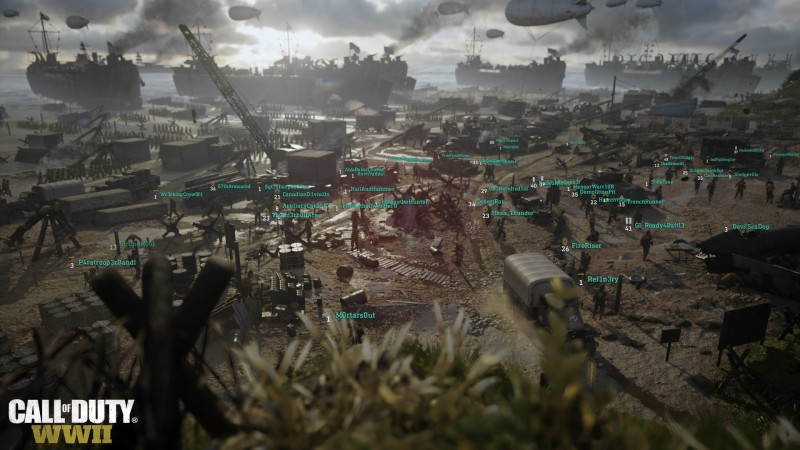 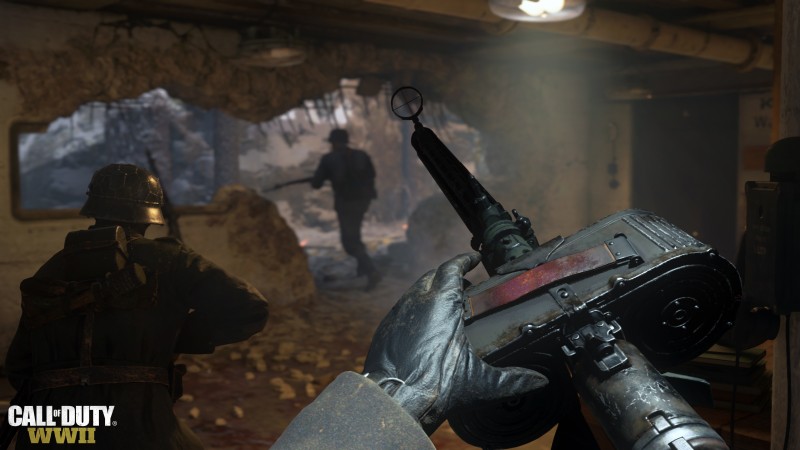 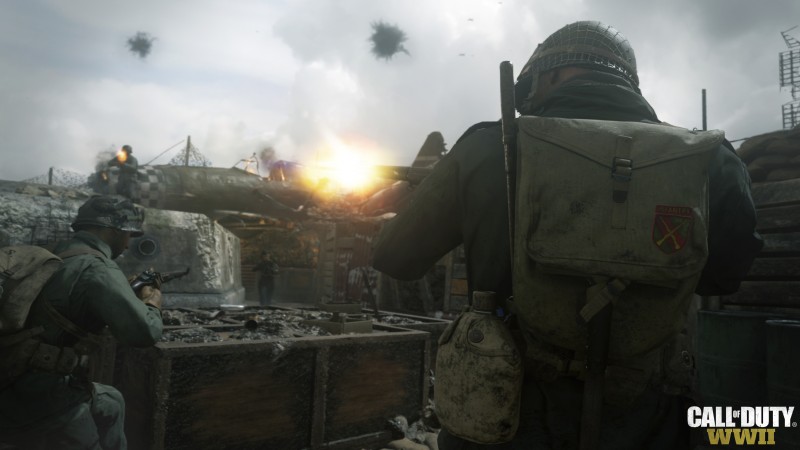 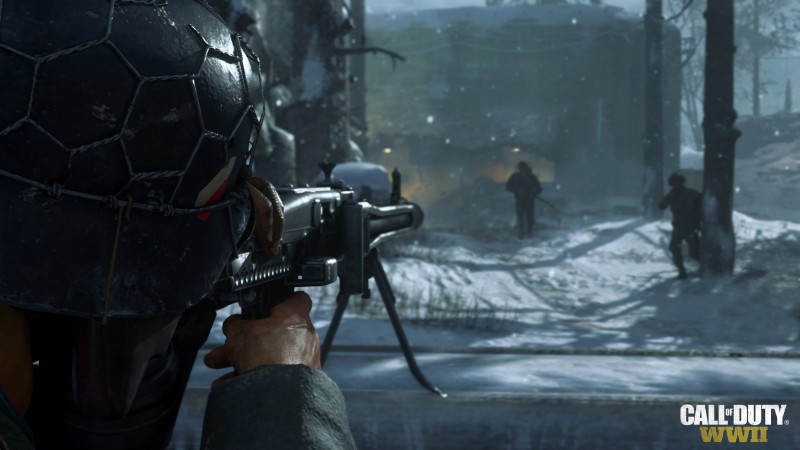 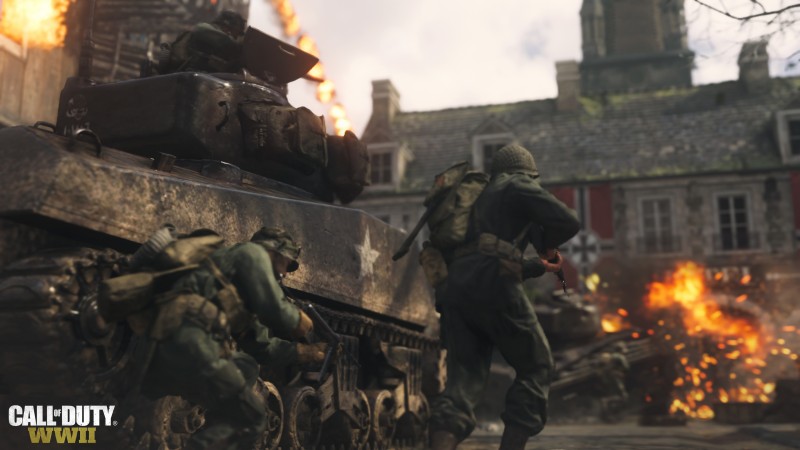 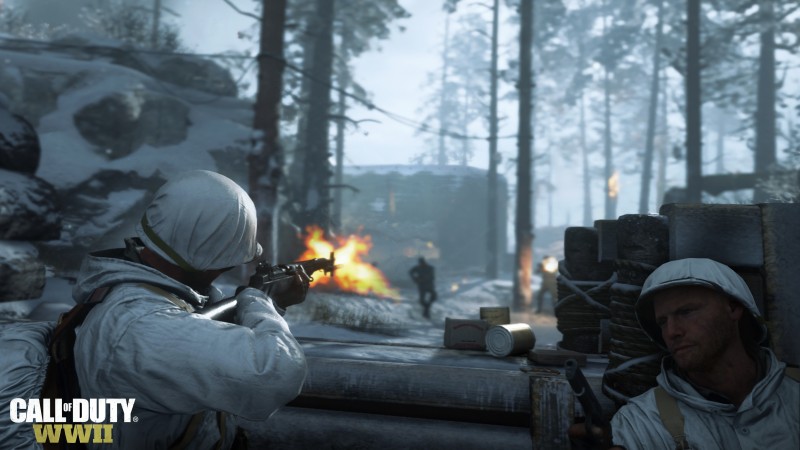 8.75
About Game Informer's review system
Concept
Explore a historically rooted campaign, spooky puzzles in zombie mode, and class-based customization with a social hub in multiplayer
Graphics
The big moments like landing at Normandy look incredible. You can almost taste the spray of the water hitting the Higgins boats
Sound
Classic WWII sound effects and the ping of the Garand clip combined with a solid score place you directly in the middle of 20th century warfare
Playability
Easy to pick up and play, with plenty to master as you drill down into various playstyles for advanced rewards and loadouts. The Nazi Zombies mode is more accessible than ever, without sacrificing daunting and devious secrets
Entertainment
While the campaign suffers from uninspiring cliches and endless killing fields, the multiplayer options are excellent and bring the series back from the future
Replay
High