If you missed Activision's pre-E3 Call of Duty: Ghosts live stream, you may still be wondering why everyone is fawning over "the dog." Riley (the canine companion who made his debut during the Xbox One reveal) is an invaluable member of your small team. The extended trailer below shows why.

Riley can stealthily prowl around enemies, picking off lone guards one by one. He's also used in some of the set piece moments that the franchise is known for, as you'll see at the end of the video. Be sure to also read our coverage from E3 2013.

Call of Duty: Ghosts arrives for PC, Xbox 360, and PlayStation 3 on November 5, 2013. PlayStation 4 and Xbox One versions will come later. 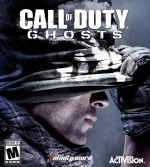