With its third entry, HAL Laboratory proves that Boxboy (which is now safe to call a full-on series) has room for plenty of creativity beyond simply making platforms with boxes. Players control Qbby, a box who can create other boxes out of his body. For the third entry, Qbby can now create bomb boxes, rocket boxes, and more. These additions allow players to approach puzzles in new ways, making the third entry in the trilogy the best of the bunch.

New rocket boxes blast your boxes into the air. You can use them to reach out-of-the-way switches, or leave the rockets attached to fly into the air, which is a joy. Bomb boxes let you create new paths in the levels and destroy obstacles, which changes how you overcome dangerous lasers and spikes. The portal boxes allow you to switch spots with your furthest box, creating new solutions and leading to many exciting and surprising epiphanies. Finally, the remote control box lets you place a row of boxes anywhere you want in the environment. Each of these new abilities is unique and fun, and completely changes how you approach the puzzles. Additionally, none of them overstay their welcome, constituting their own sets of levels.

The game is split about half and half between puzzles using the new boxes and puzzles using Qbby’s standard abilities. For the more classic puzzles, Qbby uses his boxes to make platforms, hit switches, travel, and block killer lasers. The levels based on his old powers are still a lot of fun to solve, and inject new environmental obstacles, like gravity shifts and dangerous black hole areas. These levels also occasionally add the need to protect and transport the Qbabies. Protecting NPCs is tricky, but the Qbabies take good care of themselves and are genuinely helpful, making their levels far from being a chore.

Bye-Bye Boxboy has an imperceptible story, as well as familiar returning characters like Boxgirl, and a slightly taller version of Boxboy. I like the narrative moments for their strangeness, which has Qbby and Qbabies fighting some kind of abstract evil, but the story highlights continue to be in the unlockable comics. These have some limited dialogue and are strange character moments that poke fun at the whole concept of a box-being that makes more boxes out of itself.

Despite the title, Bye-Bye Boxboy does not feel like the conclusion of a trilogy. The second game added more variables to the main puzzle-solving mechanic, but the third entry feels new and different. I would absolutely play another Boxboy if it continues to experiment with abilities like it has here. But if Bye-Bye Boxboy does mark an end for HAL’s quirky puzzle series, then it ends on a high note. 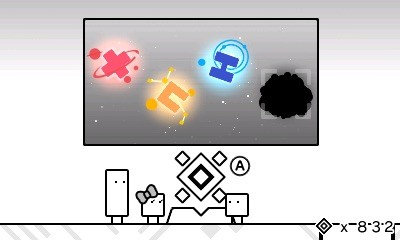 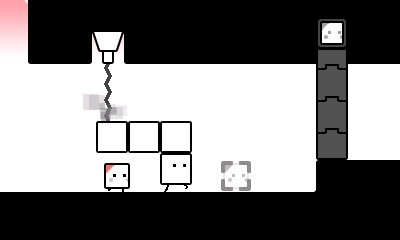 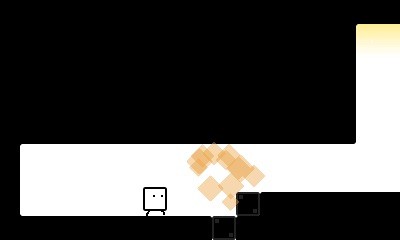 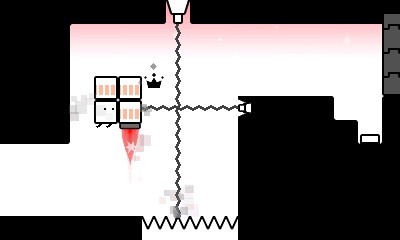 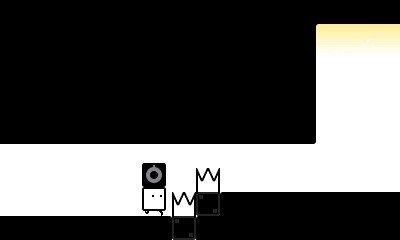 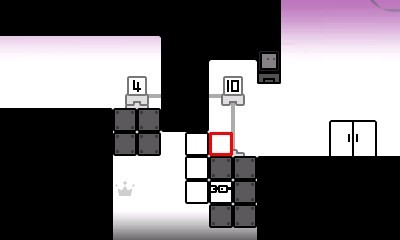 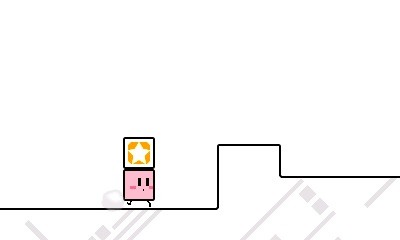 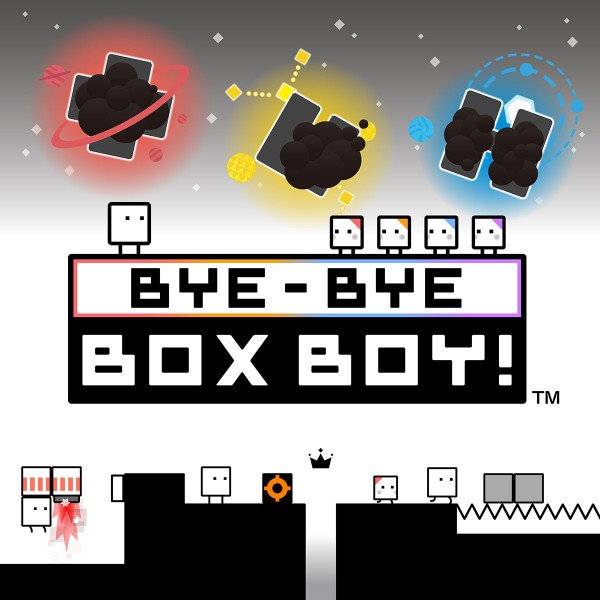 8.5
About Game Informer's review system
Concept
Qbby works to save the Qbabies with new abilities that dramatically affect puzzle solving
Graphics
The third Boxboy game is the first to add color. Black lines on white backgrounds still make up the overall look, but the splashes of red, orange, and blue help to make this entry stand out
Sound
Subtle and quiet, the music won’t get stuck in your head, but I like how it fits with the stark aesthetic
Playability
Qbby moves and jumps well, and his new powers fit right in and control flawlessly
Entertainment
Bye-Bye Boxboy marks a high point for the series, and has some of my favorite puzzles in the trilogy
Replay
Moderate