Bravely Default harkened back to the classic era of JRPGs, for better and worse. A wonderfully diverse selection of job classes and the novel Brave/Default system breathed new life into the turn-based battles, but the adventure was dragged down by its abysmal exposition and a repetitive campaign that required playing through the main story five times in order to reach a satisfying conclusion. Bravely Second only manages to shore up some of its predecessor's problems, but the rich combat continues to shine.

Bravely Second takes place a few years after the events of the first game, in a newly united Luxendarc. Agnes, now pope of the Crystal Orthodoxy, has brokered an alliance with the religious order's long-warring rival, the Duchy of Eternia. Before the treaty can be signed, however, a mysterious new villain named Kaiser Oblivion kidnaps Agnes and declares his intent to destroy the world. Returning heroes Tiz and Edea Lee team up with two new characters to save the day: Magnolia, a monster-hunting warrior from the moon, and Yew, Agnes' happy-go-lucky bodyguard who failed to protect her the first time around. Unfortunately, the opening hours of the new quartet's journey are a real drag. Grinding your way through random encounters is required almost immediately thanks to a few cheap boss battles, and without side missions to earn new jobs at this stage, you're stuck using basic attacks and guzzling potions for health. I enjoyed very little of my first six hours or so with the game, as I burned through tutorials and became reacquainted with the world and characters.

Once Bravely Second started introducing new job classes, however, I quickly fell back in love with the combat. The ability to mix and match a primary skill set, a secondary skill set, and a sprinkling of random support skills for each character allows you to design the party of your dreams, while also experimenting with new builds whenever you see fit. Assembling a crew of beastly warriors and wizards and then steamrolling your way through fights never gets old, and kept me interested in progressing even when the story did not. Thanks to Bravely Second's victory streak mechanic, thumping underpowered foes is also lucrative. This new system allows players to queue up multiple waves of enemies during random encounters, which doles out massive cash, XP, and job point bonuses at the end of the match. The streak ends if your enemies are alive to take their first turn, and figuring out how to game – or outright break – the system is half the fun (hint: Rangers and red mages go well together). The victory streaks drastically hasten the grind for higher levels and new abilities, alleviating one of the major faults of the first game.

Instead, the biggest grind in Bravely Second is the story. Quests still require you to backtrack all over the map only to listen to inane conversations that drag on for far too long. I don't mind the series' tongue-in-cheek humor, but it constantly undermines the drama. It's hard to take all the betrayal and tragic backstories seriously when Yew is constantly proclaiming that the next battle will be his "coup de gravy." The side quests are even more absurd. Each one puts you in the middle of a conflict between two characters sporting new job classes, then forces you to choose between them. You only receive the job of the character you defeat in battle, which creates a discord between where you want the story to go and which job you want to add to your roster. I would have loved to help the reformed thief protect the water supply of his poor, desert-dwelling brethren from an unscrupulous red mage, but I also wanted his Mug ability to relieve bosses of their high-end items, so down he went. After a few side quests, you realize that your decisions don't actually matter from a narrative standpoint (everything always works out), so you're free to pursue the jobs that interest you most. As with Bravely Default, a mid-game event in Bravely Second resets the world, tasking you with completing all the missions a second time. That you only have to play through everything twice instead of five times may seem like little consolation, but the return trip is a drastically abbreviated and slightly enhanced experience. Most side quests allow you to skip past the boring dungeons and get to the boss fights quicker, and the new choice format allows you to fight a different opponent and gain a new job (unless you make the same choice again for some reason). You also run into new and tougher enemies during random encounters, and are privy to some new conversations (which still aren't really worth your time). The mid-story reset is still a lame way to extend an already lengthy game, but everything comes together with a satisfying run of final bosses that are challenging without being cheap. As dumb as the story is, I couldn't help but smile at where all the characters end up.

Even with 60+ hours' worth of gameplay, some parts of Bravely Second's skeleton are still surprisingly bare. The dungeons offer little more than a few treasure chests and basic switch puzzles, and a surprising number of environments – both dungeons and cities – are recycled from the first game. At the same time, the story is bloated with sappy and often pointless conversations. While trying, these shortcomings did little to dampen my enthusiasm for creating the perfect party and charging them into battle. The Bravely series is still in need of a deft editor, but the combat systems reign supreme. 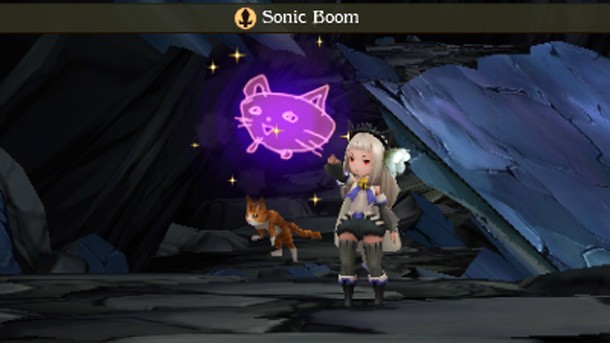 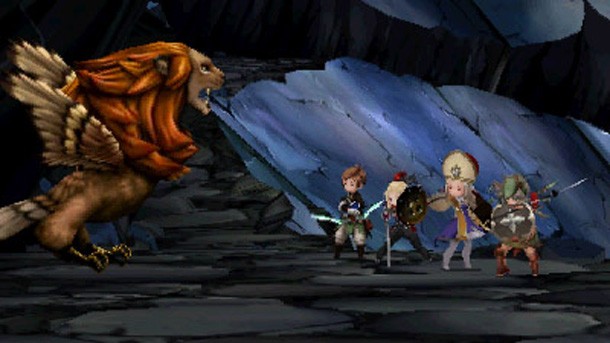 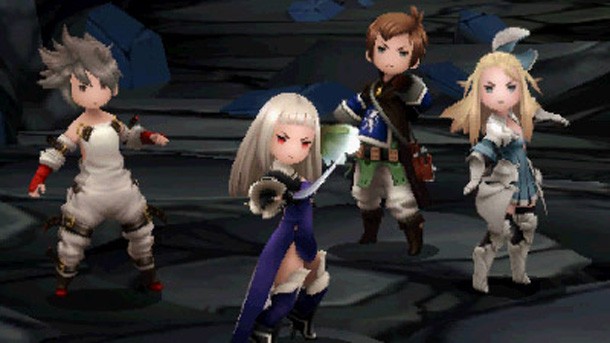 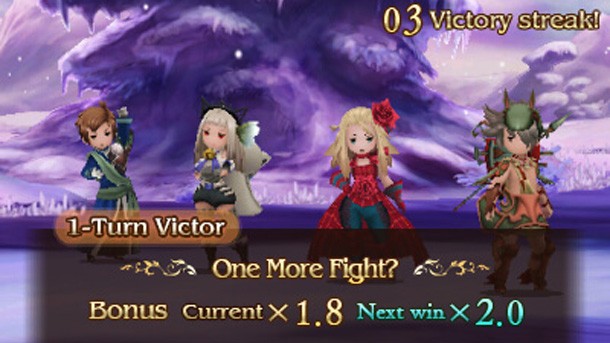 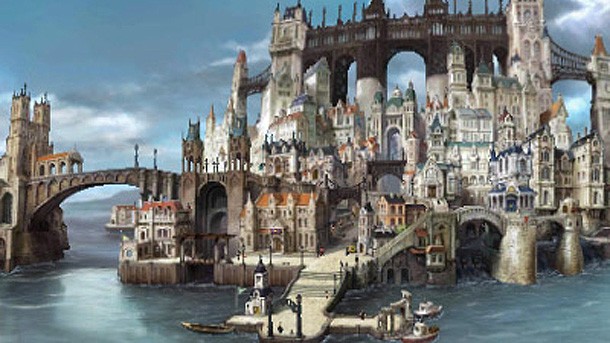 7.5
About Game Informer's review system
Concept
Build on Bravely Default's robust job pool and top-tier combat while trimming some (but not enough) of the fat
Graphics
The visuals are virtually identical to its 2014 predecessor, which isn't a bad thing
Sound
Aside from a few annoying voice actors and overused tunes, the aural offerings complement the adventure
Playability
Queueing up combat commands and navigating the world couldn't be easier
Entertainment
Enjoying everything Bravely Second has to offer still requires putting up with a lot of filler
Replay
Moderate