If charm and whimsy were the defining traits by which we evaluated games, Botanicula would get a perfect score. As it is, those elements carry the game a long way towards being fun. The rest of the credit goes to some clever implementation of some very old-school adventure game concepts, like hunting for clickable objects on screen or finding the right item from one place to utilize at another location. These simple (some might say tired) mechanics are given fresh life in Botanicula through puzzles that walk that fine line between easy and difficult.

A lone tree seed has fallen into the branches of its parent tree, and only the inhabitants of that tree have the wherewithal to get this new life into the soil before a menacing spider creature devours it. Five friends – Mr. Lantern, Mrs. Mushroom, Mr. Poppy Head, Mr. Feather, and Mr. Twig – come together to get the job done. In an unusual twist, players control the entire group of bizarre heroes as they pursue their adventure. Each mouse click sends the eclectic group skipping off to a new location. Sometimes, only one of the five has the unique skills needed to gather a well-protected feather, pluck a distant flower bud, or save a baby chestnut and return it to its mother. Most of the puzzles along the adventure are intuitive and offer some unique twist on expectation. One forces you to shake your mouse back and forth to scatter the seeds of a dandelion. Another demands you tilt the frames of paintings in the background to find what hides behind them. Even later in the game, most of the interactions remain simple, even if some of those same puzzles require significant consideration and thought.

The world of Botanicula is enchanting, brimming with personality and humor. Like an extended Pixar short film, no words or writing are needed to communicate emotion or the childlike narrative. Instead, a wonderful score of strange sounds and nonsensical voices combine with an entire ecosystem of creatures and plants to create an unforgettable environment. Like the best fantasies, Botanicula’s world is grounded in human feelings and easily identifiable character motivations, so when the game shoots off into wild flights of fancy and surreal imagery, the player is happy to go along for the ride.

As delightful as Botanicula is at times, it goes wrong in a few important ways. A handful of puzzles are based on trial and error, and don’t reset after departing the room, so you can end up making things worse for yourself just by experimenting. A few other situations, (one particularly nasty maze comes to mind) require too much mouse agility for a game that is otherwise about careful thinking and observation. Finally, presumably in an effort to make the latter levels feel more advanced, navigation between areas becomes maze-like. Moving between screens at this point is more distracting and frustrating than it is enjoyable.

By its nature as an exploration-focused adventure game, Botanicula has a deliberate pace, and the lack of direct control over character actions might irk some players. Old-school adventure gamers are in for a treat, and should absolutely put this on the playlist. In fact, if those same gamers are ready to pass their enthusiasm on to the next generation, Botanicula seems tailor-made to be enjoyed by a parent and child. 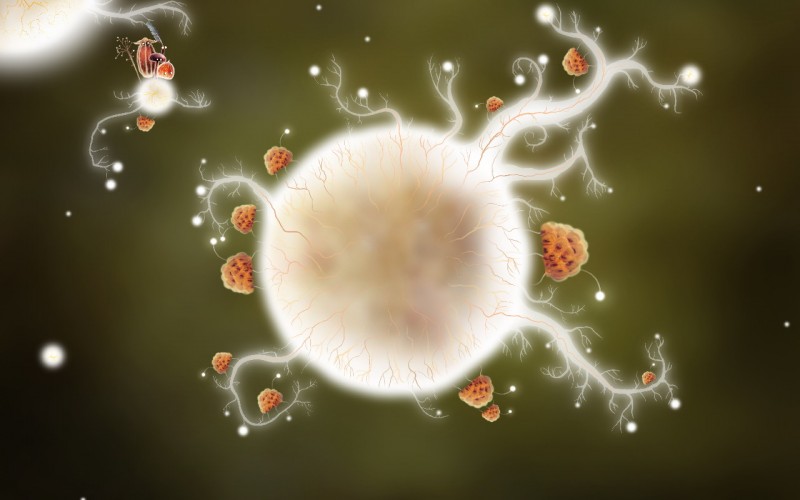 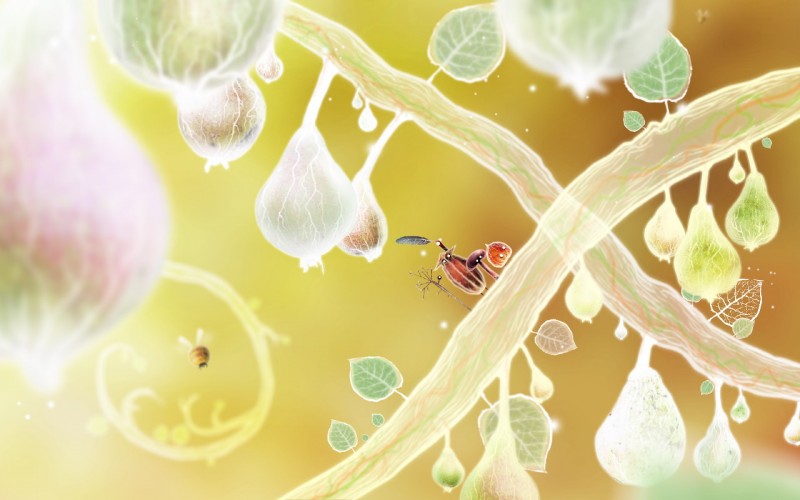 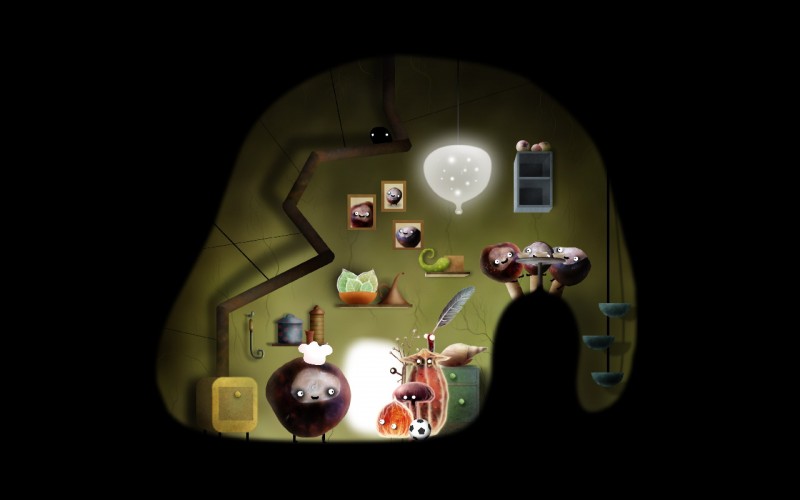 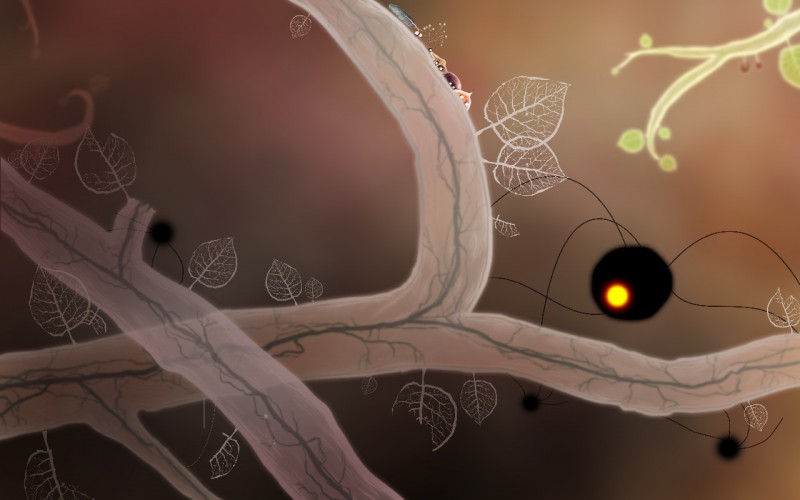 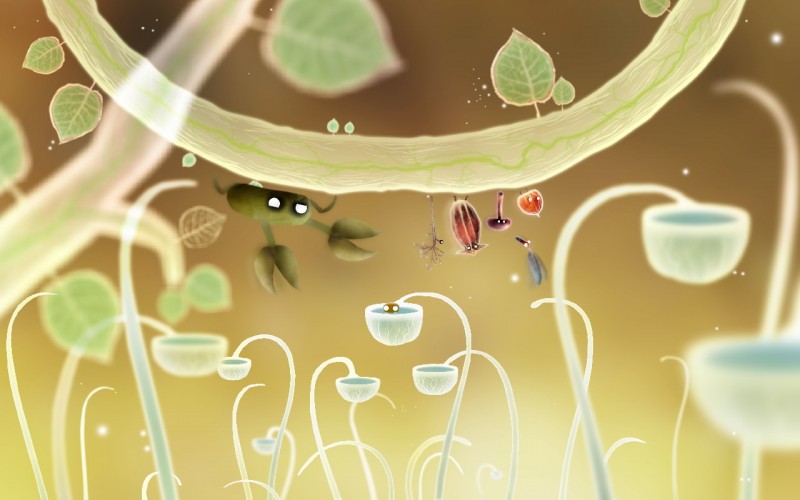 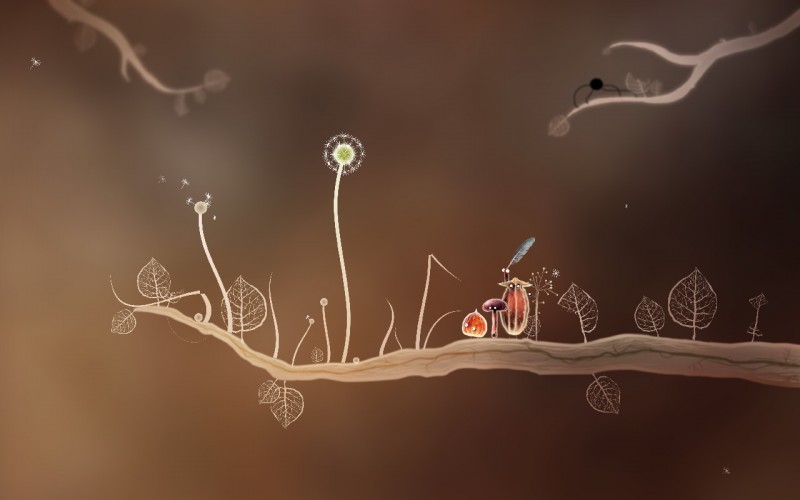 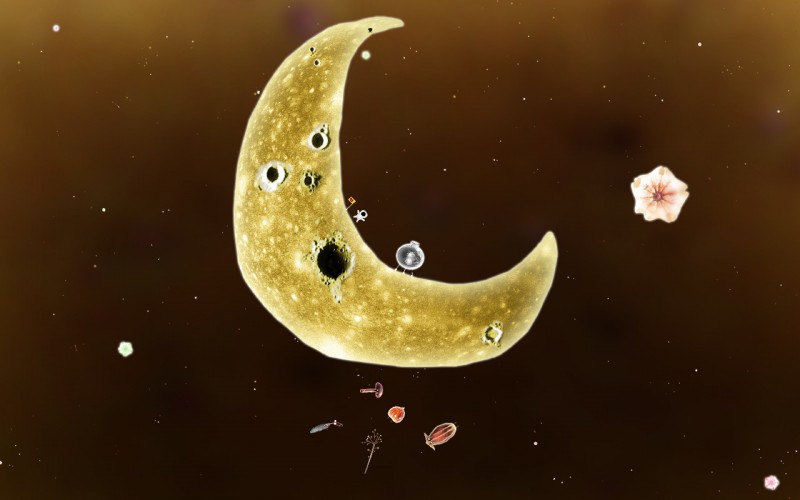 8.25
About Game Informer's review system
Concept
Five bug-sized friends set off on an adventure across the tree in which they live
Graphics
The creatures and plants in this tiny world are full of life and humor, thanks in large part to their artistic presentation and animations
Sound
Charming music and nonsense voices add tremendously to the smile-inducing scenes
Playability
Things can't be much simpler than moving a mouse around the screen
Entertainment
A classic and well-designed point-and-click adventure wrapped inside a modern visual and audio presentation
Replay
Moderate 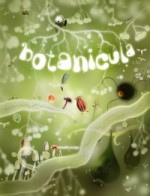