Developer Castle Pixel's affection for The Legend of Zelda: A Link to the Past is immediately and persistently evident in Blossom Tales: The Sleeping King. With sprawling dungeons, enjoyable puzzles, and intense boss battles that deliver new twists, it's a worthwhile adventure despite relying on the tried-and-true formula of Nintendo's classic series.

Blossom Tales puts you in control of Lily, a new knight serving the Kingdom of Blossom. Shortly after she's knighted, the king is put in a slumber by his brother, the evil wizard Crocus. As the new recruit, you venture to distinct regions of the world to find three key ingredients that can awaken the king.

While lacking in the design sophistication of Nintendo's enduring masterpiece, many of the trappings of A Link to the Past are used heavily throughout the adventure. You set out with just a sword, but later find items like a bow, a boomerang, and bombs. But just because the mechanics are familiar doesn't mean they aren't fun. Each of the four dungeons is long and diverse, giving ample enemy encounters, puzzles, and boss battles. Though all the dungeons are great, I love the fire-themed one the best. Battling through legions of flame monsters and a bullet-hell miniboss is a rush that is finely balanced with methodical, thought-provoking puzzles where you must track a path to activate all the tiles without stepping on any you already activated.

The action sequences only intensify as you work through this 10-to-15-hour adventure. My adrenaline began pumping as I ran along a narrow, falling walkway, avoiding projectiles from turrets on the wall and slashing at enemies in my path. However, the puzzles stick out in my head as my favorite parts of the dungeons, as they continually build on top of the simple concepts as you play on. The aforementioned tile-activation puzzle is the most common concept, but my favorite style tasks you with rotating differently shaped tiles to connect circuits to get power to its destination. These puzzles were never difficult to the point where I was stuck for an extended period, but they often made me stop and think about the solution for a bit.

Exploration across the multiple regions is rewarded well. In addition to the typical heart pieces and magic gauge upgrades, you can also uncover awesome new weapons and abilities. I was stuck on a boss in a dungeon, so rather than repeatedly trying to fight him, I explored the world and upgraded my bow to fire three arrows at once, making the fight much easier. My favorite optional ability comes late-game with the discovery of the powerful fireball spell, which destroys almost anything in its path. The feeling of discovery abounds. As you explore, you uncover sidequests that give you reasons to revisit old regions, fun minigames that give you worthwhile rewards, and hidden treasure chests.

Blossom Tales is set up as a bedtime story being told by a grandfather to two young children. This convention delivers some cute moments, using the grandfather as an unreliable narrator at times. Sometimes, the kids interrupt the grandfather, arguing over what Lily should fight next and the player must choose between two options. It doesn't happen often, but I enjoyed the few times it popped up.

Despite some new ideas, Blossom Tales can rely too heavily on aping a 25-year-old game. The visual style, the overall structure, and the gameplay plays like an updated version of A Link to the Past. At times, it seems less like an homage and more like an unlicensed bootleg of that classic title.

Fun puzzles, exciting dungeons, and satisfying exploration makes this retro-style title a joy to play through. With loads of Zelda inspiration and fun, new takes on puzzles and boss battles within the beloved formula, Blossom Tales: The Sleeping King is a delightful take on a familiar style. 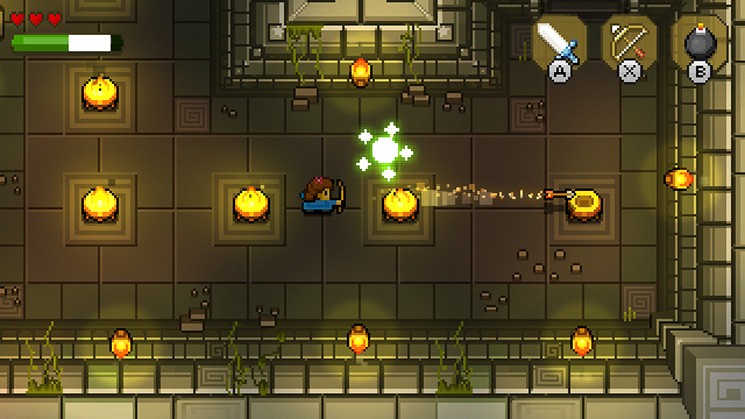 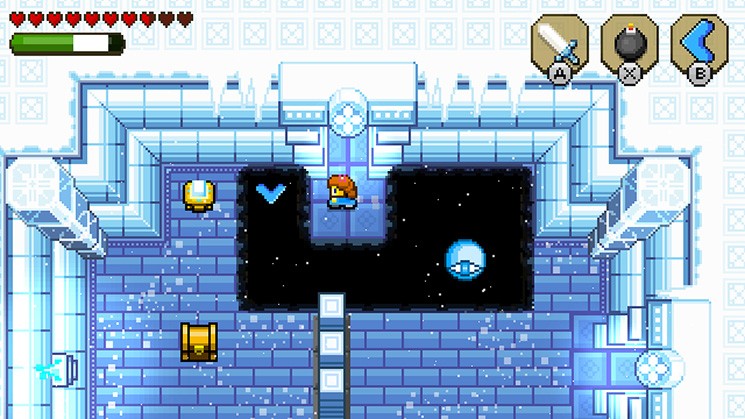 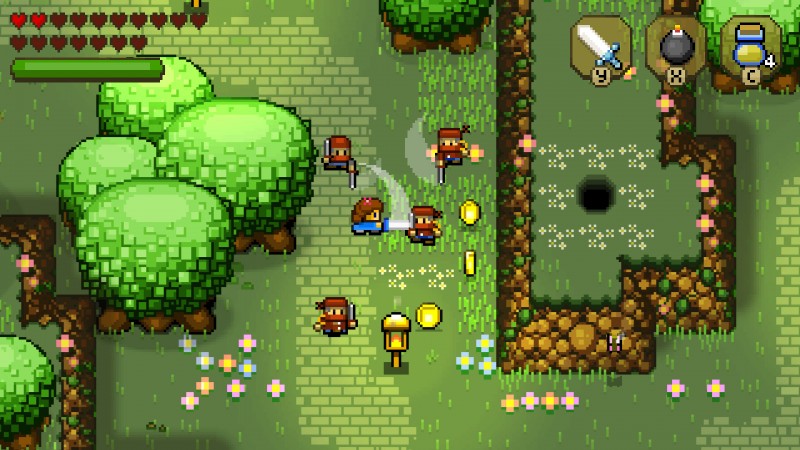 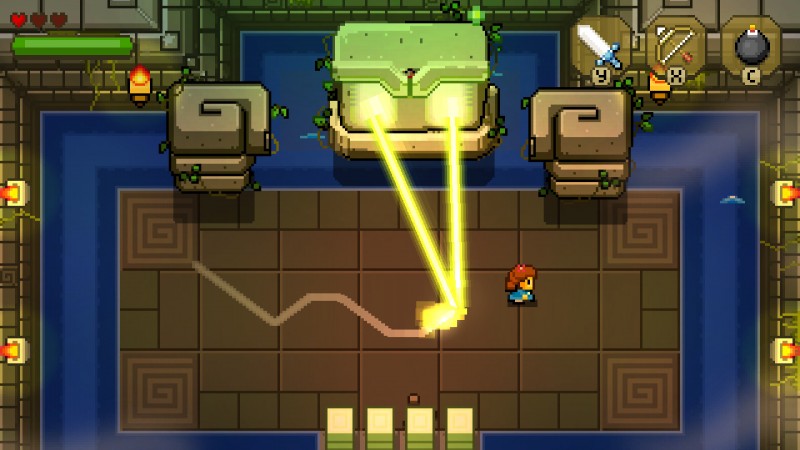 8
About Game Informer's review system
Concept
Pay loving homage to retro Zelda games through a thoroughly entertaining top-down adventure
Graphics
Pixelated graphics and bright colors achieve the look of a game from the early ‘90s
Sound
A consistently good soundtrack is pushed to greater heights thanks to the inclusion of a few standout tracks
Playability
Simple controls allow anybody who’s ever played a top-down action game to jump right in and have fun
Entertainment
Whether you’re scouring the overworld for secrets or delving into the dungeons, Blossom Tales is a delightful take on a beloved genre
Replay
Moderate