Sharp Shooting Through A Complex Tale
by Kimberley Wallace on May 02, 2013 at 07:46 AM
Publisher: NIS America
Developer: Imageepoch
Release: April 23, 2013
Rating: Teen
Reviewed on: PSP Black Rock Shooter's release sneaked up on me. The project was originally announced by NIS America back in 2011, but the company hasn't said much about it since then. As time went on, a western launch looked bleak, but NIS America announced a release date at the beginning of April, and by the end of the month, Black Rock Shooter was out on the Playstation Store. Was the under-the-radar title worth the wait? Black Rock Shooter does exactly what a handheld title should with its short missions and accessible-yet-deep gameplay, while still surprising me with an intriguing and touching narrative. Imageepoch's latest provided me more than I expected in terms of entertainment, but it's not without flaws.

The narrative starts off slow and dull, throwing you in battle and hoping the firearms are engaging enough. The titular character (yes, she's named "Black Rock Shooter") has piercing eyes, wears all black, carries a gigantic gun, and rides a motorcycle. While she has a tough exterior, there's not much going on in the personality department, since she's suffering from amnesia. Black Rock Shooter was created as a weapon, but whether or not she is human is a question the game explores.

Though the plot is initially disappointing, I was hooked once the twists started appearing. The tale takes some tragic turns, and makes you empathize with Black Rock Shooter. Harsh and heartwarming at the same time, the narrative depth is impressive for its short duration (I beat the game in a little under 10 hours).

Combat consists of Black Rock Shooter engaging enemies on the battlefield that charge straight at her. The action-oriented battles revolve around attacking, dodging, and guarding, forcing you to properly manage all three of these abilities. Spamming attack and dodge causes you to overheat, which prevents any actions from being taken, meaning you have to approach combat judiciously.

This balancing act makes combat tense, forcing you to adjust strategies on the fly. On the other hand, being punished for using defensive abilities effectively is frustrating, especially considering that some enemies strike with multiple attacks that require repeated dodging. Thankfully, the other skills you unlock don't contribute to overheating, but they do operate on cooldown timers. These useful powers prevent battles from becoming drawn-out by letting you do things like negating attacks for a time or hitting multiple enemies with a powerful strike.

Black Rock Shooter features six stages, each consisting of about six missions. As a bonus, stages have side missions - mostly killing a certain enemy a set amount of times - which unlock better skills. Some of these can be cleared during regular play, though others require backtracking through the same dreary stages.

The experience gets repetitive fast. Enemies lack variety, and missions revolve around the same objectives - either chasing a character, destroying generators, or blasting through minibosses. You don't even have much incentive to explore outside of a few stray chests, making the gameplay structure predictable and tiresome. Even levels where you get to drive a motorcycle lose their allure.

I found regular battles fairly easy, but boss battles gave me the challenge I was looking for, forcing me to stay a step ahead of my enemy and anticipate their attacks. Dodging at just the right moment before a massive attack hit and escaping death by milliseconds is thrilling. The frenzied battles held my attention and I learned quickly that a lack of focus could cost you a victory. Alongside the late character interactions, boss battles are where the game shines. Too bad the same creativity and unpredictability doesn't extend to the regular battles.

Black Rock Shooter is competent at what it does and, for the most part, entertaining to play. However, it could use a bit more polish and imagination in its design. It doesn't turn the genre on its head, but with my guns blazing through the chaos, I found a more meaningful story than I expected. 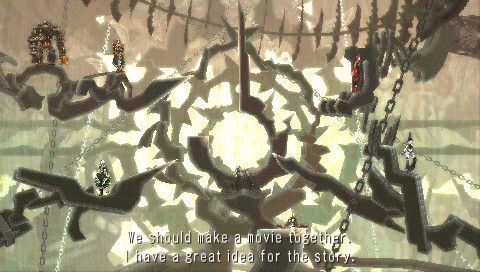 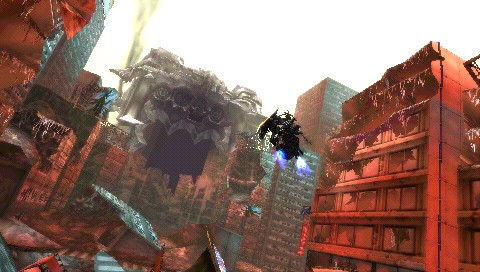 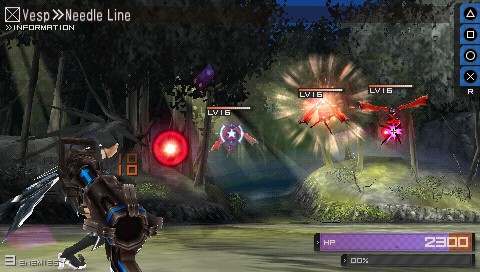 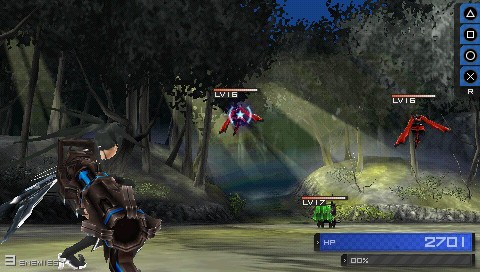 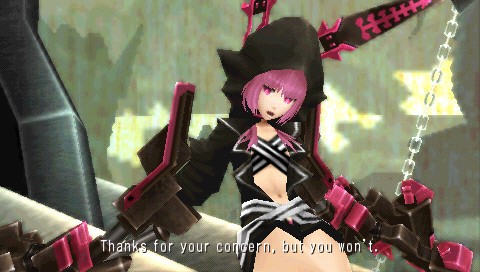 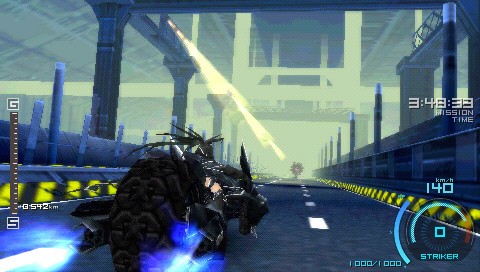 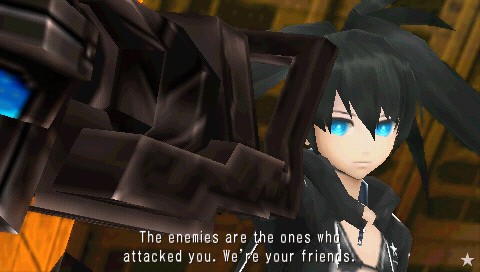 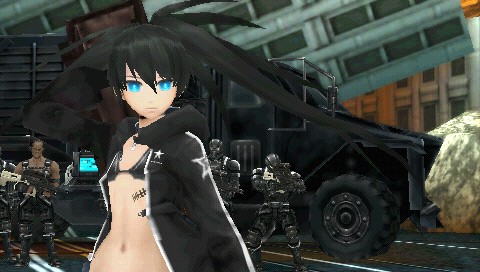 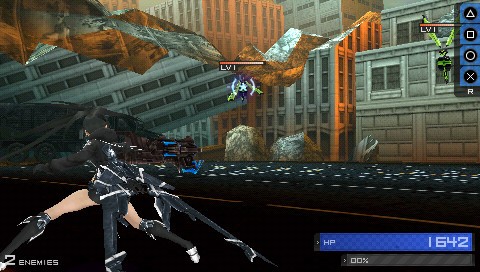 Black Rock Shooter has plenty of edge, while also offering a touching story. But does gunning down enemies get tiresome after a few levels in this licensed game?

Purchase More Info
7.25
i
Game Informer's Review System
Concept As an instrument of war, shooting aliens is your responsibility in this licensed title
Graphics The characters are vibrant and edgy, but the backdrops are hit-and-miss
Sound The punchy music is full of variety, complementing the different settings
Playability Easy-to-grasp controls with short missions make this a worthwhile pick-up-and-play title
Entertainment With intense combat and an engaging story, Black Rock Shooter is solid – but it’s not without shortcomings
Replay Moderate