For one fluttering bat-second, I thought Telltale Games had a shot at telling a Batman story without Batman. The mask. The gadgets. The cape. None of it mattered at that moment – my focus was instead on the debonair Bruce Wayne, who appeared to be manipulating Gotham’s political landscape liked a skilled puppeteer.

The idea of a game focused on Bruce Wayne may sound absurd, but Telltale’s scribes do a great job of establishing the belief that Bruce’s wealth can be just as powerful of a weapon as Batman in the opening moments of Realm of Shadows, the first episode of a five part series. Bruce has mayoral candidate Harvey Dent wrapped around his finger. One of Gotham’s oldest families will throw money at anything Bruce deems worthy. We also see Bruce deftly deny the political advances of Carmine Falcone, one of Gotham’s most feared gangsters, who wastes no time establishing himself as a threat. Bruce’s importance and power in Gotham loom large. In this one, brief moment, Telltale has something special on its hands.

Just as the table is set for a different type of Batman experience, Telltale flips it over, and the episode quickly loses its way, often slowing to a dull crawl, even when the Caped Crusader comes into play. The insistence on using Bruce extensively isn’t the problem – the story just comes up flat and doesn’t find a pulse again until the surprising twist at the end.

Bruce also loses his way as a character, almost becoming unhinged to the point that he looks like an Arkham Asylum escapee. In one moment as Batman, the player can torture a subdued enemy who is dangling from a cable. I smashed the enemy’s face with a lead pipe and then broke his arm, all in an attempt to gather information on Falcone. Part of this falls on player choice (you may not hurt this man at all), but the decisions players can make are all over the map, and at any given time, Bruce can look wildly unstable, depending on how the cards are played.

If this is a story of Bruce falling down and becoming a monster (which it could very well be) Telltale isn’t telegraphing it well. I don’t want to give away too much of the set up, as many of its advances are meant to be surprises even for long-time Batman comic readers, but the hallowed Wayne family name is under attack in a fairly clever way. As I mentioned earlier, the political landscape of Gotham is also unstable. A popular villain finds new life in this episode and is much different than you would expect. I think I like where Telltale is going with this character, but it’s too early to tell. This is all interesting to a degree, but not a lot happens with any of these plot points. Something big is brewing, but we’re just getting a faint whiff of it, and can’t really make anything out at this point, and that's by design.

The biggest loser of this episode is Batman. I almost get the impression that Telltale consciously made an effort to amp up the action in the Batman sequences to counter the lack of it found in Bruce’s. Quicktime events are fired off in rapid succession, almost becoming comical in how many times button commands flash onto screen. The action itself is fun to follow, and is more cinematic than Telltale’s other works. Batman’s grapple is used extensively, and Telltale isn’t afraid to pull the camera back to let Gotham become a central focus on the shot. But again, little fun is gained by this delivery of action. Even messing up commands brought little in terms of fail states or even an alteration in the action sequence.

Batman’s detective work, which is action tailored more toward Telltale’s style, is surprisingly shallow, and void of actual detective work. When Bruce surveys a scene, the player mostly just needs to interact with every point of interest to progress the sequence and story. Some points need to be linked together for Batman to give his analysis, but don’t expect to piece these mystery together in an interesting ways. It’s simple busy work that anyone can figure out.

As much as I’d like to applaud Telltale’s decision to focus on Bruce Wayne over Batman, he proves to be a difficult character to get to know and like in this first episode. His emotions are all over the place, and the player choice options tied to his actions don’t present a clear picture. And more tragically, Batman just isn’t a fun character to control here. Yes, he has wonderful toys and speaks in a cool robotic voice, but he plays more like an old Dragon’s Lair arcade machine than a superhero or vigilante. The quicktime events may work periodically when escaping a zombie in The Walking Dead, but they don’t deliver Batman martial arts well, at least in this episode.

The hook at the end of this episode has me intrigued for what comes next, but be warned, this is the roughest (and slowest) start to a Telltale series yet. 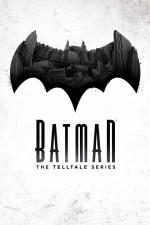 Bruce Wayne is the central focus in this uneven, but interesting first episode of Telltale's new series.

Purchase More Info
7
i
Game Informer's Review System
Concept A story-driven Batman adventure that focuses more on the man behind the mask
Graphics Certain shots zoom out to show the immense scale of Gotham. The lighting and animation are slightly better than Telltale’s previous series
Sound Excellent voice work from the entire cast, but Alfred is a serious buzzkill, almost always reflecting on the death of Bruce’s parents or the problems with his character
Playability esses
Entertainment A few points of political intrigue are quickly washed away as the story adopts a greater mystery. Many of the sequences are surprisingly slow with little in terms of character or plot development
Replay Moderately low