If Bruce Wayne hangs up his cape and cowl to pursue a normal life, he should consider becoming a repairman who specializes in air conditioners and security systems. In Batman: Arkham Origins Blackgate, he spends an exhaustive amount of time crawling through Blackgate Penitentiary’s air ducts and using his gadgets to interact with a wide variety of electronics. He’s employed these techniques in all of his Arkham adventures, but never so intently.

This is developer Armature Studio’s first original title, and it’s an ambitious effort that establishes a tantalizing foundation for a 2.5-D Batman experience in the vein of the classic Metroid games. In specific environments, Batman can grapple to a platform in the background, round a corner, or use a vent to progress deeper into the complex, but no matter where he ends up, he can only move to the left or right. All of his progress is tracked on a map that makes it easy to pinpoint unexplored areas and unopened doors. Getting to these desired locations is another story altogether.

Batman is no stranger to poorly managed prisons, but Blackgate is the worst of the bunch. Sections of this facility are crumbling from age and the duress of inmates on the loose. While Joker, Penguin, and Black Mask pose a threat to Batman and any of Blackgate’s staff, the prison itself is the greatest adversary he faces, and is the element that makes the gameplay unsuccessful.

Almost every one of Blackgate’s rooms has a secret to tell – whether it’s a hidden passage or a collectible tucked off in the corner. If players don’t examine an environment fully, they could run past the same brick wall a dozen times and not know an entrance lies behind it. Many of the destructible environmental pieces give no indication that players should interact with them, and too often these well-hidden zones are tied to the critical path. Viewing the map may reveal that a particular room connects to another one, but the entrance cannot be found unless Batman scans the area. This is handled through a maddening process tied to Batman’s Detective Vision. To scan an environment, the player must place a finger on the screen for roughly five seconds to determine exactly what can be interacted with. Even if you know a ceiling is collapsible, or a lock needs to be electrified with a batarang, they cannot be targeted without first conducting a scan. Even if a solution to a puzzle is staring you in the face, you have to jump through this unnecessary hoop before you can solve it.

The reliance on Detective Vision leads to a thorough-yet-unfulfilling way of exploring Blackgate. When Batman enters new areas, he may run into inmates and henchmen who are on patrol for their bosses. Some of these encounters end up being a blur of punches and kicks, while others push the player to use stealthy tactics to drop heavily armed thugs. Most of these battles are over in a flash. The stealth sequences are usually nicely designed, allowing Batman to make good use of the environment to silently dispatch his opponents, but you are rarely asked to remove more than three or four enemies at a time.

The head-to-head battles don’t fare as well. Blackgate’s version of the free-flow combat system handles melee strikes and counters admirably, but lacks the intensity found in the other Arkham titles. Part of the problem is that Batman can easily keep foes at bay when they are only striking from the left or right. Most of his adversaries also appear to be pacifists; they rarely take advantage of attack windows, and are knocked out after a few punches. That flow where Batman is bouncing from one adversary to the next is never established.

Once an area is cleansed of its threats, it remains that way for the rest of the game. I’ve never been a big fan of regenerating enemies, but this title could have used them, given just how heavily it relies on backtracking. Whenever you obtain a new gadget, it leads you back through Blackgate’s previously explored zones – except the only gameplay available is re-examining every area. Although the map can help you keep your bearings, it doesn’t fully illustrate how the complex is linked together. A vent off of the beaten path could be the only entrance to the area you need to enter next, but the map doesn't show you that.

Again, the game pushes you to be overly thorough, and it isn’t always fair in doing so. Some of the critical path access points can only be accessed if Batman is standing in a precise, nondescript location. Thanks to the 2.5-D design, the map can also be tricky to navigate. Running right in an environment could lead to Batman moving left on the map. Up becomes down. It’s way too confusing for its own good, and no, Batman isn’t suffering from a Scarecrow toxin. I made no attempt to collect all of the secrets in the game, yet managed to locate most of them just by trying to stay on the critical path.

The concept of Batman tailing the Joker, Black Mask, and Penguin is interesting, but it does nothing to elevate the action. Just when I thought I was getting close to reaching Joker’s lair, my progress in his prison wing was blocked by a locked door. I was forced to retreat into Penguin’s section to find a gadget that could get me past through that door. The entire game unfolds this way. I caught glimpses of these villains every now and then, but couldn’t reach them until the end.

The boss encounters are the best part. They’re all uniquely designed, using the traits of the villains to shape the battle and the strategies Batman has to use to take them down. A fair amount of experimentation goes into each battle (figuring out how to slow Solomon Grundy is particularly fun). Little in terms of story is tied to these villains, other than you need to stop them at all costs. The one interesting story beat is seeing how Batman’s first encounter with Catwoman plays out.

When Batman: Arkham Origins Blackgate is at its best, exploration is slow-moving and tedious, yet you’re making progress. At its worst, trekking through Blackgate is a punishing process of backtracking to find a needle in a haystack. It can be oddly fulfilling in that “The trauma of being lost has finally ended!” kind of way, but outside of the boss battles, it rarely delivers moments that live up to the legacy of this franchise or the Metroidvania style of games. It’s one of those experiences that falls apart as it unfolds.

6
About Game Informer's review system
Concept
A slow-moving exploration of Blackgate Penitentiary that fails to capture this series’ gameplay in a 2.5-D space
Graphics
From the gloomy vents to the crumbling walls of prison cells, Blackgate is striking in detail, yet offers little variation from this palette
Sound
An ominous score lords over the moments where the player is hopelessly lost. While there isn’t much story here, the voicework by the cast is excellent
Playability
All of the gameplay mechanics function well. Detective Vision is called upon far too often, making this a game of scanning things as much as it is playing as Batman
Entertainment
Should effectively steer people away from ever wanting to go to prison. With an unreliable map and a need to analyze every little area of an environment, exploring Blackgate is a nightmare
Replay
Low 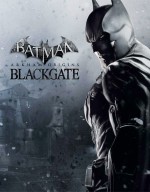