Back to the Future Episode 5: Outatime It feels like it’s been a long road to the finish, but Telltale’s Back to The Future series is finally coming to a close. The episodic adventure series – which has taken us into three separate decades and what feels like an innumerable number of alternate timelines – was beginning to grow stale, but it finishes with a clever cliffhanger that ties the whole series back to the original film. While I’m happy to have followed Telltale down this wistful road, I can’t shake the feeling that there were a few missed opportunities along the way.

Episode recaps would have benefited this series greatly. It’s only been a month since the last episode, but my memory was a little fuzzy on some of the secondary plot points. For the record, after Marty travels back to the 1930s to rescue Doc Brown from false imprisonment, the duo becomes entangled in a complicated narrative that alters the future. In order to correct the time stream, Marty has to ensure that a young Emmett Brown’s science exhibit goes off without a hitch, reconcile the young scientist’s relationship with his father, and track down Emmett’s ex-girlfriend after she runs off with the DeLorean.

If you haven’t played some of the series’ earlier entries, you don’t want to start here. After all, it’s not like Telltale has altered any of the series’ mechanics or changed its formula in any significant way. Like in previous installments, Marty still blunders around the environment and many puzzles boil down to touching one of your inventory items to an object within the environment. Since your inventory usually only contains about three items anyway, these kinds of puzzles aren’t that hard to decipher.

Despite Back to the Future’s lack of diversity, Outatime still contains a few clever moments that made me smile. One moment in particular – a sequence in which Doc and Marty have to reenact a series of events for a delusional old woman – stands as one of my favorite moments in the series.

Outatime is also significant as it is the first entry in which Michael J. Fox joins the cast, jumping into the role of one of Marty’s ancestors. While I found Fox’s involvement exciting, the actor’s character seemed out of place during these sequences (as if the role was written late just so Telltale could slide him in), and Fox himself uses a goofy southern accent that does little to disguise his aging voice. It’s sad, but the most authentic sounding McFly in the game is a Michael J. Fox impersonator.

Like this voice acting oddity, everything great about Telltale’s Back to the Future series seems to have some accompanying disappointment. The series’ narrative offers a fun, lighthearted adventure, but at this point it has more holes in it than a Siberian mud road. Telltale’s environments are ripe with in-jokes and Back to the Future references, but when you’re not sure what to do next, jumping straight to the hints system is often more entertaining than exploring the world. Sadly, you can’t recreate the phenomenon that the original trilogy sparked, but that doesn’t mean someone shouldn’t try. For all its faults, Telltale’s Back to the Future series was a noble attempt to capture the magic of the films.

If you want to know more about Telltales Back to the Future series, check out my reviews of Episode 1, 2, 3, and 4. 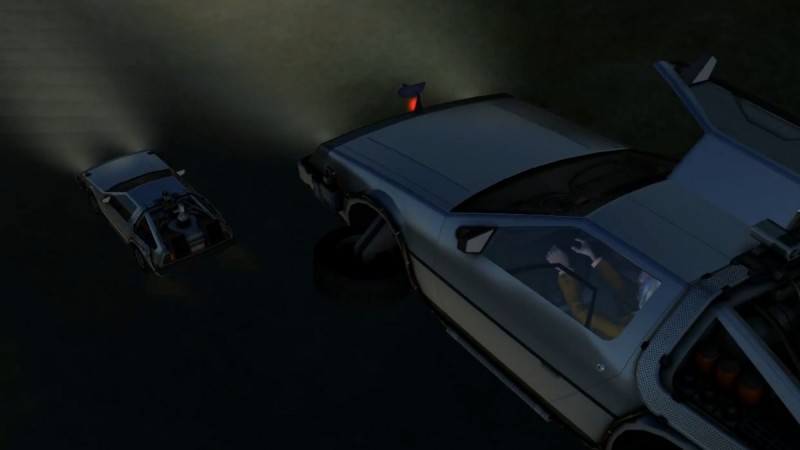 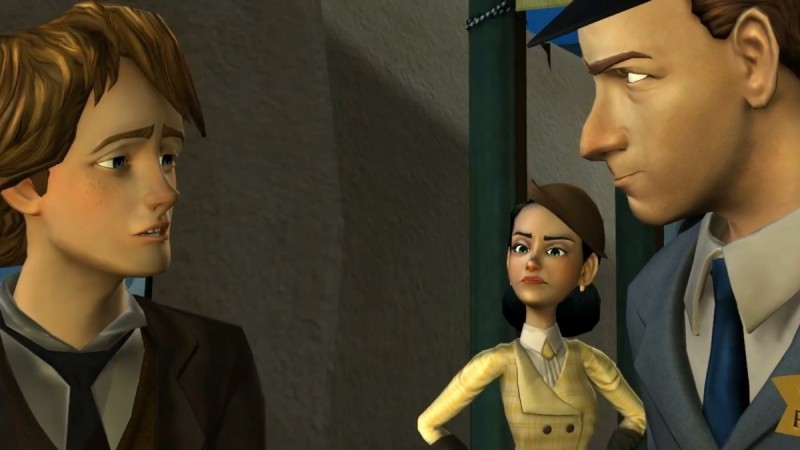 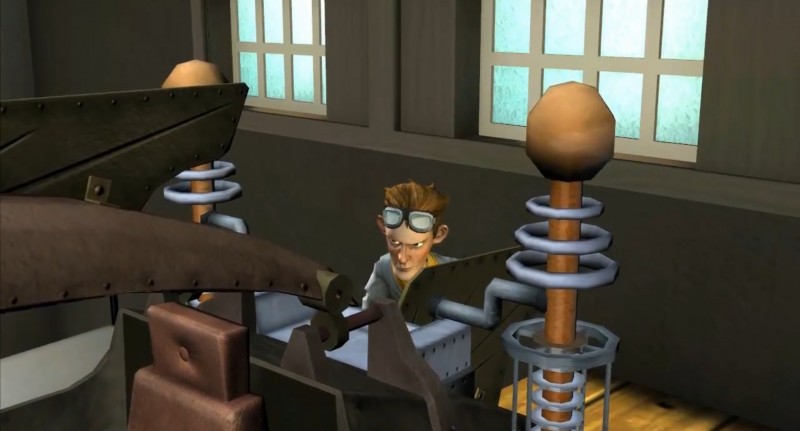 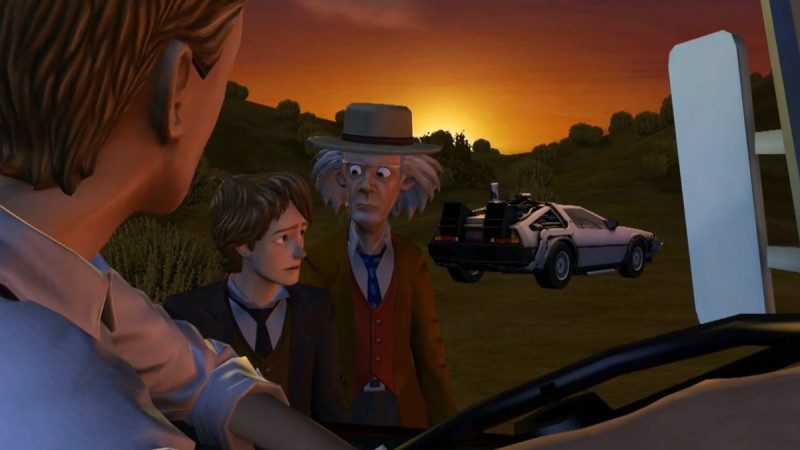 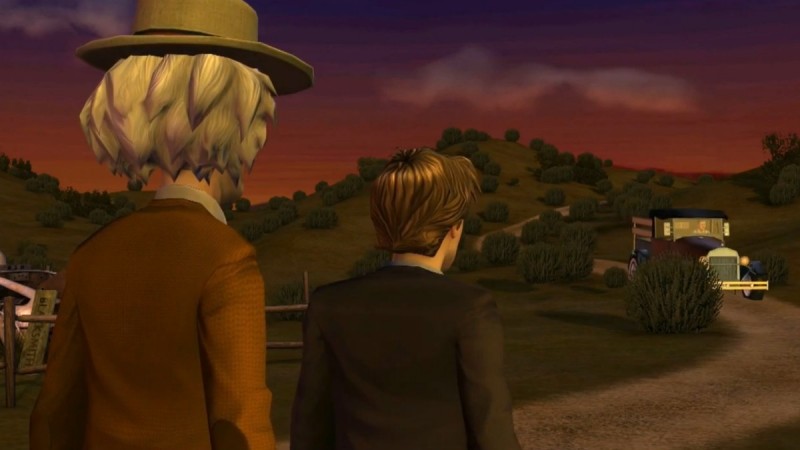 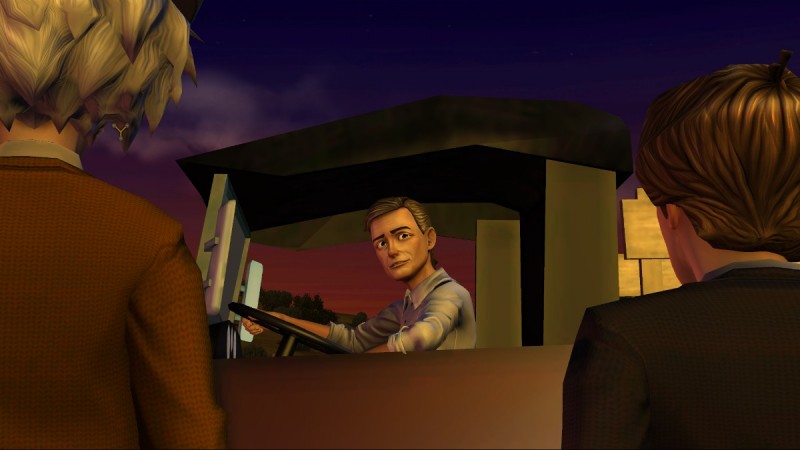 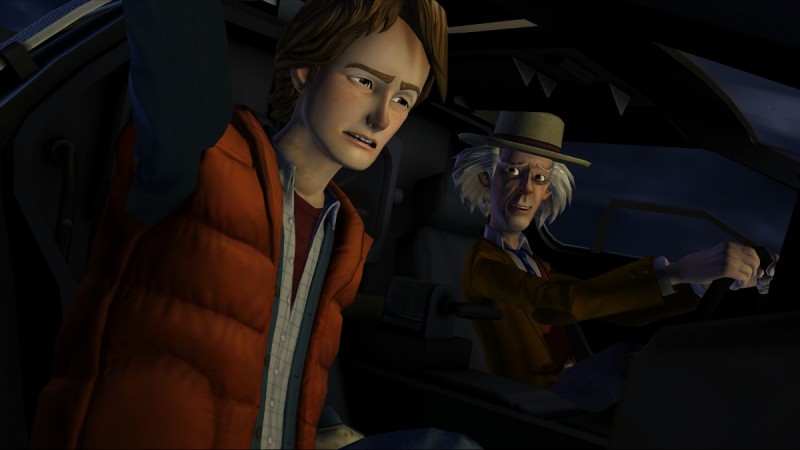 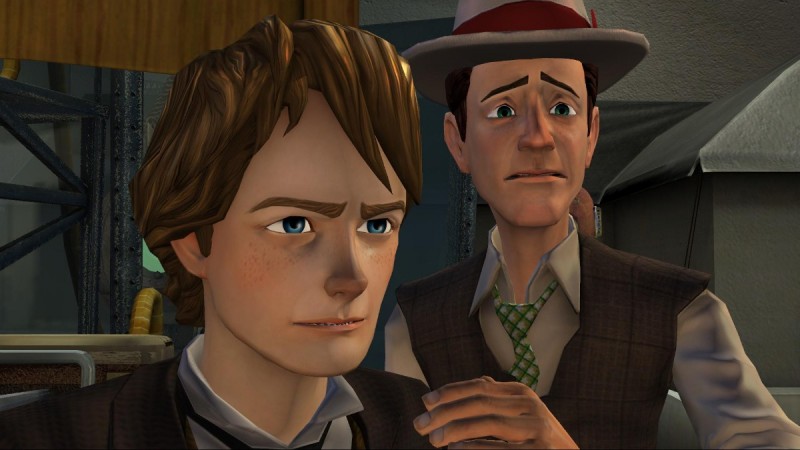 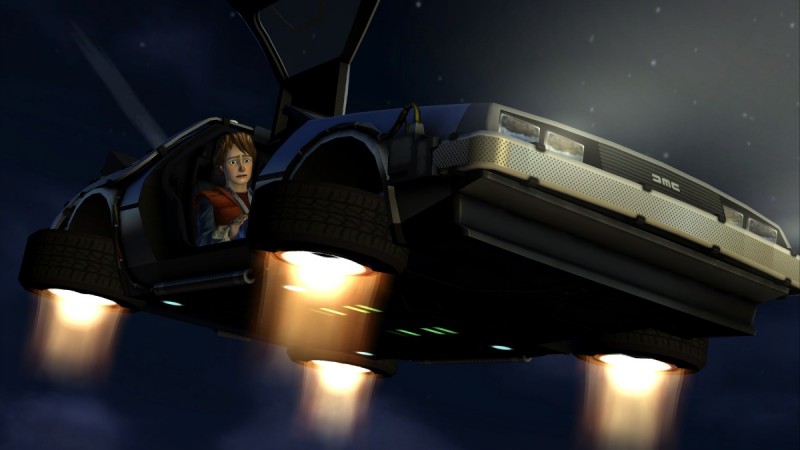 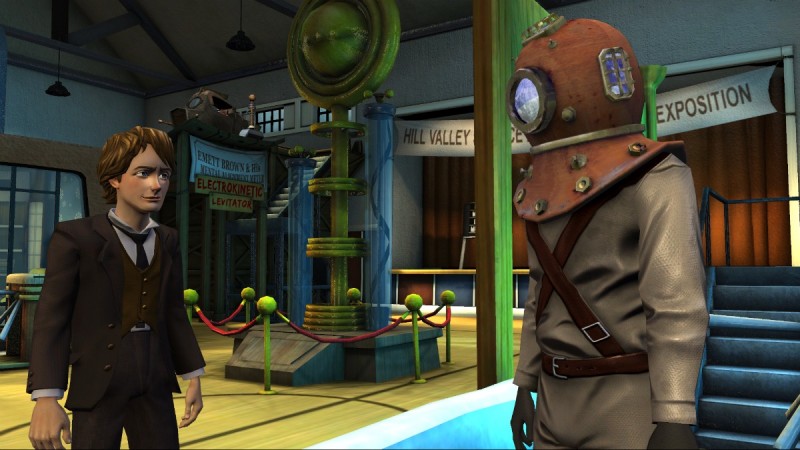 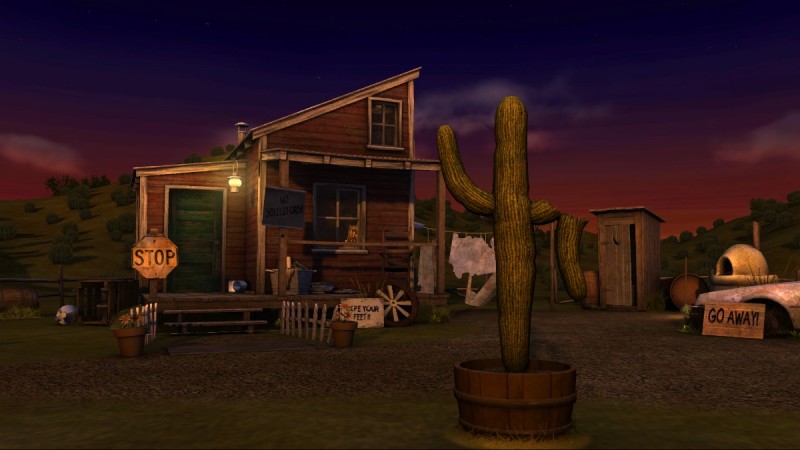 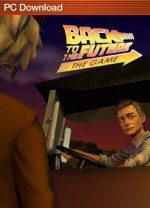 Back to the Future Episode 5: Outatime

While I’m happy to have
followed Telltale down this wistful road, I can’t shake the feeling
that there were a few missed opportunities along the way.

Purchase More Info
7
i
Game Informer's Review System
Concept Craft an original story that spins off of the Back to the Future trilogy, then fill it with a few clever adventure puzzles
Graphics Telltale’s art style is exaggerated and a little goofy, but every character is recognizable, and the environments are fun to look at
Sound If you didn’t already have the Back to the Future theme memorized, you will after hearing it looped for two and a half hours
Playability The standard point and click interface feels very dated here, and it would have been nice if Marty ran a little faster
Entertainment Even casual fans of the movie series can appreciate this digital homage. While a few puzzles fall flat, most provide a satisfying solution
Replay Moderately Low