Assassin’s Creed Revelations lives up to its name. For those who have been following the journeys of Desmond, Altaïr, and Ezio, this newest installment makes good on the promise implied by the title and serves up some big reveals about the ever-growing fiction. The core missions offer a level of cinematic immersion and tight design that is new to the series, and the plotline pulls together dangling story threads into a satisfying whole while simultaneously setting up the next game. While some questionable side missions and new gameplay concepts slow down the fun, they are only small flaws against the backdrop of a thrilling adventure.

Though Revelations touches on all three of the major protagonists introduced in the story so far, Ezio is still the star. The boy who once sought revenge for his family has become a man in search of meaning and wisdom. Now a venerable mentor over the entire Assassin order, that quest for understanding takes him from his home in Italy to the distant metropolis of Constantinople. While there, his story follows a double path. One embroils him in the web of intrigue surrounding the power struggle between the conquering Ottoman Empire and the unseated Byzantines. The second thread traces his meeting of a beautiful stranger as she aids him in tracking down the lost legacy of his predecessor, Altaïr. Both story-driven quest lines are rewarding and excellently written, with a host of new characters and an entertaining narrative. Equally important, these missions are some of the best designed in the series so far. Action-packed chases mix with stealthy tails through busy city streets. Incite riots one moment and infiltrate an enemy fortress the next. New, cinematic camera angles occasionally accentuate the drama. It all comes together in the end through an extended conclusion that offers some of the most captivating moments in the series.

Along the way, an array of side missions and exploration gives players plenty of reasons to get distracted. A rich but simple economic simulation once again lets you revitalize a city and purchase new upgrades. Collectible items, purchasable upgrades, and task challenges offer a break from the mission content. Also like in Brotherhood, you’ll recruit a coalition of assassins to answer your commands. These troops not only answer your call to do battle around the city, but you’ll also send them out across the known world to level up and retake cities in the name of the Assassins. The expanded options for your trainees are a lot of fun, especially the new content that unlocks as they reach higher levels. You now gain special missions tied to your chief recruits and fight at their side as you lock down districts of the city.

New equipment options are also on display. A hook blade offers a few new tricks in both combat and navigation, including the ability to flip over enemy combatants, zoom across zip lines, and grab distant ledges. It doesn’t revolutionize gameplay, but the device is still a fun feature. A new bomb system is also a compelling addition, giving you new tools to distract enemies or kill them outright. I don’t have the same fondness for the crafting of the bombs themselves, a system that is pushed really hard through the presence of dozens of ingredients scattered through the world. While there may be hundreds of options for how to mix and match your bomb recipes, they all come down to just a few fundamental effects, so it’s hard to get excited about building new varieties.

Ezio’s role as a general to the Assassin order is a central theme this time around, but one of the manifestations of that idea turns out to be the worst feature to show up in the series so far. In an ill-advised departure from standard gameplay, you’ll regularly be called on to participate in a tower-defense style minigame to defend your Assassin dens from Templar attack. The gameplay for these sequences is sloppy and hard to control, and moreover feels inconsistent with the tone of secrecy and subterfuge that has always governed the battles between the Templars and the Assassins. Careful monitoring of your notoriety in the city can reduce the likelihood of dealing with these awkward battles, but the whole concept would have been better scrapped.

Even as Ezio’s adventure unfolds, our other two heroes each get to step into the light. In an interesting twist, Ezio’s investigations give him the unusual ability to look back through history and witness milestones in Altaïr’s lifetime. These brief but illuminating excursions finally show us the fate of the first game’s hero, and let us control him one more time. I would have been interested to see deeper dives into Altaïr’s experiences, not to mention some more variety to the locations for his scenes, but the short sequences we do see are some of the most memorable in the game.

Meanwhile, players also get some follow-through on Desmond after the dramatic events that concluded Brotherhood. A new and optional side trek follows Desmond’s journey as he repairs the shattered remnants of his mind that remain trapped within the Animus. We’re along for the ride to finally uncover the details of Desmond’s early life. These abstract sequences play out as first-person puzzles in a surreal landscape of geometric shapes. It’s a fascinating attempt to transform a character’s abstract, emotional memories into gameplay, but the action and puzzles themselves in these sequences are lackluster. First-person platforming is a tricky business, and these missions are limited because of that constraint.

The excellent multiplayer game introduced in Brotherhood returns in Revelations with some subtle but potent improvements. A new deathmatch mode offers tense stalking of targets with only small hints to enemy locations. Artifact assault plays similarly to capture the flag. New game modes like these join old returning styles of play, all set amid a variety of excellently designed maps, so there’s a lot of content to dig your teeth into. Outside of gameplay, the multiplayer system also feels more rooted in the story of the game world, with new secrets about the Templar order that get revealed as you level up. Throw in a much improved UI and increased customization, and I have nothing but praise to offer this installment’s multiplayer.

A number of new features have been attempted to make Revelations feel new and different from its predecessors. In that quest for broader variety and a unique identity from the earlier games, Revelations makes some missteps that are hard to ignore. However, the game offers more of what has been great about the franchise, and that should be enough to bring most fans to the table, even if it a poor starting point for new players. 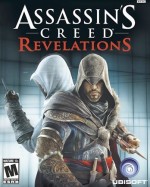 The latest installment stays true to its name with some big reveals for fans, but can the new gameplay features keep pace with the story?

Purchase More Info
8.75
i
Game Informer's Review System
Concept Conclude the tales of Ezio and Altaïr in a dramatic adventure through Constantinople
Graphics Detailed cityscapes and intricate animation work continue to maintain a high standard for open-world games
Sound Another excellent soundtrack accompanies the smartly acted dialogue
Playability Basic navigation and combat controls are stronger than ever, but some features and minigames are awkward to manage
Entertainment Even with some iffy new ideas, Assassin’s Creed is hard to put down
Replay Moderate