Most players will likely spend the first six hours of Assassin’s Creed III wrapping their heads around the profound size and ambition of the game. Ubisoft Montreal and its sister studios around the world have crafted a prodigious and complex game rich in theme-driven storytelling and diverse gameplay. From riding the towering waves of the Atlantic as they crash against your ship to witnessing the first shots of the American Revolution – and on to the conclusion of the present-day storyline introduced in the first franchise entry – Assassin’s Creed III delivers everything the series has promised, and throws in a little more for good measure.

Assassin’s Creed’s greatest allure has always been melding real history with a conspiracy-laden fiction, and colonial America is rife with moments, personalities, and events worth exploring. Colonial-era Boston and New York are the liveliest and most authentic open cities I’ve encountered in a game, from the squealing pigs to the newsboys hawking papers. The wilderness that separates the two is vast, and filled with plenty to do. Many missions are set in the frontier, and in between those missions you can hunt animals, bring down enemy forts, climb cliffs and trees, and explore hidden caves, just to name a few of many diversions. As an open wilderness zone, the frontier shines, though long runs to mission objectives can get tedious. Everywhere you go exhibits dynamic weather effects, and the world feels more varied and alive as you witness its passage from summer to winter and back again.

Along with providing a greater sense of place than its predecessors, Assassin’s Creed III is more deeply rooted in historical time as well. If new hero Connor isn’t involved in every memorable moment of the American Revolution, it’s only because he can only be in one place at a time. Flinging boxes of tea into the Boston Harbor and running between cannon blasts at Bunker Hill, the game feels more cinematic and scripted than it has before. Many times, this approach results in thrilling intensity, but some missions subtract from player agency by leading players along with a string of breadcrumb objectives. Other sequences recall the freeform assassination sequences of the first game in the series. An intriguing new approach to mission synchronization offers players more optional mission objectives, increasing replay value. Most of these objectives make the sequence play out in a cooler way, but a few seem contrary to the mission’s goals, like the need to perform a special type of assassination kill during a mission that is otherwise about stealth.

It’s a mistake to think about the game in terms of a critical path of core missions. Instead, Assassin’s Creed III excels by providing meaningful story-based content everywhere you turn. One main thread may provide the tale of Connor’s lifelong struggle against the Templars, but another line of missions describes his home life and the people who come to live beside him. A different story takes Connor out onto the seas of the Atlantic to confront a mysterious threat to the colonies. Yet another details how the men and women he gathers to join the Assassin order come to fight at his side.

The storytelling that weaves through these many threads is stellar. Rather than hiding from the complex themes of freedom versus control at the heart of the series, Assassin’s Creed III confronts them head on, and tells a nuanced and adult story about the price of liberty, the dangers of extremism, and the connections that bind family. An impressive cast of voice actors supports the thoughtful writing by bringing the characters onscreen to life. The game also fleshes out the antagonists in a way that only the interactive medium could achieve, shaping them into characters that surpass stock villainy.

Combat and free-running remain gameplay staples, but both are improved. Platforming and traversal is streamlined through simpler controls, but I had more control over my character, not less. Climbing is more natural than ever, and the new tree navigation is a cool new trick in the arsenal. Meanwhile, combat takes major strides forward by giving more offensive tools to the player. Battle animations often result in incredibly cool takedown sequences, even if the new combat mechanics occasionally exhibit jarring shifts between actions.

New features are scattered throughout the game, from hunting, exploration, and fighting clubs to a detailed but time-consuming crafting and trade mechanic. However, none of these additions comes close to the fun of the new naval experience. I love the brief but tense sea battles, and both the ships and the high seas look gorgeous. Naval fights offer the perfect break from the normal game flow; they’re rousing and exciting, but simple and short enough to not keep you away from the rest of the gameplay.

Whether running along rooftops or calling for a broadside from your ship, the memory sequences of Assassin’s Creed III once again are framed within a larger story set in present day. Desmond’s previous sessions in the Animus completed his training, and we finally get some dedicated mission and exploration content with him, not to mention plenty of new revelations about what’s going on in the world. Ubisoft doesn’t cop out; as the end of 2012 approaches here in our real world, the looming 2012 catastrophe in the game world is finally addressed, and Ubisoft delivers the conclusion we’ve been anticipating. The questions you’re left with are new ones, not the same batch you’ve carried for five years.

When you’re done with the story, you owe it to yourself to engage with the exemplary multiplayer. Most of the excellent modes of previous entries return, but everything feels refined and the interface doesn’t get in the way of the mental game of cat and mouse. I love the new competitive Domination mode and its constant give and take as teams capture territories and flip the tables on their opponents. I’m an even bigger fan of the new four-person cooperative Wolfpack mode, which encourages teams to race around the map eliminating targets, with giant bonuses for coordinating your strikes in one deadly moment. As you play any mode, you complete challenges, earn points for customization, and unlock a new multiplayer story. It’s a rich and engaging multiplayer experience that is unlike any other online game.

Assassin’s Creed III is the culmination of a story and gameplay model that’s taken five years to polish. While not perfect, it makes a convincing case for the freedom and storytelling potential inherent to games over other mediums. An overwhelming experience in its own right, Assassin’s Creed III is the crown jewel on an already excellent series, and it sets the mind reeling about the potential for where the story goes from here.

Above: Our Test Chamber for Assassin's Creed III. 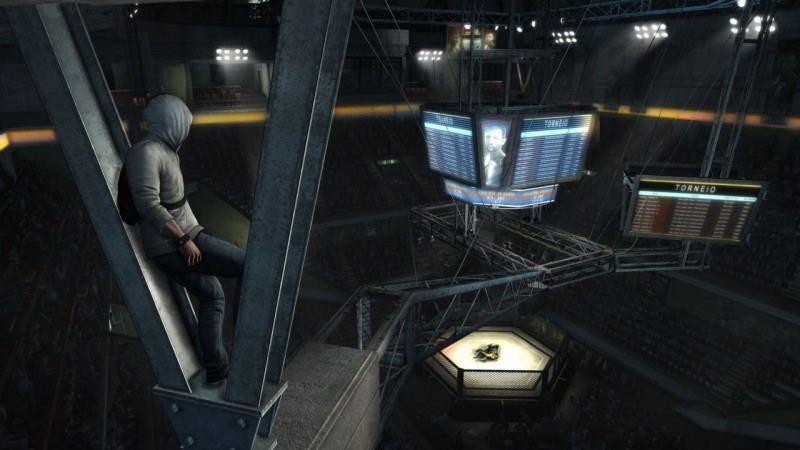 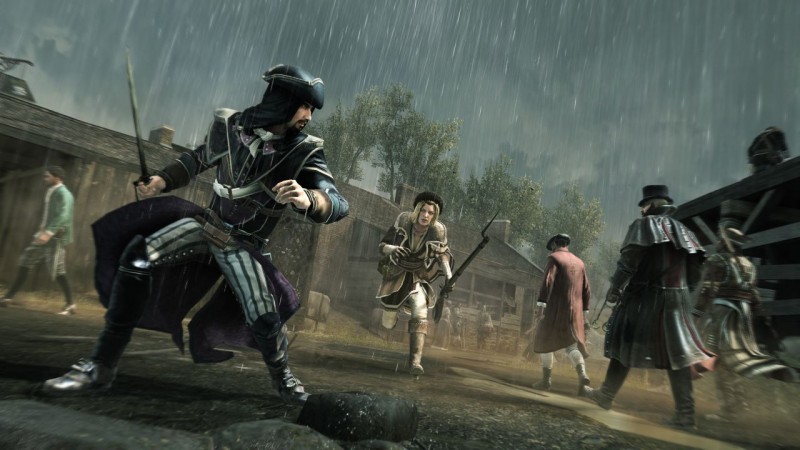 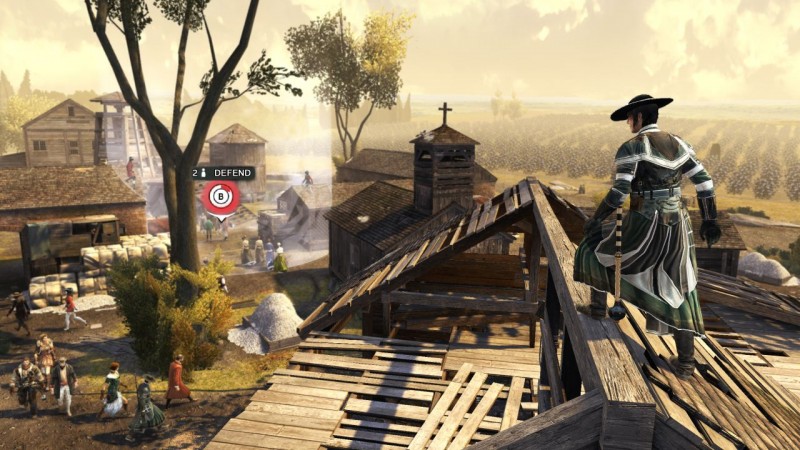 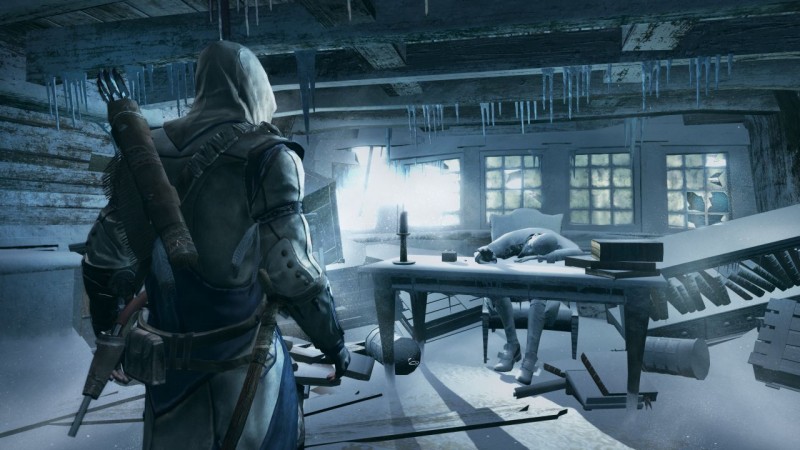 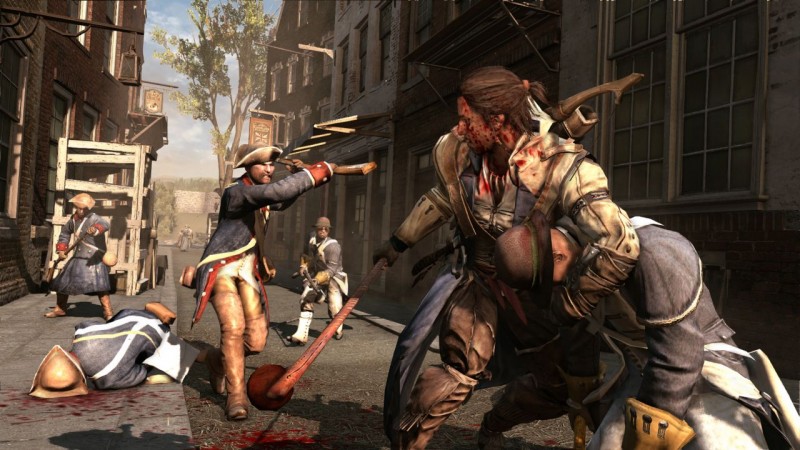 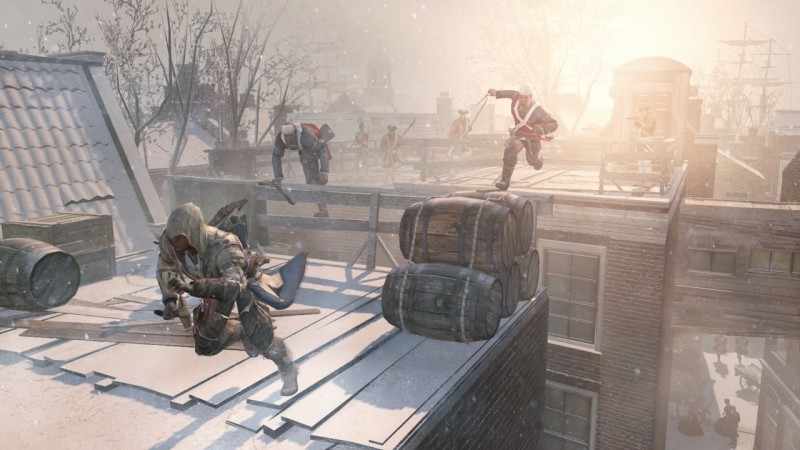 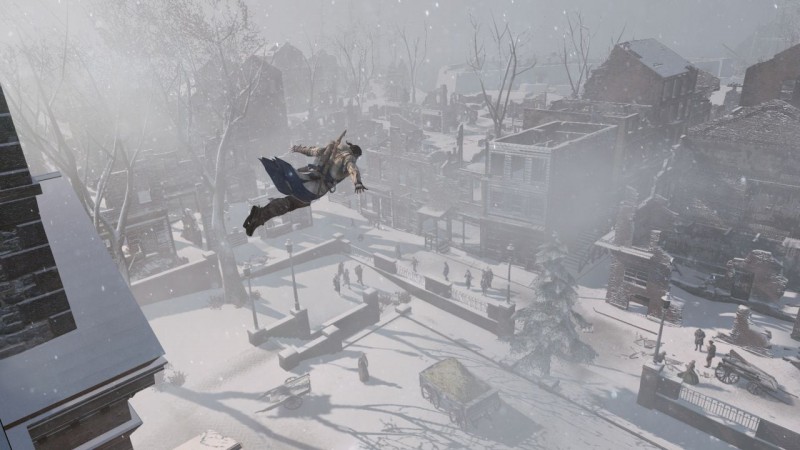 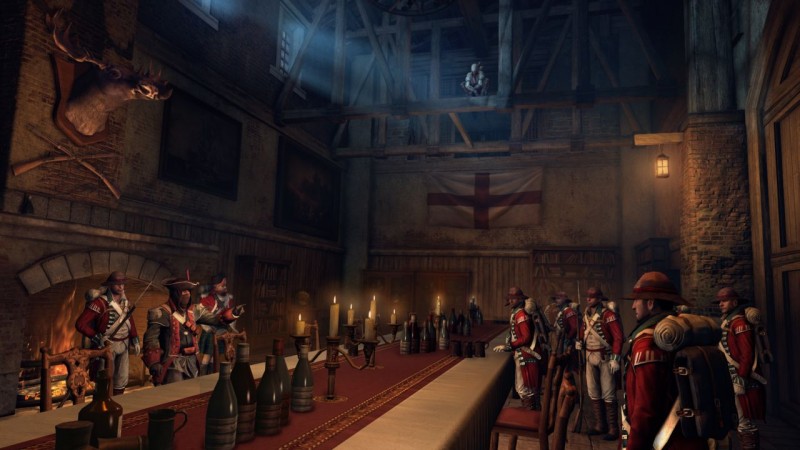 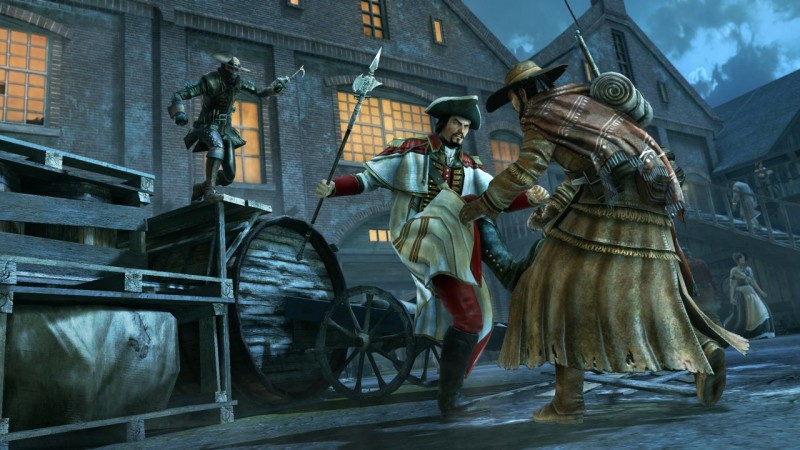 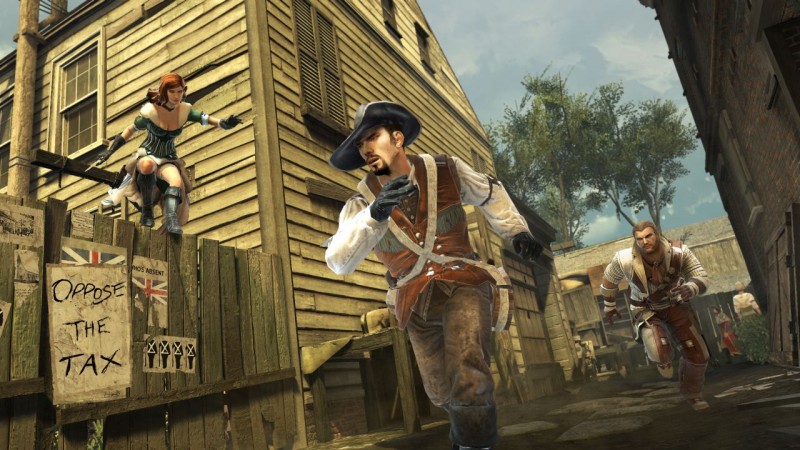 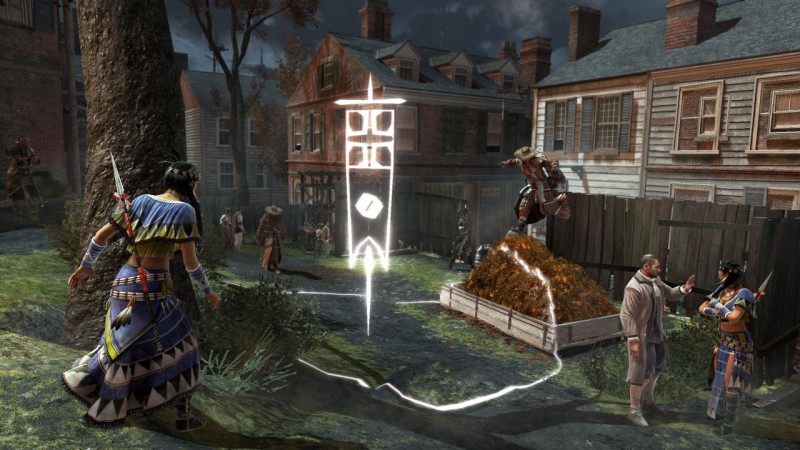 9.5
About Game Informer's review system
Concept
Conclude a five-game storyline with a sojourn to the American Revolution
Graphics
Beautiful wildernesses, excellent facial animation, and the best water ever seen in a video game
Sound
The new atmospheric focus of the score is a departure from previous entries, but holds its own in the franchise legacy. Voice acting is top notch
Playability
New controls take some time to adjust to for longtime players, but they’re an improvement in every way
Entertainment
The largest and best Assassin’s Creed game yet
Replay
Moderately High