Assassin’s Creed Chronicles: China was a promising (albeit rough) game that borrowed liberally from Klei Entertainment’s Mark of the Ninja to create the foundation for a trilogy of 2.5D stealth games set in various historical periods. Assassin’s Creed Chronicles: India is the second installment, but it squanders its potential thanks to frustratingly sparse stealth gameplay, dull story, and a lack of polish.

I became invested in Shao Jun’s quest for revenge last time, but new hero Arbaaz and his story are poorly developed and uninteresting. The sparest hints of his personality are delivered in the form of cliché remarks while roaming levels (“Well, that was close,” he says after narrowly escaping a boulder) but Arbaaz amounts to little more than a playboy stereotype living in the shadow of Ezio Auditore. As for the supporting cast, seemingly important characters are introduced in the first hour and then not seen again until the ending cutscene. The plot is essentially a ho-hum string of moments cribbed from film franchises like Indiana Jones and The Mummy; they don’t add anything worthwhile to Assassin’s Creed’s universe.

India’s lack of story would be more bearable if the game were fun to play – but it isn’t. Instead of presenting situations that allow for calculated and open approaches (like the previous installment), India restrictively forces players to complete time trials or find the exact combination of items that lets them pass a series of obstacles. This rigid approach diminishes any sense of freedom and satisfaction to be gained from overcoming challenges.

Arbaaz’s stealth options are so poorly served by the shoddy control scheme that constant death and failure are unavoidable. I often died because I flicked the analog stick up and ever so slightly to the side and proceeded to run headlong into a gang of hired goons who made short work of me instead of diving into my targeted alcove. Sometimes death means jumping back a couple of seconds, other times it means restarting the whole section thanks to poorly placed checkpoints.

Combat is technically an option, but it often depends more on luck than skill thanks to the bad controls. The last entry didn’t have tight battles either, but India’s refusal to give you multiple avenues of escape (unless you have some smoke bombs on you, you’re probably going to have to duke it out) makes the brokenness that much more aggravating.

Compounding all these frustrations is a bevy of technical issues. I ran into multiple situations where I had to reload my game due to a technical glitch. There was the time when I kept trying to climb a wall that was clearly marked as scalable but Arbaaz couldn’t stick to it. There was also that moment a henchmen got stuck in a door I needed to pass through and nothing I could do would kill or move him out of the way. These issues drastically affect the playability of India because it’s possible to run into a situation where you’re uncertain if the game is glitching out on you or if you just don’t know what to do to make it past the segment you’re playing.

Assassin’s Creed Chronicles: India is a disappointment. Outside of the gorgeous, painted art style, it has few redeeming features. The frenzied pacing of levels turned away the stealth enthusiast in me, and the unreliable controls left me miserable during the time trials. One title remains in this trilogy (set in Russia), but the fact that this spin-off series has floundered so quickly is discouraging. I hope Ubisoft and Climax Studios can return to what made China enjoyable. 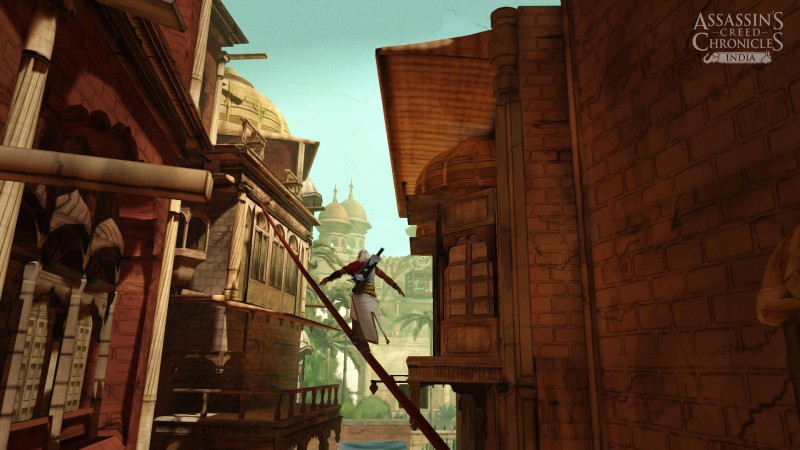 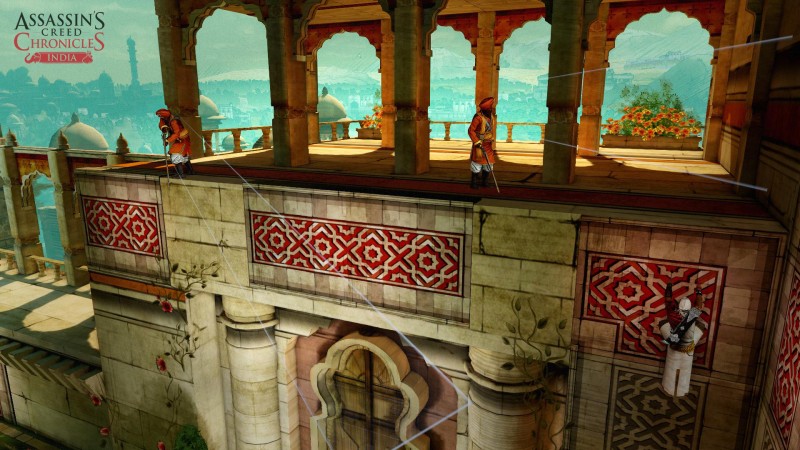 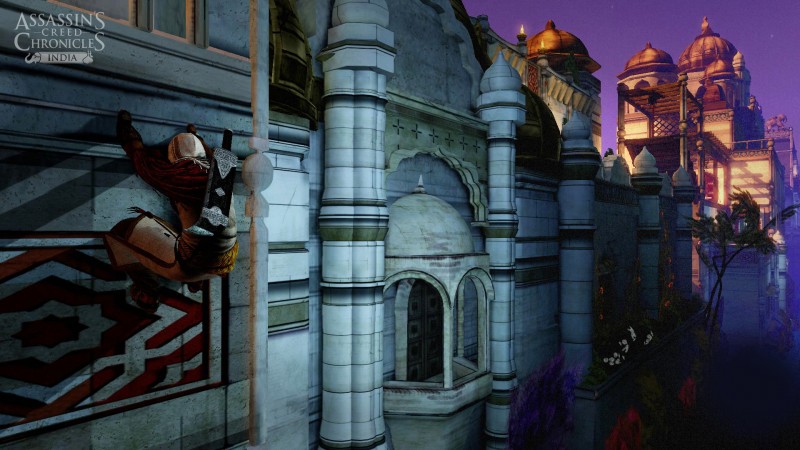 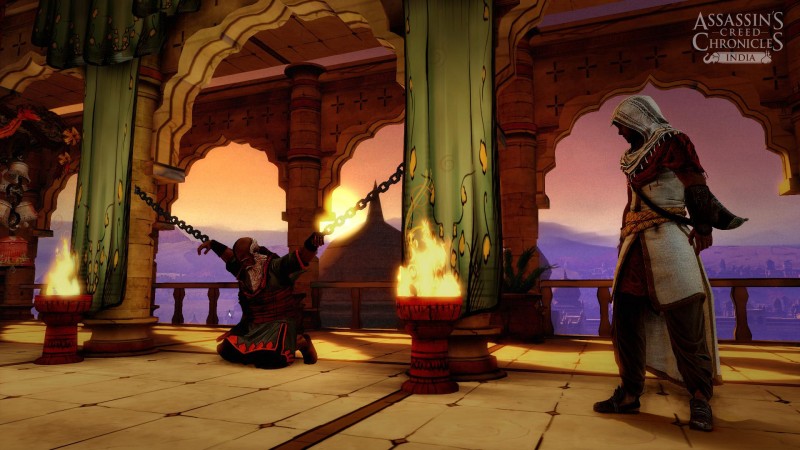 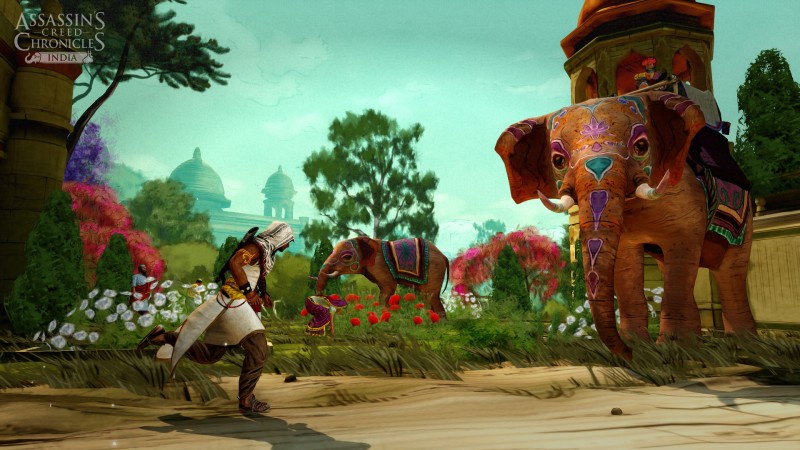 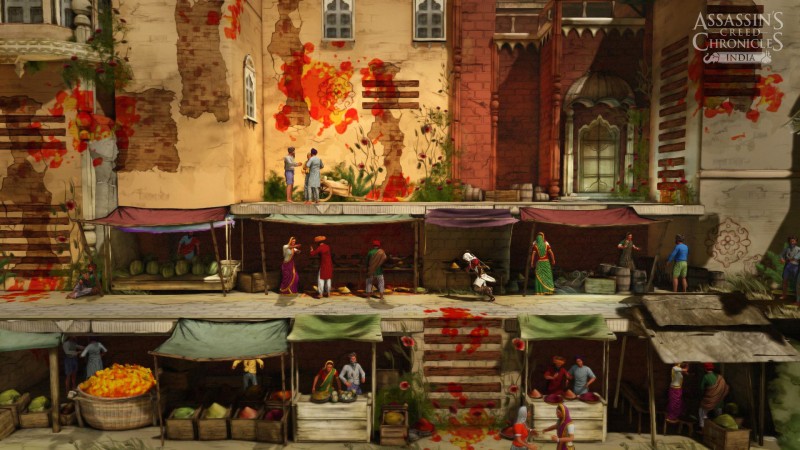 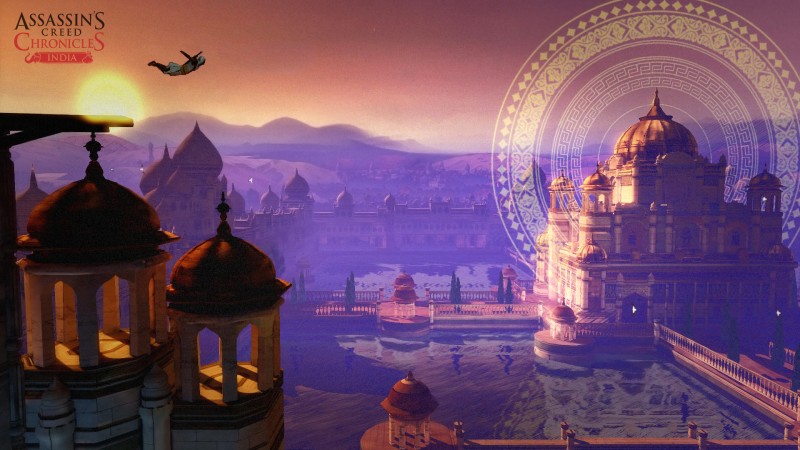 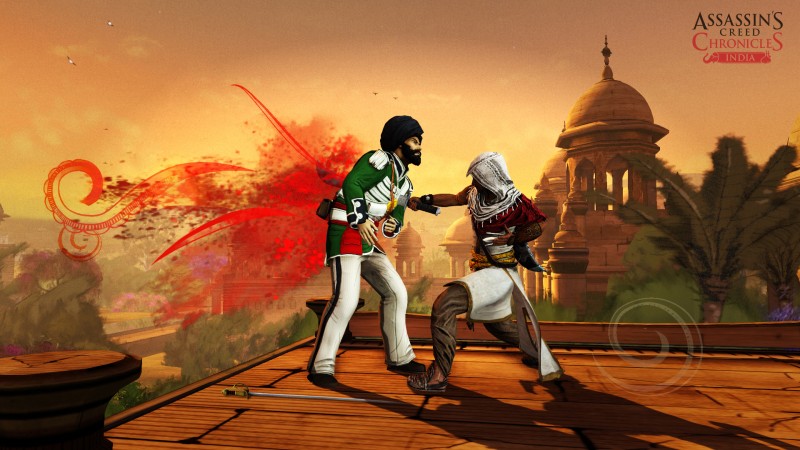 5
About Game Informer's review system
Concept
Blend Assassin’s Creed with Mark of the Ninja, again
Graphics
A bright watercolor aesthetic makes environments look lovely, even if character models are a big ragged
Sound
The voice performances are fine in cutscenes, but the same guard conversations get old fast
Playability
Movement and combat are often difficult thanks to finicky controls. Glitches make these issues worse
Entertainment
Unlike its predecessor, India is a slog that wastes its beautiful setting
Replay
Low 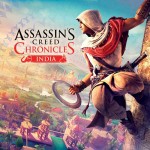