I stride through the cobbled streets of Rome. The Pantheon rises to my left, majestic and ancient. Citizens crowd around me, providing cover as I move closer to my target. He stands speaking to a group of guards, oblivious to the danger stalking him. His role in the conspiracy is a minor one – hardly worth my notice. But he must pay for his crimes against my family, no matter how indirectly he was involved. I raise my hand in signal. The woman I recruited weeks earlier drops from the rooftop where neither I nor anyone else saw her hiding. Her hidden blade cuts deep into his neck, and the man falls before he knows what has happened. A slowly building roar rolls across the crowd as my trainee leaps onto a nearby horse and gallops off. I turn without a word and melt into the crowd.

Ezio Auditore is a master assassin, but before now his missions were almost always completed in isolation. As its name implies, Brotherhood introduces a new wrinkle. The power Ezio now exerts reaches far beyond what he can touch with his sword or strike with a throwing knife. The Assassins are spreading their influence across an entire continent, and he sits at the head of the movement.

The themes of leadership carry over directly into gameplay. It starts by clearing your enemy’s influence over the city. As you kill the Borgia family’s minions and burn down their fortresses, the populace becomes rebellious and more willing to aid your cause. Particularly angry citizens will even strike back at the villains themselves. Aid these lone rebels, and they’ll join your cause. Once they’ve given you their allegiance, these fervent recruits will act upon your directives, striking from the shadows or leaping into melee at your side. Ezio can also send them out on missions across Europe and Asia to gain experience. When they return, you can upgrade their equipment to create even more powerful allies. The progression system is easy to grasp, and has just enough complexity to be interesting without overshadowing the action proper. By the end, the men and women you pulled from the streets will stand at your side as fully initiated members of the order. These figures are a great addition to the gameplay, if not entirely necessary. They hold their own in melee, or strike targets that are far away with deadly precision. Leveled up assassins not only look cooler, but last longer in a fight as well. Most importantly, the sense of power they offer the player is sensational.

Even without these new brothers and sisters, Ubisoft addressed one of my biggest complaints from the last game – combat. The satisfying action strikes the perfect balance between careful defensive counters of the past games and the new, lethal offensive capabilities. The ability to chain kills gives Ezio an edge that’s hard to beat, but it still takes skill and timing to master. One-strike executions string together in a vicious dance, and combining taps and holds of the attack button let you mix different weapons in one flurry. Every weapon is fun to wield; I found myself changing up my loadout just to see the masterful animations that accompanied each implement. Ezio’s menu-driven villa upgrades have also been overhauled and transformed into a more robust economic simulation. When Ezio comes to Rome, it has fallen into decay through the abuses of the villainous Borgia family. As Ezio retakes the city, he can revive the metropolis by investing in shops and banks and repairing broken aqueducts and monuments. These renovations open up new shopping opportunities, and you’ll see the results of your efforts reflected in the people and buildings of the world. A boarded up square of storefronts once populated with kneeling beggars will become a bustling marketplace perused by finely dressed ladies.

Though there aren’t a huge number of story missions, each one is meticulously designed to offer a unique encounter. Mission structures are more choreographed than in past Assassin’s games, asking you to follow particular checkpoints on the way to a target. The loss of freedom is worth it for the great scenes that those paths enable, like the dangerous assault on the Castel Sant’Angelo that has Ezio infiltrating Rome’s most well guarded stronghold. Every mission now has a “full sync” challenge attached, like killing a target with a certain weapon, or reaching the end without being detected. Since you can now replay missions, there are plenty of reasons to go back to nail that perfect kill. Many of the secondary missions are equally engrossing, from the puzzle-laden lairs of Romulus beneath the streets of Rome to the trips beyond the city borders to aid Leonardo with his engineering dilemmas.

Though the story may be short and the plot isn’t as impressive as the last game, the cast of characters is captivating, especially the devious and incestuous intrigue of the Borgia family. Most of the game centers on building your forces, with the latter missions a predictable drive to eliminate the bad guys. The game ends abruptly, and it feels like Brotherhood could have had several more sequences. Players also spend more time with Desmond and his buddies as they dig through Ezio’s memories, with a couple of fun platforming levels and the ability to explore a few of the locations from Assassin’s Creed II 500 years later.

If you thought the end of Assassin’s Creed II was confusing, you haven’t seen anything yet. Between another installment of The Truth and some surprising twists with Desmond’s story, you’ll be shaking your head in frustration by the end. I love the conspiracy at the heart of Assassin’s Creed, but Ubisoft needs to be careful that it doesn’t get too caught up in its own fiction. There’s a fine line between a good mystery and overly obscure nonsense.

Layered on top of this massive single-player experience is a story-tied multiplayer game unlike any other I’ve played. The Templars are using their Animus machines to train new recruits, and players adopt the role of these trainees to wander the streets of Renaissance Italy as they learn the arts of subtlety, cunning, and murder. In the tense and highly replayable Wanted mode, players each have one target and one pursuer. Naturally, you must kill your target while avoiding the pursuit of your hunter. This simple paradigm gains complexity by encouraging stealth, rewarding well-executed kills, and demanding smart strategic movement over twitch mechanics. Matches rapidly transform from wild runs around the map to careful mind games against your opponents. The progression system awards your exploits with new character skins, abilities, score bonuses, and even game modes. These additional modes are basically variations on the original concept, but still make for a nice change of pace.

Filled with new gameplay, storylines, mechanical improvements, and multiplayer, Assassin’s Creed: Brotherhood is far more than an expansion. Though Brotherhood lacks some of the sense of discovery and newness that characterized Assassin’s Creed II, if you look past the surface similarities you’ll uncover a host of new thrills. The series remains one of the most exciting properties in video games, and Brotherhood fills an essential step in the plot as the conspiracy-laden story continues. The moment you finish the game, you’ll be chomping at the bit for the inevitable Assassin’s Creed III. 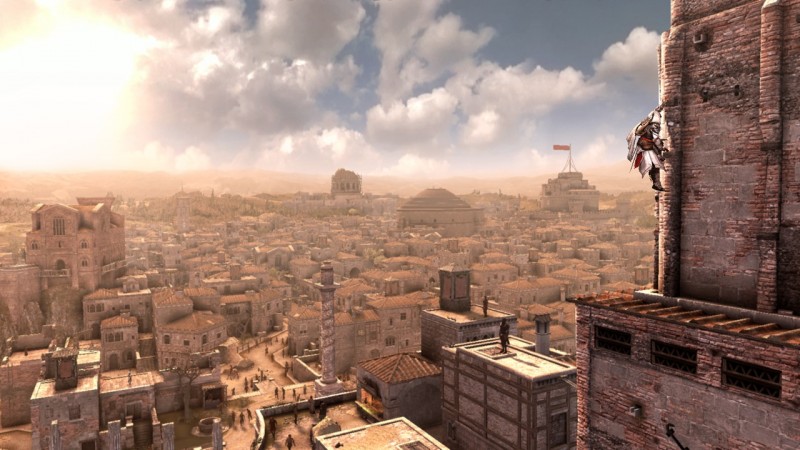 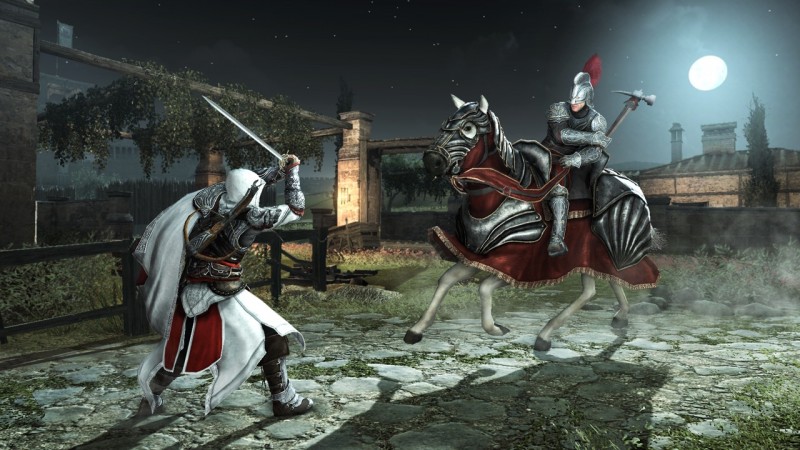 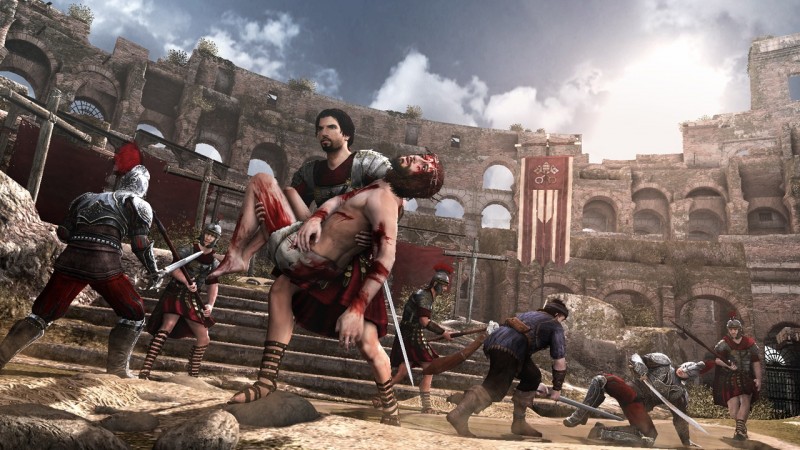 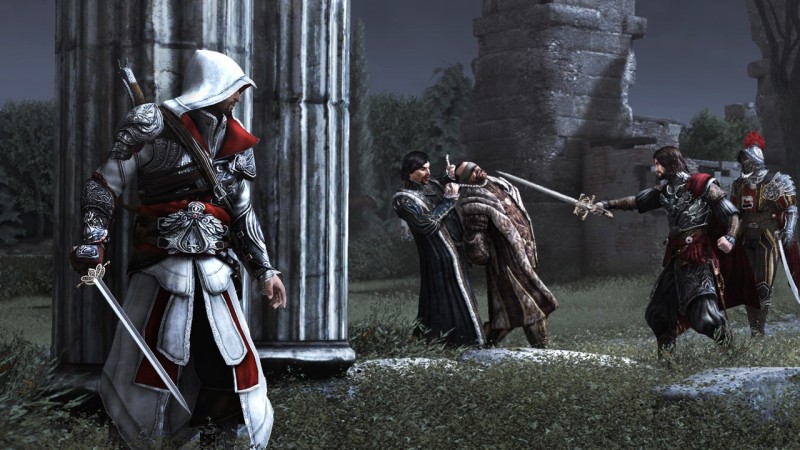 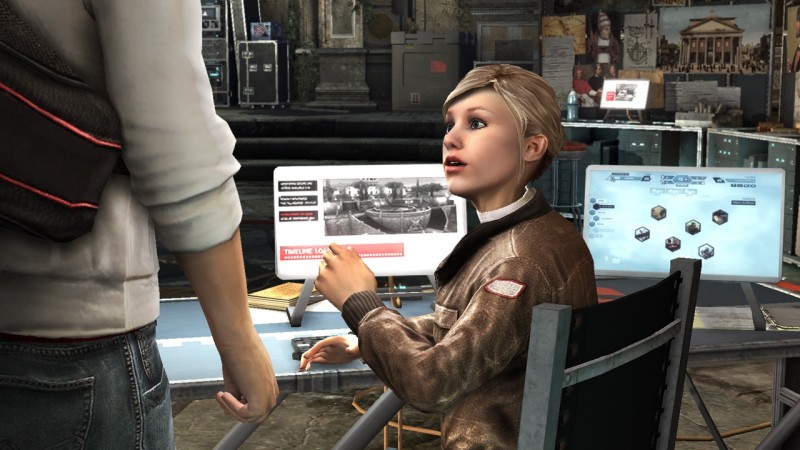 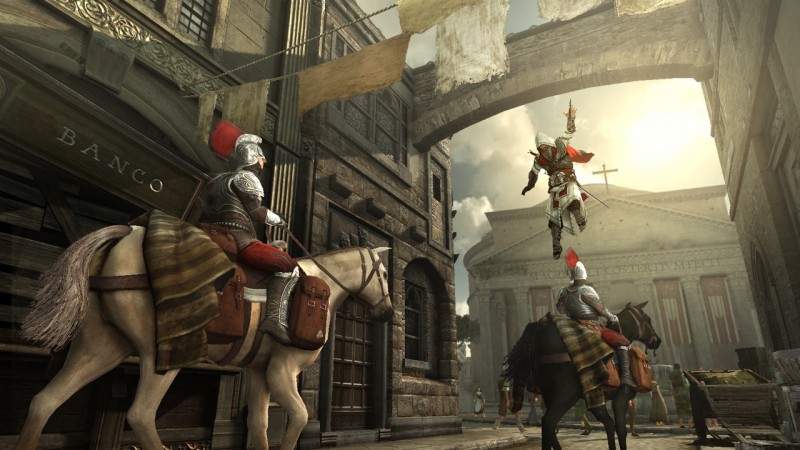 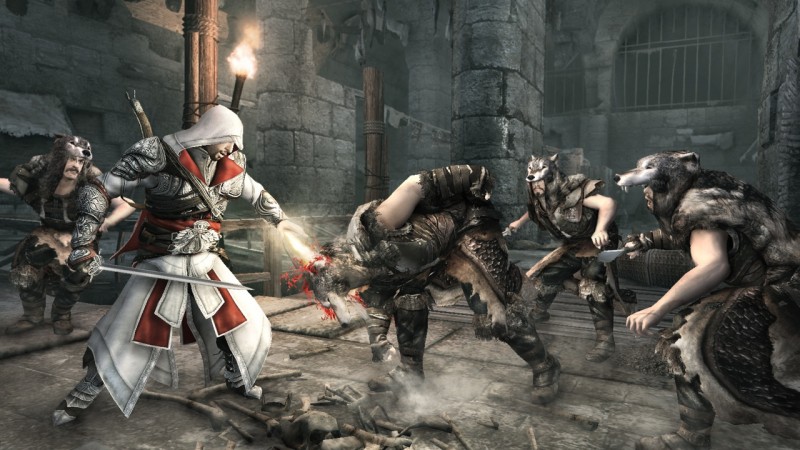 Ezio returns to a familiar Italian Renaissance setting for a stunning adventure. Our full review highlights the wealth of new systems that set Brotherhood apart.

9.25
i
Game Informer's Review System
Concept Return to the Italian Renaissance for the second part of Ezio’s story
Graphics Incredible detail brings the city of Rome to life, and animation work continues to impress
Sound Excellent voice work and a strong score add drama and excitement
Playability Brotherhood refines the existing mechanics and features much improved combat
Entertainment A thrilling follow-up for series faithful, but new recruits should start with the earlier games
Replay Moderately High