We constantly hear about Mario, Zelda, and Donkey Kong when Shigeru Miyamoto’s career is discussed, but rarely do we hear about the underrated Pikmin games. Those charming titles featured a unique gameplay mechanic that has rarely been duplicated. While the idea of tossing hordes of minions at your foes hasn’t been used much since Pikmin, it has reappeared in an unlikely Vita launch title. Army Corps of Hell takes the basic idea of those GameCube titles, subtracts the puzzle elements, and adds a healthy dose of metal-themed imagery and music. The end result is initially amusing, but it wears out its welcome quickly thanks to a lack of variety.

Playing as a demonic warlord, the core concept of the game involves directing various small goblins at your enemies. You have access to soldiers that can be thrown onto foes’ backs, spearmen that dash forward to attack distant enemies, and mages that can shoot projectiles at elemental foes. Each stage consists of battling from small island to small island, taking out waves of demons and monsters. Unfortunately, that’s about all there is to the game. Some clever boss fights pop up from time to time, but these encounters are often repeated. New enemies occasionally appear, but they aren’t enough to keep the stages from resembling a Dynasty Warriors-esque grind after a while.

Despite being a launch title for a system with many unique hardware elements, Army Corps of Hell takes advantage of almost none of them. It seems like it could have been a PSP game, from the visuals to the simplistic controls (the right analog stick is used, but turning could have been performed via the PSP shoulder buttons). An odd drumming item has you tapping the rear touchpad to regain health, but it feels shoehorned in.

Other than some seconds-long repeated cutscenes between stages, there is almost no story. The only thing that keeps you going after getting the initial upgrades (more goblins, new types of goblins) is the alchemy system. By harvesting the bodies of fallen enemies, you can build new armor and weapons for your goblins. It’s nice to power up your minions, but these stat upgrades do little to break up the monotony of the core gameplay.

I enjoyed Army Corps of Hell quite a bit during the initial stages, but it didn’t take long to realize how little there was to the overall experience. You can bring three friends along via ad-hoc play, but it won’t change the fact that the gameplay revolves around a repetitive grind through similar levels. 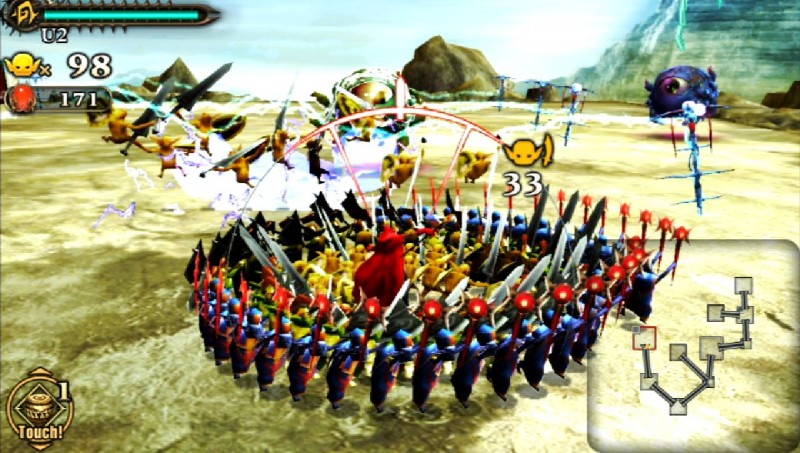 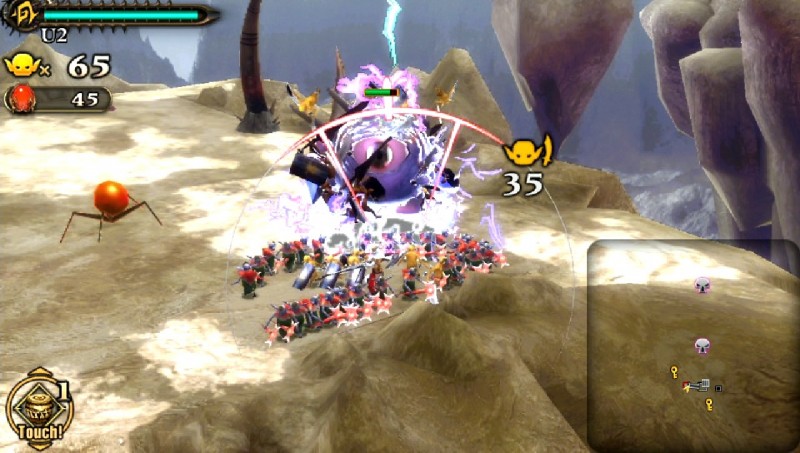 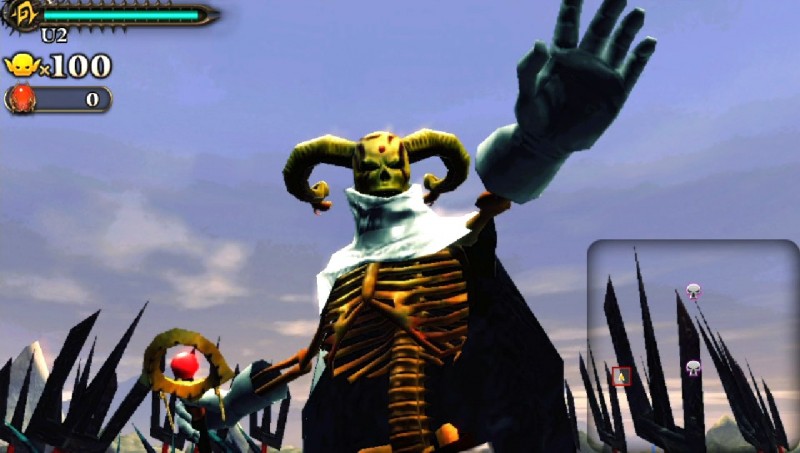 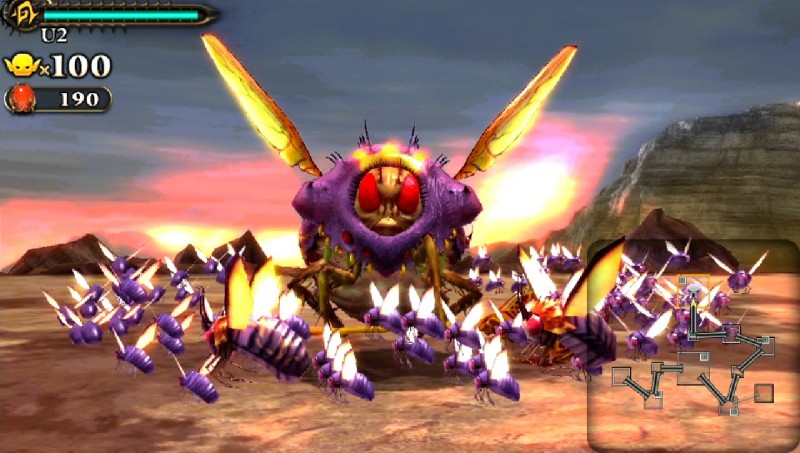 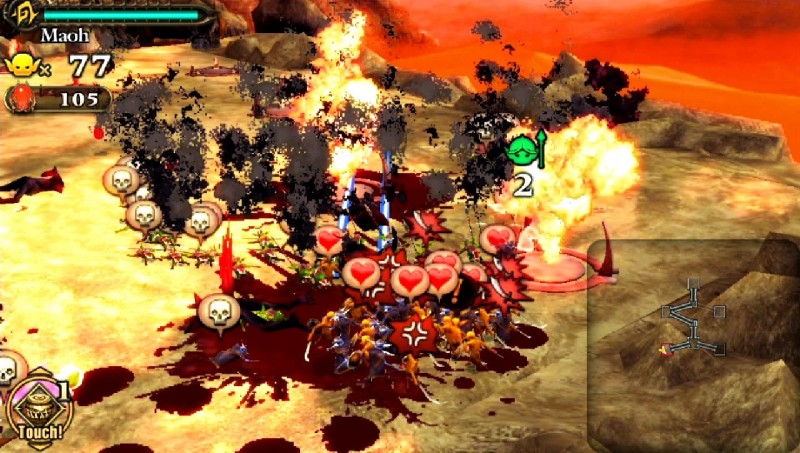 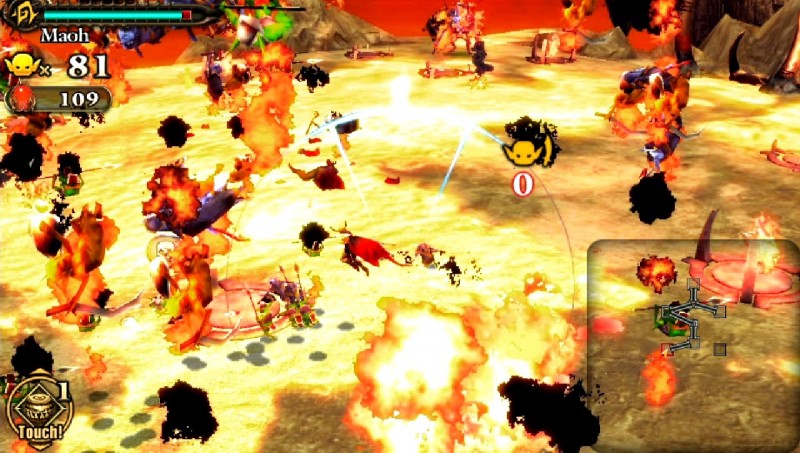 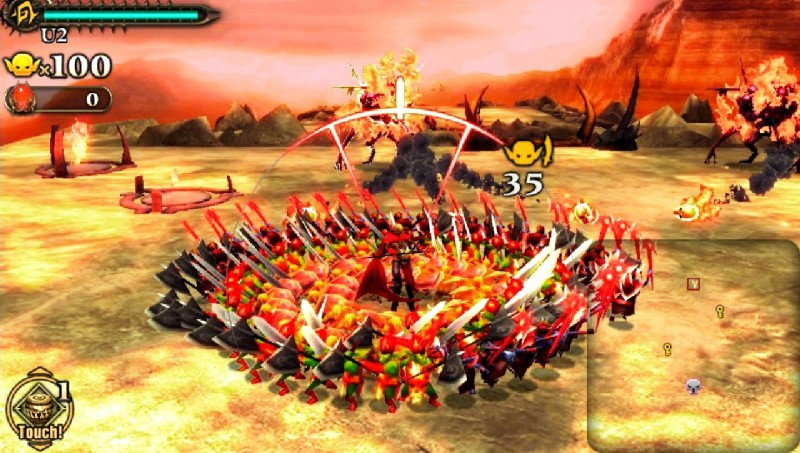 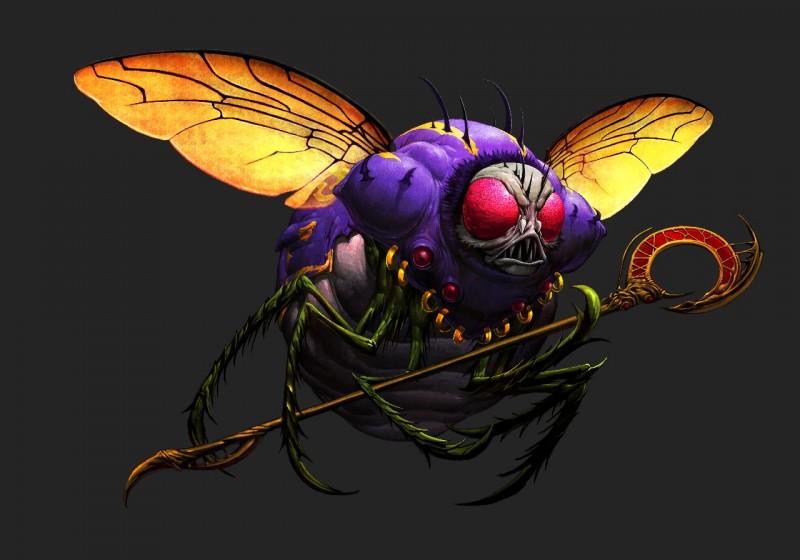 4.5
About Game Informer's review system
Concept
Take the mechanics of Pikmin and bring them to hell
Graphics
Characters and enemies lack detail, and the stages lack distinctive qualities
Sound
Lots and lots of wailing metal
Playability
Vita’s hardware is barely utilized, and it feels like it could have been a PSP game
Entertainment
The initial stages hold some value, until you realize that you’re essentially going to be repeating them for the entire game
Replay
Low 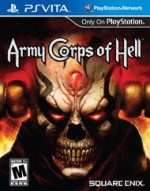