Angry Birds is a juggernaut of a franchise. If a device has a screen that you can touch, you can find Angry Birds on it. I wouldn’t be surprised to find an ATM version. The consoles have somehow avoided the destructive rampage of these furious fowl and their war with the limbless pigs, but that is all changing with the Angry Birds Trilogy.

The trilogy collects three of Angry Birds’ core entries. On the disc you find the classic Angry Birds, Angry Birds Seasons, and Angry Birds Rio, with all of the extra levels that have been added over the past few years. My personal favorite, Angry Birds Space, is not included on this collection, but you still get an absurd number of levels available to play through for each game.

Using the controller to play Angry Birds feels great. No longer is your screen obscured by a giant finger. You simply pull back on the left control stick to set your shot and tap a button to launch your birds. Some of the birds have special powers, like the ability to drop an egg bomb below them as they fly by, which can be activated with another button press. The best part about the new control scheme is that the retry option now has a dedicated button, so you no longer need to pause to start a level over. This speeds the gameplay up tremendously.

The PlayStation 3 version of the game has added Move functionality, and the Xbox 360 version takes advantage of Kinect. The Move controls aren’t bad, and they let you play the game one-handed — which makes the experience somewhat relaxing. The Kinect controls are absolutely terrible. Angry Birds is already pushing it by asking players to boot up their consoles to play a game that is probably in their pocket, and then the Kinect asks you to get up and mime the action of pulling back on a slingshot. Using the Kinect is all over the place. The slingshot never sits still while you are trying to aim, launching always causes your trajectory to change at the last second, and whether or not special birds activate in mid-flight is a toss-up. Even on Angry Birds’ opening and easiest levels, the erratic aiming on Kinect turns playing into a struggle. In order of ease of use, this is the how various control options rank: standard gamepad, touch screen, Move controller, your feet on a touch screen, your nose on a touch screen, Kinect.

Along with the dozens of levels that have been included on the mobile version, Angry Birds Trilogy has 19 new levels. Presumably these new levels are for fans who have exhausted everything the mobile version has to offer, but the new content can only be unlocked after beating all the original levels, which is a huge commitment. This begs the question: Who is this collection for? If you’re new to the series, you can get it on every mobile device and PCs for a significantly cheaper price. If you want more Angry Birds, you probably don’t want to spend dozens of hours replaying the levels you have already beaten. This collection is only ideal for a person who wants to get incredibly frustrated by Kinect controls, but that doesn’t count because I just made up that person up right now.

Angry Birds is a perfect mobile diversion game. It’s quick and addictive, and before you realize how its fickle physics can be incredibly unfair, your game is interrupted by a phone call. It’s not the sort of game that works well when you want to cozy up on the couch for a few hours. It becomes repetitive, and you will come up with all sorts of new profanities when doing the same thing over and over on the same level miraculously works because that one brick fell slightly to the left. Angry Birds is a fun game, but the console is not where it belongs. 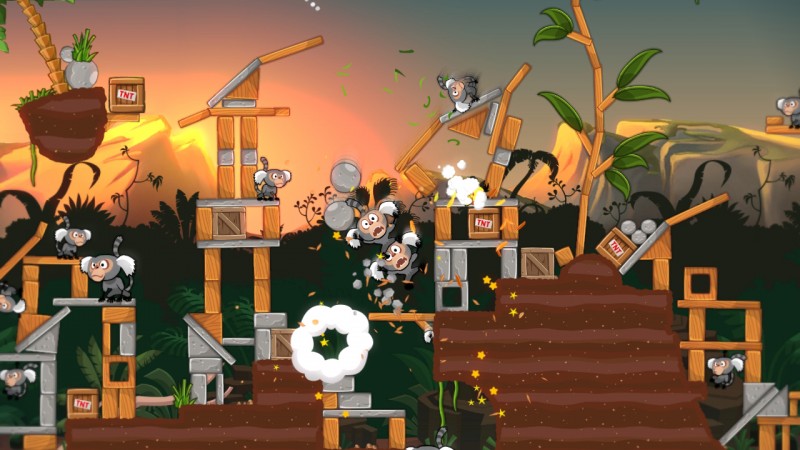 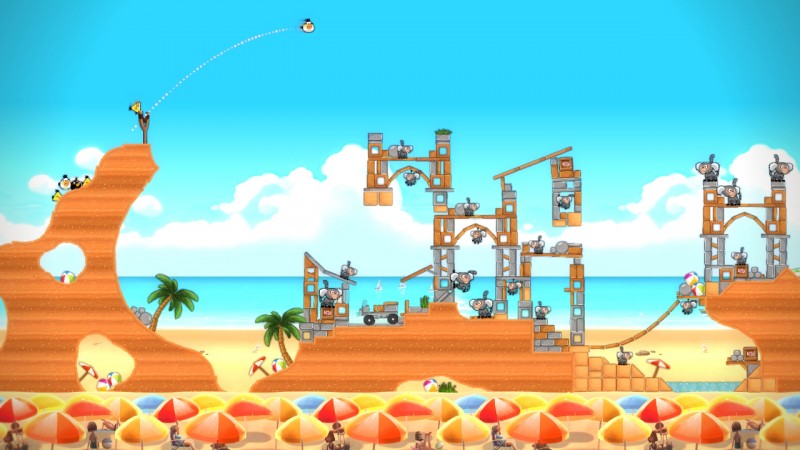 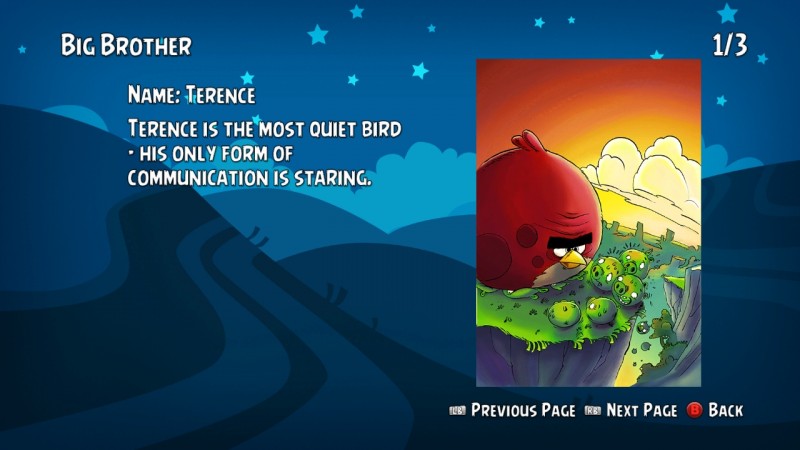 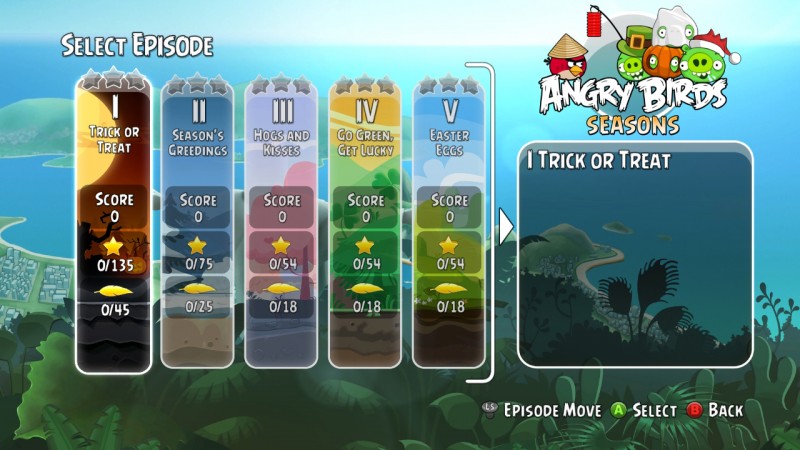 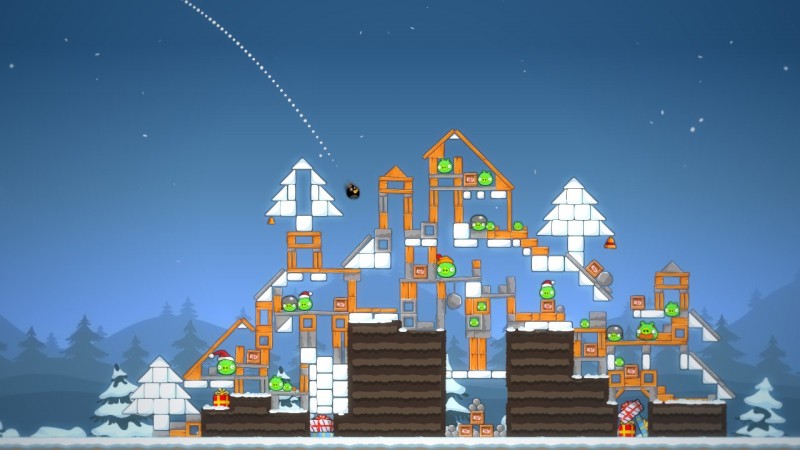 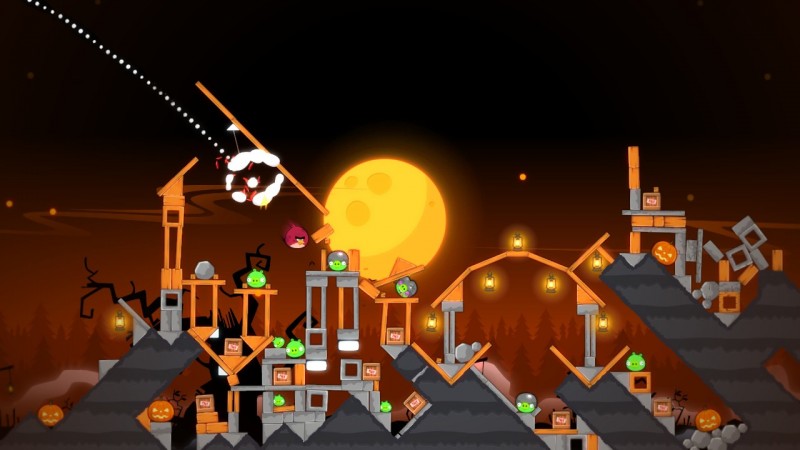 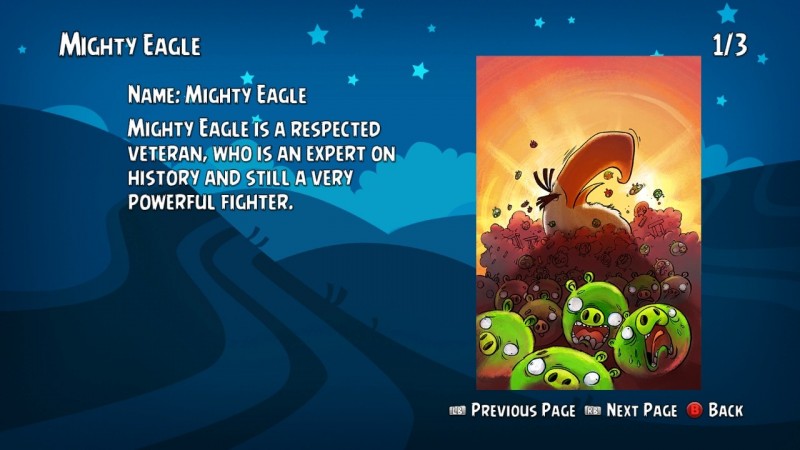 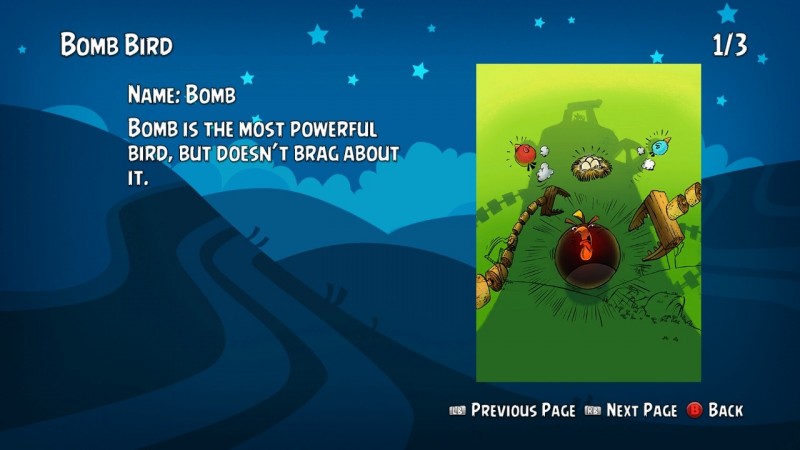 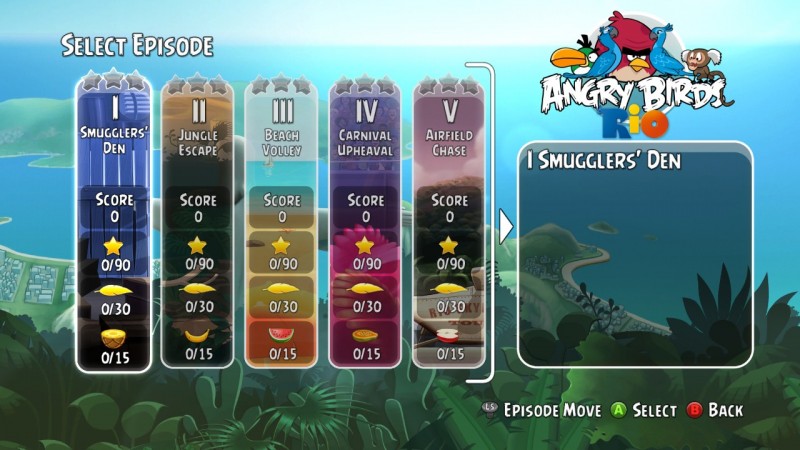 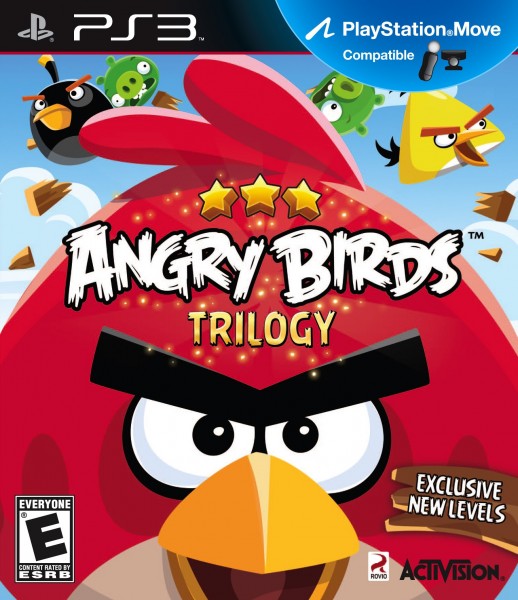 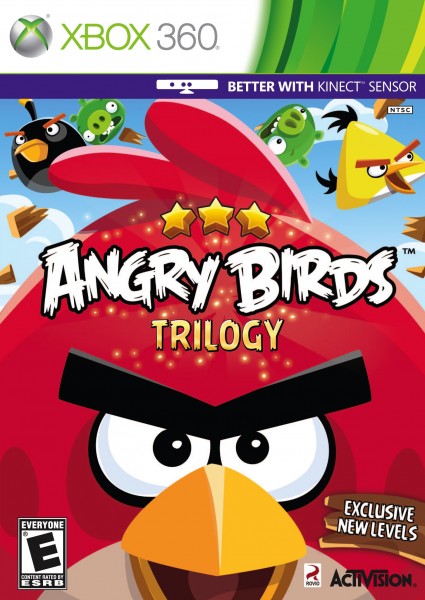 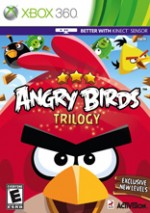 The consoles have somehow avoided the destructive rampage of these furious fowl and their war with the limbless pigs, but that is all changing with the Angry Birds Trilogy.

Purchase More Info
7
i
Game Informer's Review System
Concept Take the insanely popular mobile game, polish the graphics, throw in a few extra levels, raise the price, and bring it to consoles
Graphics Angry Birds looks sharp and colorful in HD, and extra little flourishes all over the screen easily make this the best-looking version
Sound The catchy theme is here, along with the moderately annoying bird squawking and pig snickering
Playability Playing with a controller feels great, and is now my preference. Not covering up the screen with a finger is nice
Entertainment Angry Birds has been downloaded on mobile devices over a billion times for a reason: It’s an addictive formula. It’s no different on the console, and in some cases, arguably better
Replay Moderate