Rovio formally announced Angry Birds Star Wars II last week, and now we've been able to get up close and personal to the line of toys that accompany the game. Hasbro brought the whole menagerie along to Comic-Con 2013, and they answered some of our questions about the game, particularly how the toys are being integrated.

First, the toys are an optional part of the game. Players can still choose to play as the light or dark side in the game from the outset, regardless of whether or not they choose to pick up the tiny rubber figurines. There are advantages to buying in, however. The biggest is that players can customize their loadout by placing the figurines onto a specially designed plastic Telepod base, and placing the base onto the camera lens of their mobile device. The base, which features a little magnifying lens, helps the player's device read the tiny QR codes that are affixed to each bird or pig's underbelly.

For example, one of the levels I saw featured the dark side (or pork side, as they call it in the game) trying to take out a group of Jawas. Count Dooku was the default pig, but we swapped him out with Darth Maul in seconds by placing him on the iPad. One restriction is that you're stuck with the alignment you're playing as. Don't think that you can bring Chewie over to help if you're on the pork side, for instance. Characters have signature powers and abilities, such as Darth Maul's double-bladed lightsaber and Jar Jar Binks' tongue. Players can opt to bring these characters into the game at will by either purchasing the toys, which provide unlimited usage, or through limited-use microtransactions. Otherwise, the roster will cycle in a fixed way through the bulk of the game's cast as the story progresses, as in past games. There are some characters from the original trilogy that may only be available via the toys, however.

In addition to the pigs and bird toys (which are a bit smaller than the pencil-topper style Angry Bird toys currently available), Hasbro is releasing a variety of playsets based on real-world slingshot and stacked block gameplay. 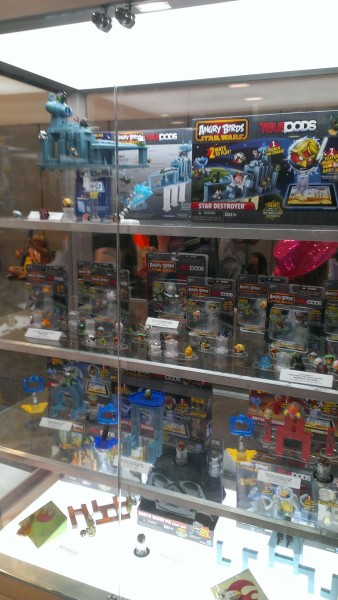 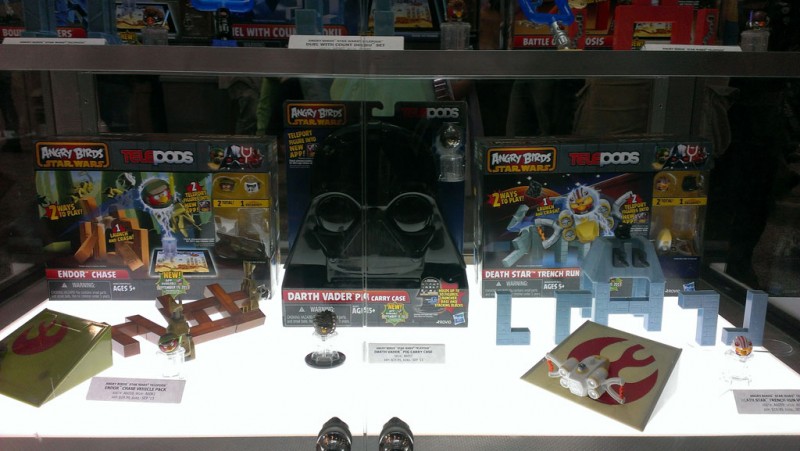 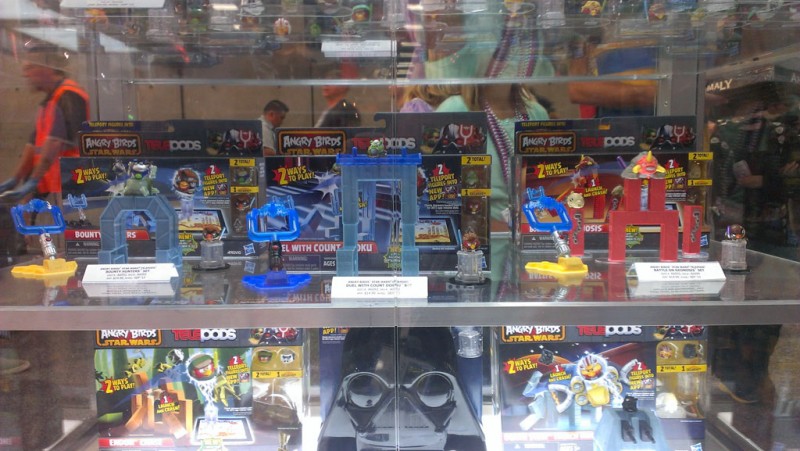 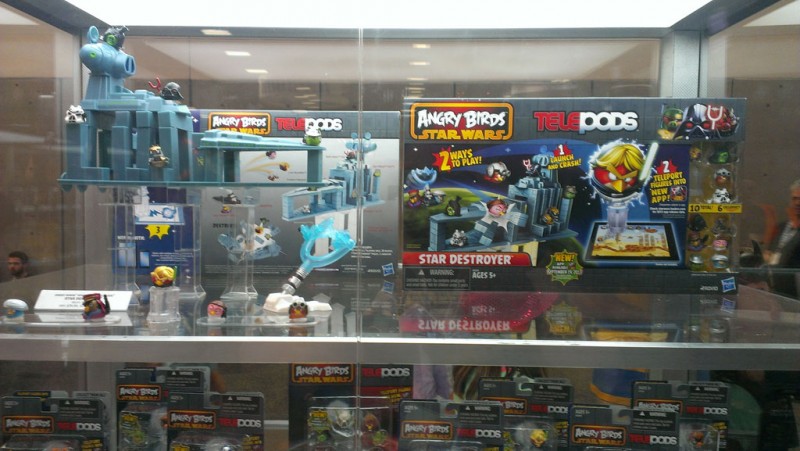 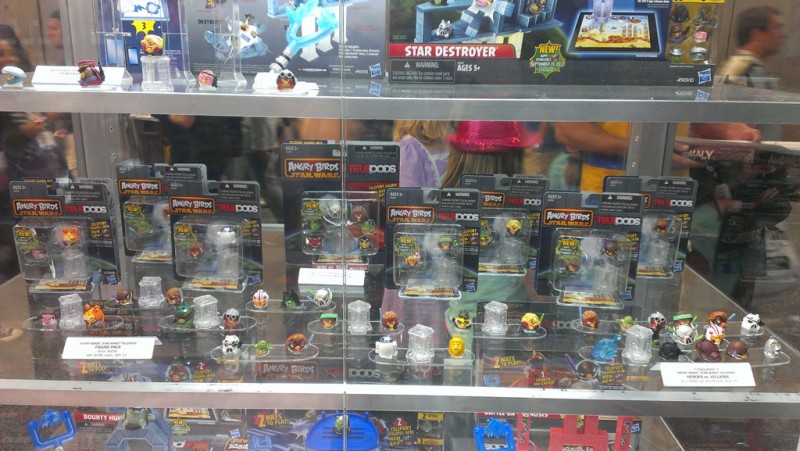