Amazing Alex began its life as a game called Casey’s Contraption. It caught the attention of Rovio (best known as the developer and publisher behind the Angry Birds juggernaut), and the company snapped up the rights to the game and released it as the newly re-branded Amazing Alex. The result is the gamification of the Rube Goldberg machine.

A Rube Goldberg machine is an overly complicated contraption that performs a simple task, like using a bowling ball to knock over books which flips over a pan which launches a tennis ball which starts off a chain of dominos which presses a button. In Amazing Alex, you are building Rube Goldberg machines to accomplish simple tasks, and just like those elaborate devices, you do a lot of work for little payoff.

Amazing Alex has an interesting concept, which in the early stages works well and offers simple joys. Creating a series of ramps to successfully bounce a tennis ball from the point A to point B is fun, and it makes you feel smart. Once the training wheels come off though, the trial and error nature becomes frustrating, especially in light of the demand for precise control.

Introductory object placement works perfectly. Dragging a wooden board to act as a small ramp for a rolling ball is easy and intuitive, but once you begin frequently restarting stages and making minor adjustments to your objects, the mechanics can become difficult and unwieldy. I struggled when the ramp I placed earlier needed to be rotated slightly in a clockwise direction, and moved to the left a millimeter so the ball can roll down it to perfectly hit the scissors to cut the rope.

Crucial aspects of your view are blocked when placing your finger right on top of the things you need to manipulate. Fingers get in the way of every touch-screen game, but the obstruction is particularly damaging here. Zooming in helps with minor adjustments, but once you start the machine, the view returns to normal, making it difficult to see exactly how much you need to repeatedly adjust an object. Throw in tiny pinball-like bumpers that change the trajectory of objects with small adjustments, and you are looking at a lot of restarts with a lot of miniscule object movement.

Amazing Alex also offers a robust creation system for you to make your own levels and share them online. Downloading levels from other players is simple, but it requires you to pull up the mobile web browser to select new levels. The levels I downloaded were interesting, but as is the case with all user generated content, the duds are terrible, and the gems are infrequent. The coolest levels were the ones that focused less on puzzle solving and more on playing around with the interesting set of tools.

Despite the numerous interface issues, successfully setting off a series of crazy physics contraptions is entertaining. The most fun I had was when the physics worked in my favor, but not as I assumed they would. Unfortunately, that kind of gameplay is difficult to consistently recreate. Amazing Alex is more difficult to play than it should be. It has a cool concept, and when you finally set up your domino effect and see your work play out perfectly, it makes you want more. Those moments are few and far between, and the difficulty ramps up to a point where you’re dreading each incoming level, as opposed to looking forward to a new challenge.

The Edge
There is a HD version of Amazing Alex available on the iPad, and while it does look sharper and is the preferred way to play the game, it doesn’t fix the main issues. Even with a bigger screen, your digits are still covering the most important aspects of the game, and the smaller objects are still entirely obscured.
Off
On
Off 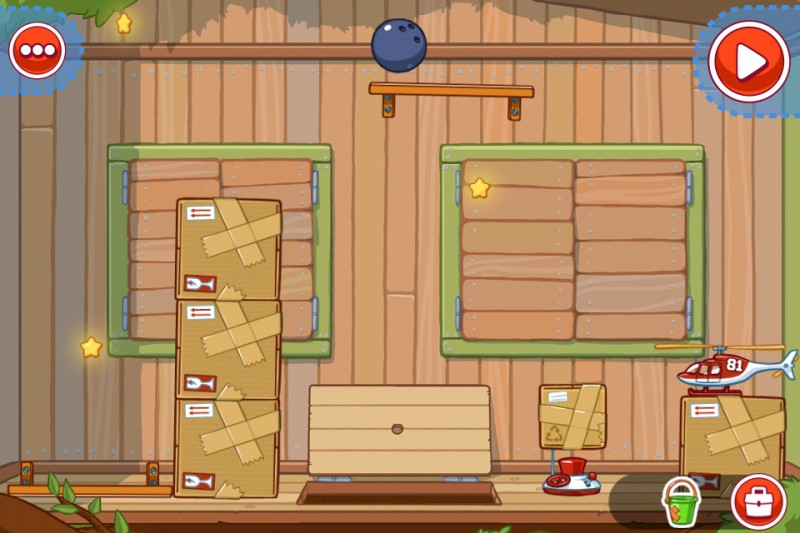 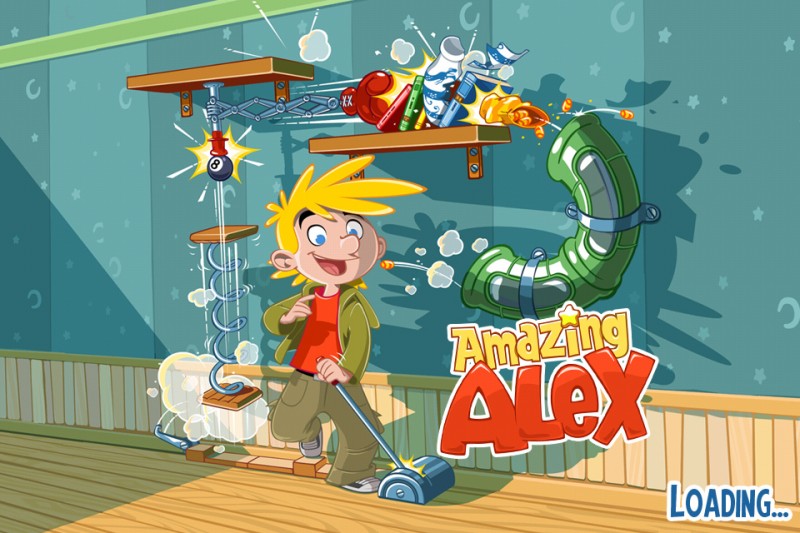 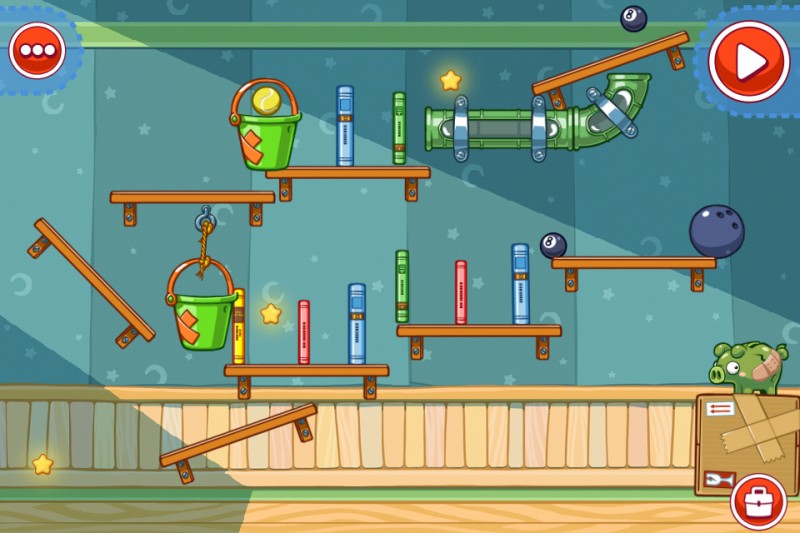 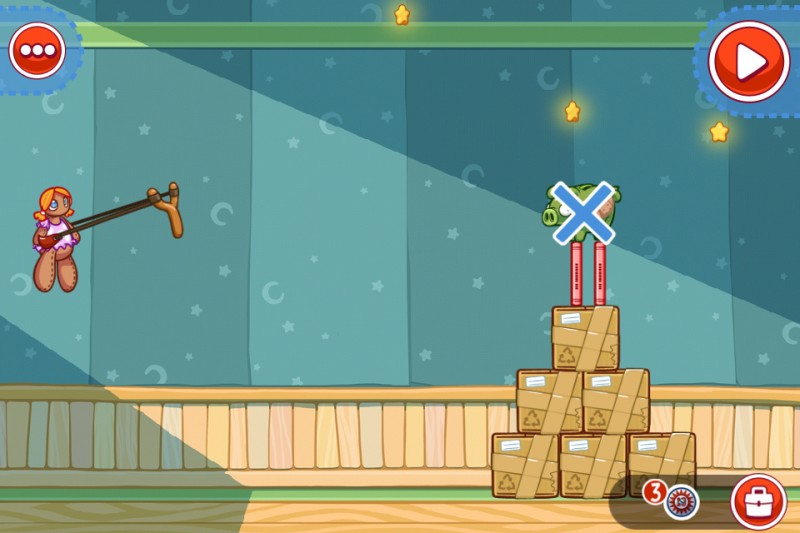 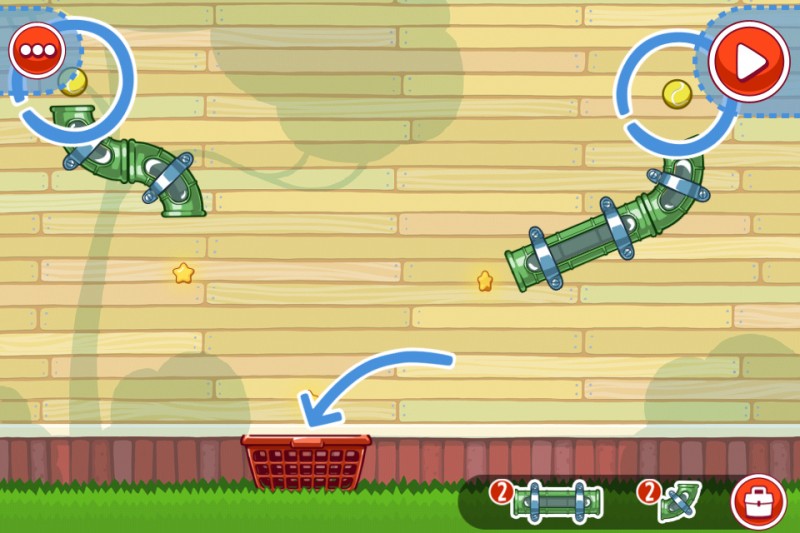 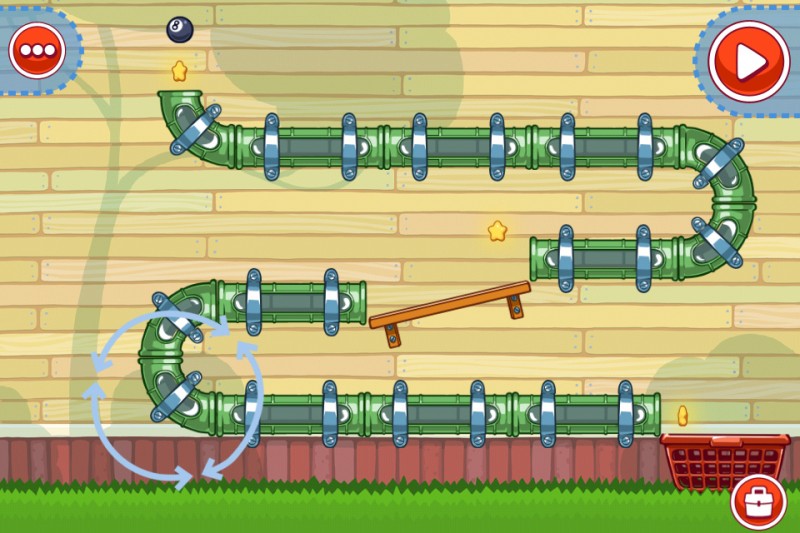 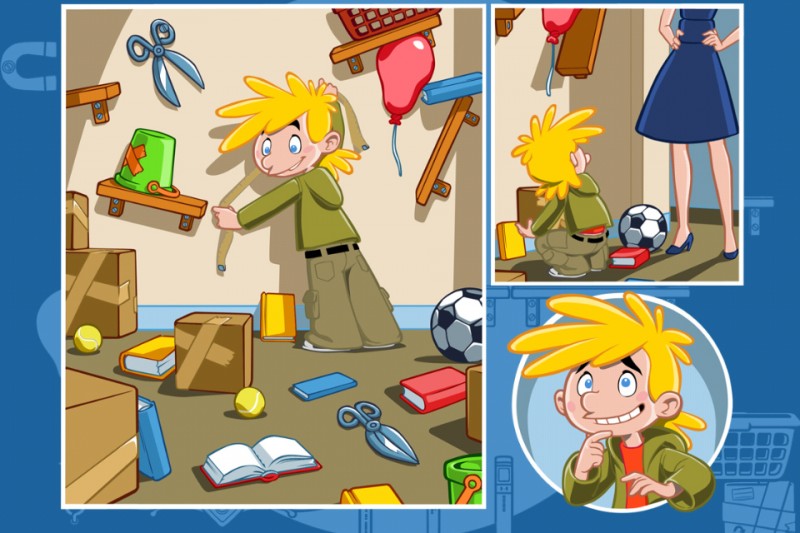 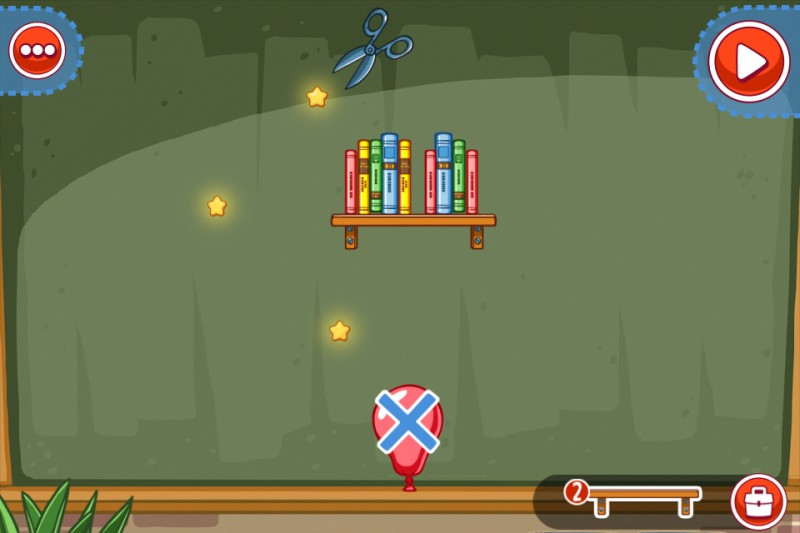 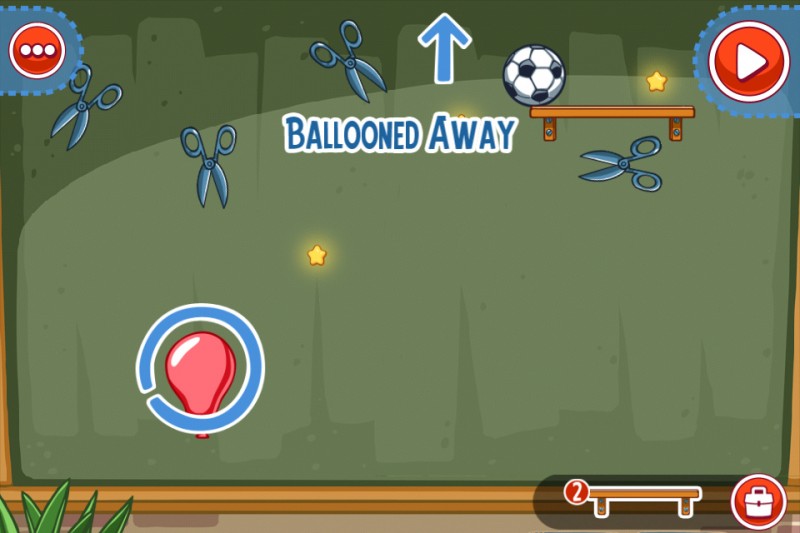 In Amazing Alex, you are building Rube Goldberg machines to accomplish
simple tasks, and just like those elaborate devices, it's not worth all
the effort.

Purchase More Info
6
i
Game Informer's Review System
Concept Build a puzzle game around Rube Goldberg devices, where complicated concepts create simple solutions
Graphics The art style is colorful and straightforward, though not particularly glamorous or memorable
Sound The sound effects and music are both perfectly forgettable
Playability Amazing Alex is all about placing objects at specific angles at specific spots. On a small screen where fingers of all sizes obscure the view, this is frustrating
Entertainment Causing complicated domino effects is rewarding, but setting it up just isn’t worth the effort
Replay Moderate