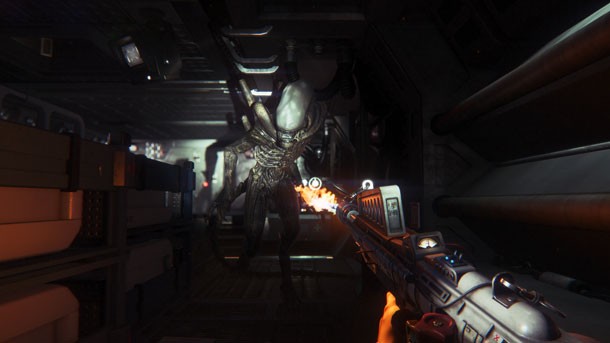 Alien fans are as unapologetic for their love of the films as they are for their disdain of games that fail to live up to the potential of the IP. While most Alien games take the James Cameron "shoot everything that moves" approach to the iconic sci-fi horror series, The Creative Assembly instead focuses on the original film's claustrophobic intensity and the feeling of being relentlessly stalked by a far superior predator. The result is a game you must learn and play the way it wants you to, but the cat-and-mouse chases provide an experience that's finally worthy of the Alien moniker.

Players take on the role of Amanda Ripley, whose desire to learn the fate of her missing mother brings her to a space station that has descended into chaos thanks to the appearance of a single, deadly xenomorph. Ripley must explore, fight, and – more often than not – run and hide to survive and find a way off the Sevastopol, while simultaneously trying to ensure that her extraterrestrial hunter doesn't reach civilization. If that sounds familiar, most of Isolation's plot points and twists will, as the script all too often parallels memorable scenes from the films. I had fun reliving these iconic moments, but would've preferred some more novel surprises along the way. Amanda exhibits little growth or personality, other than concern for her fellow humans and a desire to not die gruesomely, which – spoiler! – is going to happen to you all the time. 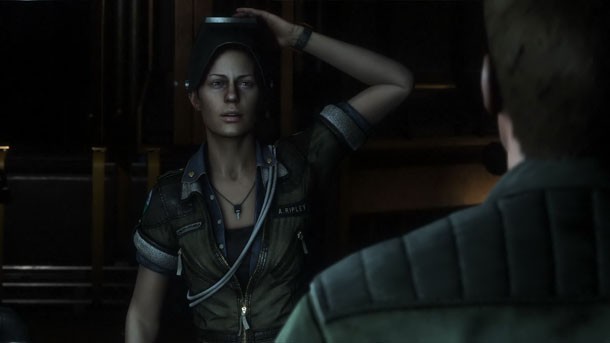 Isolation's gameplay is far more engaging than the story, albeit in its own methodical and unforgiving way. Your encounters with the xenomorph are impossibly lopsided, as the vicious extraterrestrial is leagues faster than you, impervious to damage, and kills with a single hit. As such, caution is paramount; whereas many games try to accommodate as many styles of play as possible, your options in Isolation are to be quiet and smart or dead. The occasional mad sprint to your objective may be a viable choice, but most of your time is spent under desks, in lockers, and peeking over railings. While so much hiding might sound boring, the constant threat of your unseen predator keeps you engrossed in the action, and every narrow escape and successful distraction instills a genuine sense of accomplishment. You unlock a variety of craftable items to help you in this regard, and while these new gadgets are empowering, they're not foolproof. No matter how safe you are, you'll still need patience for trial-and-error gameplay to fully enjoy the game.

When you're not running from the alien, you have two more enemy types to deal with. Armed human survivors will shoot you on sight, and are best avoided when possible (or used as a tasty diversion if the alien is lurking nearby). Worker Joes, on the other hand, are cheap synthetic androids that require a jolt from a stun baton or EMP before they can be taken down, and aren't on the alien's menu. Each enemy type sports its own traits and A.I. behaviors, and figuring them out and adapting your tactics keeps the action fresh. The Creative Assembly does a good job of mixing up the enemies and adding new wrinkles throughout the game, though on the whole the 25-hour campaign still feels too long. Most areas require sneaking through a maze of long, winding corridors and air ducts, only to trigger an objective and then make the long trek back. Exploring a new level is exciting the first time, but you return to most areas multiple times. By the end of the game Ripley has crisscrossed the station so many times she could probably draw the blueprints from memory, despite the fact that most of the areas share the same sterile, "what-the-hell-happened-here" aesthetic. 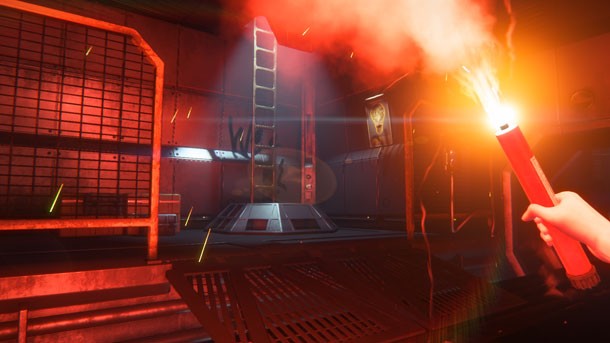 While players must contend with an unhelpful map system and some annoying quick-time event sequences, the biggest source of frustration comes from the checkpoint system, which requires players to manually save at designated stations. While this structure necessitates even more backtracking, reaching a save station always provides a much-needed sense of relief, and I grew to appreciate the old-school mechanic. That said, the save system elicited more than a few curses. Losing a bunch of progress when the xenomorph pops out of nowhere and kills you with a single, unforeseen tail stab isn't scary, just frustrating.

In fact, despite the setting and source material, very little in Alien: Isolation is actually scary. Tense, certainly, and I jumped at more than a few surprise xenomorph encounters, but the environments and action fail to instill the sense of dread that the movies or other horror games have inflicted on fans. Despite taking more than its share of inspiration from the Alien series, I found Dead Space to be scarier than Isolation, even if playing through the genuine article is far more appealing.

Unlike its titular organism, Alien: Isolation is decidedly imperfect. The story falls flat, your objectives lack a sense of accomplishment, and the campaign drags on longer than it should. When the gameplay is at its best, however, Isolation delivers the thrill of being in the Alien universe, something fans like me have waited a long time to properly experience.

Alien: Isolation successfully focuses on the original film's claustrophobic intensity and the feeling of being relentlessly stalked by a far superior predator.

Purchase More Info
7.75
i
Game Informer's Review System
Concept Escape a doomed space station while (hopefully) staying one step ahead of a towering, deadly xenomorph
Graphics The Creative Assembly nailed the look of the Alien universe, but the lighting and shadows are sometimes inconsistent or altogether nonexistent. Wooden character animations cause a lot of the attempted drama to fall flat
Sound Music and sound effects from the film series are used to great effect. The voice acting and dialogue are less impressive
Playability Players need lots of patience for sneaking through environments, peeking at enemies from behind cover, and coping with some frustrating checkpoints
Entertainment This is the closest a game has come to capturing the promise of the Alien franchise, even if its story doesn't add much to the lore
Replay Moderately Low