Aero Porter puts you in charge of taking bags from passengers at an airport and placing them in the correct outgoing plane. You do this by moving color-coded bags up and down rotating carousels. Unfortunately, this puzzle game lacks the addictive “one more game” feeling that titles like Tetris instantly inspire.

Aero Porter is part of the Guild 01 collaboration between publisher Level-5 and a number of small development studios, including Grasshopper, home of the renowned Suda 51. While I love to see these kinds of collaborations, this particular experiment is a bust.

The core mechanic of Aero Porter isn’t complicated, but it gets tedious and difficult quickly. I often found myself waiting for a particular bag to come around to the right spot on a carousel while darting my eyes over to a quickly expiring timer for a plane that was ready to take off. Being timed to complete a task while also having to wait for things to happen is not a comfortable combination. It can be absolutely infuriating.

Pressing the right trigger creates a downward connection between all the rotating carousels, while the left trigger creates an upward connection. If you want to move the red bag down one level to the red carousel, you have to be careful that bags on other levels don’t also move downward. While managing the upward and downward connections, you can also speed up the carousels with the left and right d-pad and choose which planes need to be loaded with the up and down d-pad. The face buttons do things like slow down the baggage drop-off and allow you to purchase energy to keep the carousels moving. One or two of these features would have been enough to make an interesting puzzle mechanic, but there is too much going on at any given time to make the game enjoyable. When it comes to puzzle games, a certain level of simplicity is important.

The difficulty ramps up quickly with the addition of new features and extra carousels. In some instances you have to dispose of questionable luggage, use the motion sensor to roll awkwardly shaped luggage onto the right carousel, or give special consideration to luggage from VIP fliers. These curve balls help change up the gameplay, but appear far too early. I barely got the hang of the core concept before all these new features appeared and complicated everything. The game reaches its peak of playability early on, but with all the additions, it loses the simplicity of challenge found in great puzzle games that inspire replayability.

Video games often take a presumably tedious idea and make it interesting. Puzzle games are the king of this; matching colored shapes, organizing blocks, or stacking pills on viruses should not be fun, but the right game design finds a way to make it happen. Despite my preconception that handling baggage at an airport is not enjoyable, I wanted Aero Porter to surprise me. Unfortunately, it didn’t. 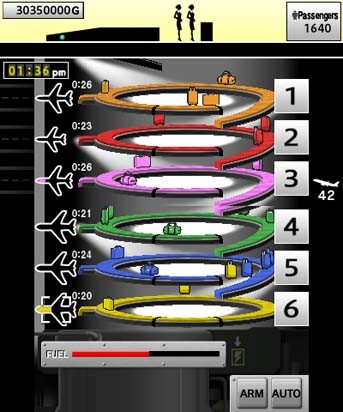 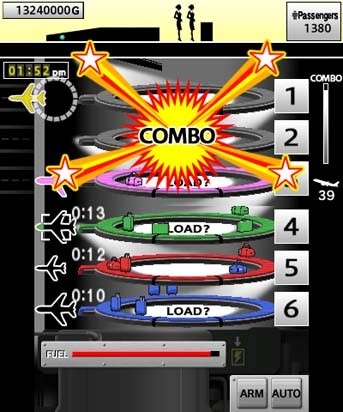 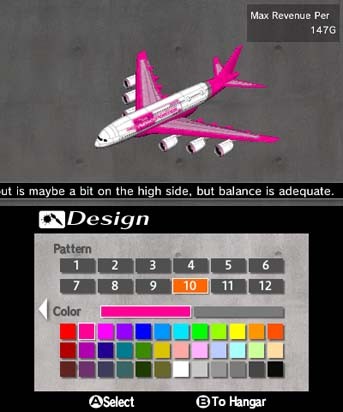 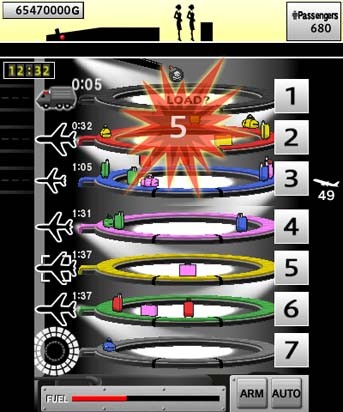 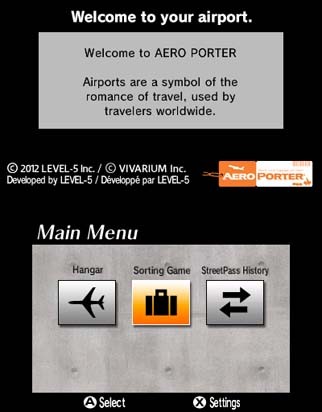 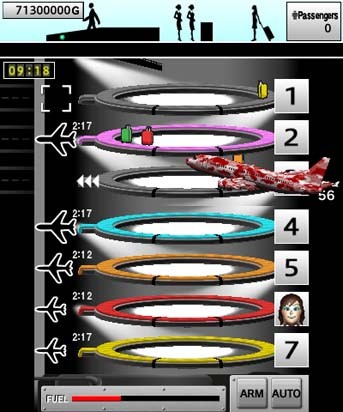 Purchase More Info
5
i
Game Informer's Review System
Concept Manage the most interesting part of running an airport: baggage
Graphics The presentation is simple but effective. Nothing is impressive or offensive
Sound The pleasant lobby music is accentuated by the sounds of the baggage carousels constantly rotating
Playability Moving platforms to distribute baggage is simple enough, but sometimes the other buttons and touchscreen buttons can overwhelm
Entertainment I assume handling baggage is about as fun in real life as it is here
Replay Moderate