I’m not claustrophobic person in real life, but few things in games freak me out more than diving down a waterlogged tunnel accompanied by dwindling oxygen supplies and the sound of a heartbeat. It’s a reliably tense setup, which is probably why it keeps bobbing to the surface. Considering Adr1ft’s deep-space setting, I expected to spend hours clutching uncomfortably at my shirt collar and gasping out of empathy for my oxygen-starved character. Fortunately, there’s more to the game than the concept of running on fumes. Three One Zero delivers a quiet game that, interspersed with desperate exploration, offers a sobering examination of responsibility.

Adr1ft picks up immediately after the space station Northstar IV has been destroyed, its crew presumed dead. Commander Alex Oshima is nearly cast out into space after the explosion, and she’s only barely able to pull herself back into the wreckage. I quickly learn that although she survives the initial blast, keeping her alive is going to be the trick.

Her suit was compromised in the explosion – most noticeably its oxygen and propulsion systems. Every thrust of my jet pack depletes the reserves, which are already ticking down slowly with each of Oshima’s breaths. It is an unnerving feeling – then I get my bearings and look around. Survival is dependent on finding canisters of oxygen that float eerily among the zero-gravity carnage, which is initially difficult. Navigating in 3D space can be tricky, and there’s definitely a learning curve in Adr1ft. Once I get the hang of feathering the boosters, managing my rotation, and compensating for momentum, I feel like someone who has spent an extended period in space. The sensation is exhilarating, and it makes up for my first clumsy half hour.

Though her situation is dire, it’s far from hopeless. Oshima has to find a way back home to Earth by manually restarting various systems that were affected by the station’s destruction – easier said than done, since those key areas have been split and scattered in space. There’s something exhilarating about a door in a seemingly normal space station opening up into a field of debris, knowing that the path to salvation lies on the other side of a maze of sparking, drifting wreckage. There’s no combat to speak of; the danger here is running out of oxygen or getting your suit battered beyond repair from your sloppy flying. Though you uncover information as you progress, the heart of the story is simply getting to safety.

Adr1ft shares the same contemplative pacing of so-called walking simulators, as well as a similar way of sharing a story, but it’s definitely more of a gamer’s game. As you learn more about the tense relationships between the various crew members before the disaster – and how they cope using drugs, sex, or simply letting go – you also restore your suit’s capabilities, which are needed to negotiate some of the trickier puzzles. However, even at its best, the suit’s navigation systems could use an upgrade. A simple compass point valiantly tries to nudge you toward your next objective, but it doesn’t offer much help in some of the more complicated sections. Exploration is a critical part of the experience, but it gave way to frustration a few times when I didn’t have a clear idea of what exactly I was supposed to do, or where.

The game and its inception are inexorably linked, and it deserves a mention. Designer Adam Orth conceived the game after the much-publicized fallout from a series of controversial tweets he made while working at Microsoft. Oshima’s plight is more immediate and the stakes are significantly higher, but the parallels aren’t easy to ignore. As you listen to audio logs and read messages from the crew, you get a sense that the commander bears a larger responsibility in what happened. Whether Oshima makes it home or not, a larger reckoning awaits – and quite possibly, redemption.

Adr1ft On Rift
I played Adr1ft in its entirety on Oculus Rift, and then played some of the game on a traditional display afterward to compare the experiences. While I wouldn’t buy one for the experience, Adr1ft on Rift is a powerful showcase for VR technology. Looking down from a spacewalk and seeing the Earth below must be a breathtaking moment, and Three One Zero consistently fills the headset with the closest thing most players will get to see in their lifetimes. Parts of the game pinned me back in my chair with awe, and running out of oxygen made me feel even more desperate in VR.
The traditional display flattens the experience, for better or worse. I didn’t have any issues with motion sickness during my five-hour session, which was split into two large chunks. Players who are apprehensive about that can still play the game, and they also have the benefit of seeing the HUD in one place. In VR, you turn your head slightly to the left and right to see your bearing, oxygen levels, and other indicators. It’s a great illusion, but I occasionally felt like a twitchy bird moving my head back and forth so often.
If you have the choice, I’d recommend the VR version slightly over the traditional display, but not to the point where anyone should pass up a fascinating experience because one is more immersive.

This review was originally posted on March 28. 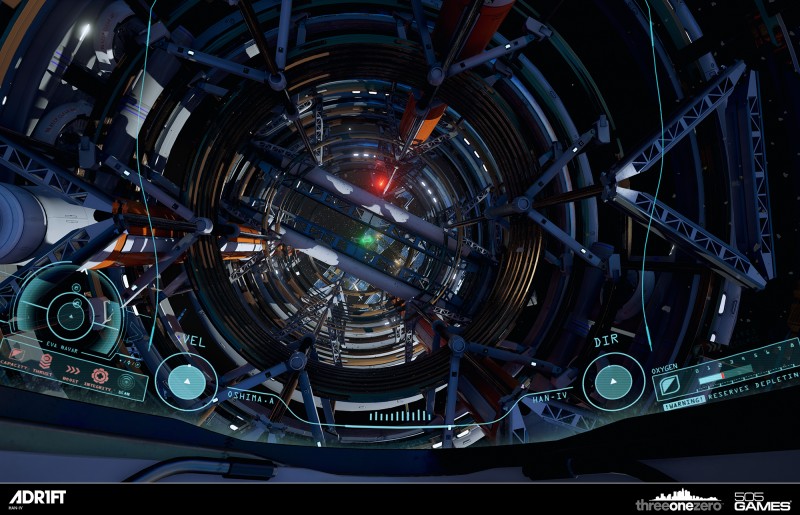 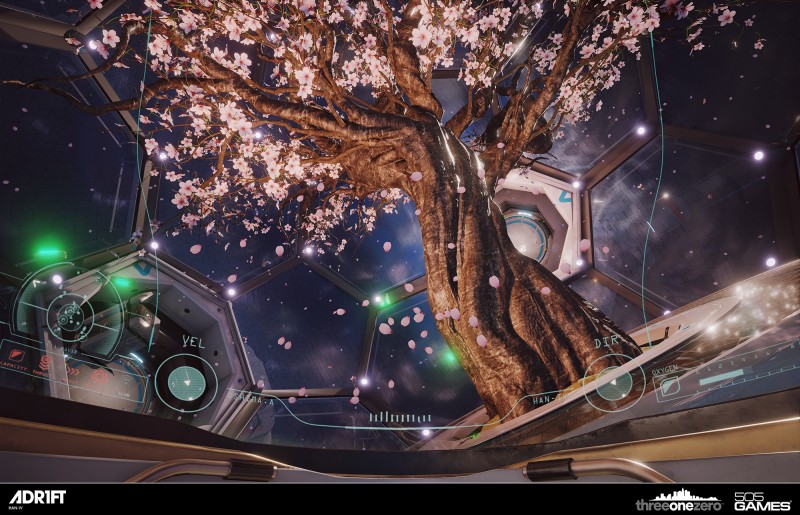 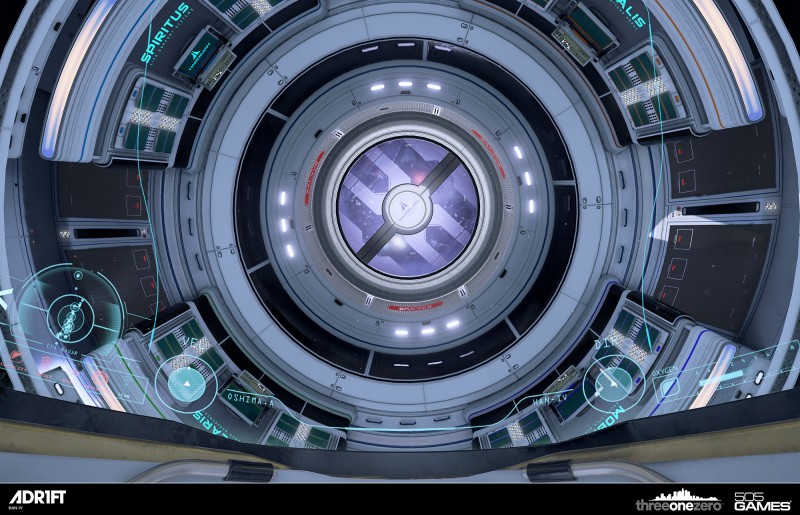 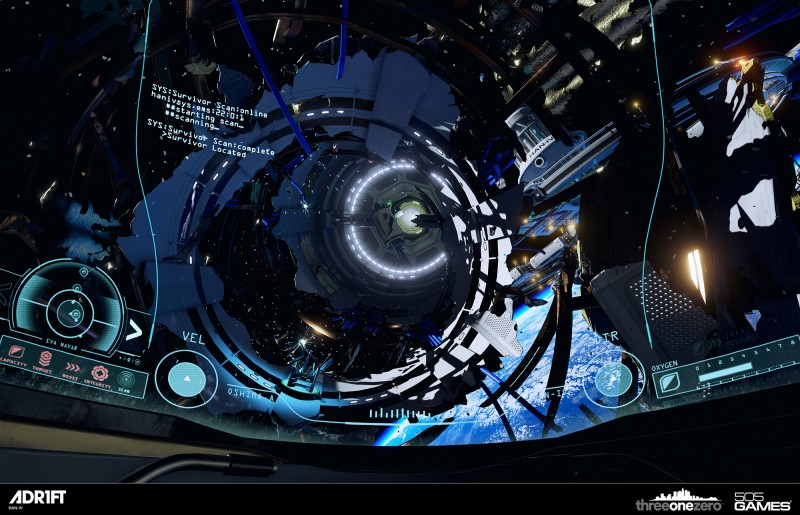 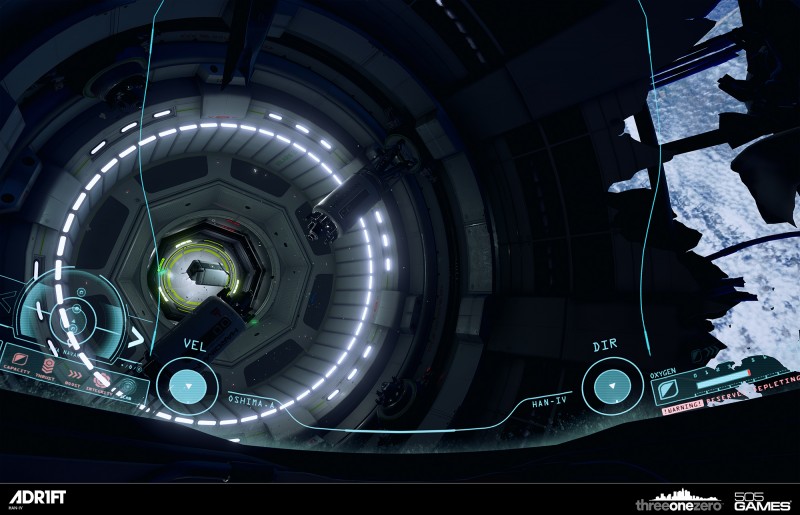 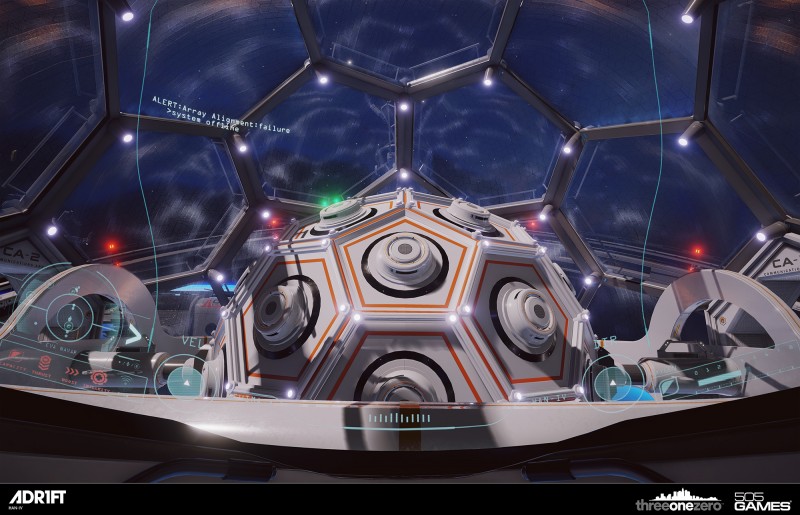 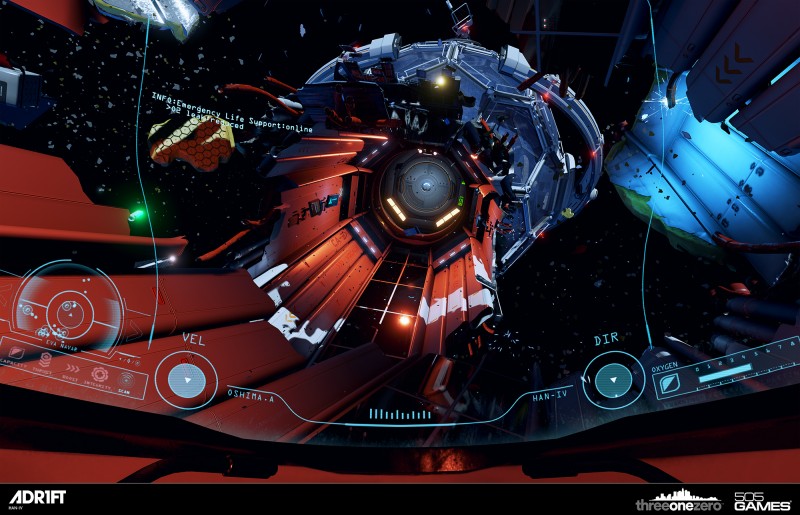 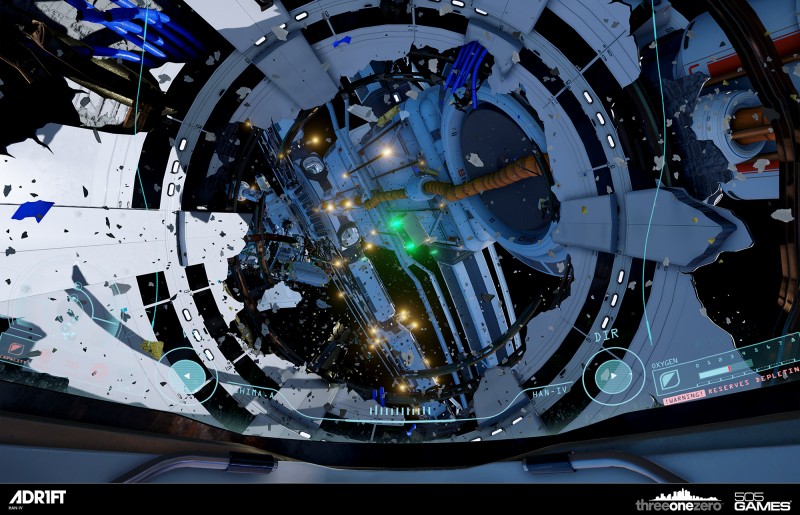 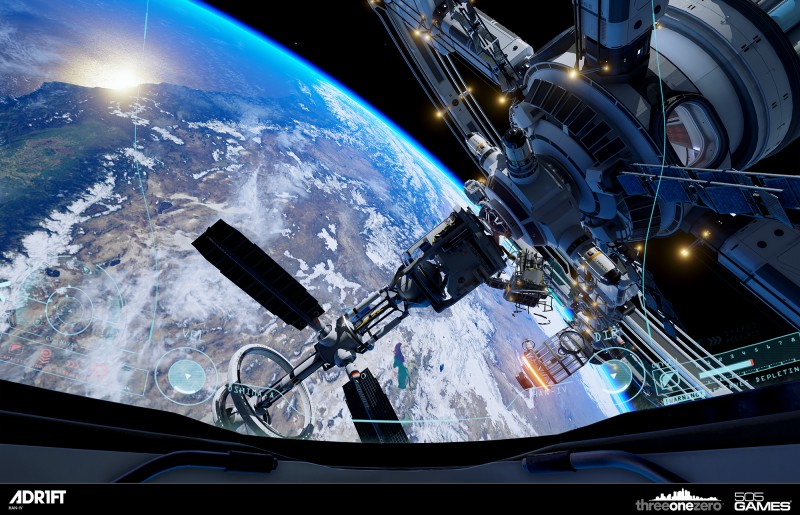 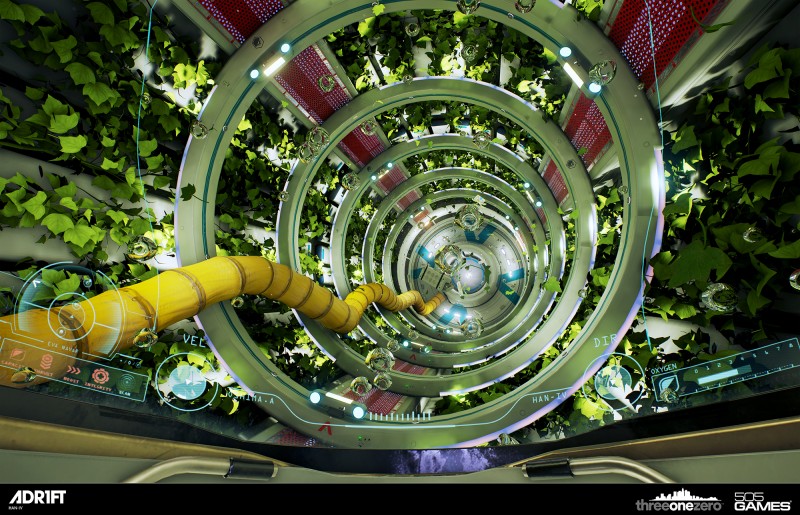 8
About Game Informer's review system
Concept
Recover from a catastrophic accident on a space station and find your way back home
Graphics
The station itself is the sterile kind of place you might imagine; the visuals shine when you see the torn insulation and exposed wiring beneath
Sound
Music is used sparingly, but it adds a sense of urgency to the proceedings. The doomed crew comes alive via well-acted audio logs
Playability
It takes a while to get the hang of propelling yourself with a barely functional suit, but you learn to pull off graceful maneuvers before it’s over
Entertainment
Adr1ft’s mix of tense gameplay and mature storytelling stays with you after the mission’s end
Replay
Moderately low 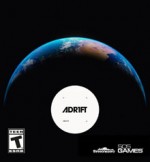