The World Cup is more than an event that happens every four years. It’s a long road of qualifying matches a full two years before the first whistle blows on the world’s greatest tournament. It’s a process of coaches accessing their roster and dealing with untimely injuries and dips in form. It’s promising youngsters earning their first caps and veterans being recalled from overseas clubs for important qualifying matches. There’s a whole tale of tragedy and triumph just in the qualification process, and in this respect it’s indeed worthy of its own video game treatment. The problem is that 2010 FIFA World Cup South Africa doesn’t do the whole journey justice.

Unlike past World Cup games by EA, this game attempts to flesh out the entire qualifying schedule. Notice how I said “schedule” and not “process.” You’ll go through a full calendar of games leading up to South Africa, but what the game doesn’t include are important elements such as being able to schedule other world tournaments along the way. I don’t expect EA to go and get the license to the Confederation’s Cup, but it would be cool to be able to book that kind of tourney to get my players some needed seasoning.

I also feel that this game could further explore your roster decisions as a coach. It does include a separate Captain Your Country mode, which is like Be a Pro from previous FIFAs, except you have to work your way up the roster ranks to earn the captain’s armband. However, I don’t like that the camera is pulled out (unlike previous Be a Pro modes) because it lessens the immediacy. And because it’s a totally separate mode, it isn’t integrated into your core career.

I think it would be great if this game let you find undiscovered gems in the lower part of your national squad roster. Or had you deal with domestic coaches in order to get the services of star players when they are conflicted between the need to help their country or their club during crucial stretches. These are the kinds of concerns that national teams have to deal with, not to mention finding and hiring the right coach in the first place. But this game does not address such aspects.

2010 FIFA World Cup South Africa does try to give you a World Cup experience, however. Beyond the Captain Your Country mode I already mentioned, there are little touches such as fan cutscenes during the tournament and a new penalty taking system that ups the nerves and skill needed to bang home such an important opportunity.

The online mode is also worth noting because it does more than have you face off against other players around the globe in a mock World Cup. You can certainly play that way if you want (or in a more traditional league setup with the countries of the world), but more interesting is the Battle of Nations. This has you pick a country to represent, and every online game you play – no matter which country you play with – garners points for the nation you’ve initially chosen to represent. Everyone playing online is adding to each country’s pot, so in the end you get to see which one and its supporters are best.

Underneath all of this, of course, is the high benchmark of gameplay that the FIFA series achieved this past year. There are even some improvements from the game that EA released last October, although I mainly noticed that defenders will wisely not bother to trap the ball before clearing it from in front of their own goal.

There’s no doubt that World Cup 2010 delivers a great performance on the pitch, but this game fails to give you the full qualifying experience elsewhere. Thus, it doesn’t really tell the full tale of the World Cup. The different online options and new penalty taking system are welcome, but aren’t enough to let this title stand on its own two feet. The new penalty taking system features a moving needle which you have to align with a sweet spot. How big it is depends on the skill of the player taking the penalty 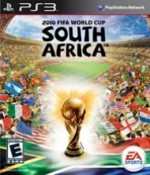 Bring your nation to their feet and your opponents to their knees. The long road of qualification for the World Cup starts here.

Purchase More Info
8.5
i
Game Informer's Review System
Concept Give players a taste of what it’s like to qualify for the World Cup. Just a taste
Graphics The added shots of coaches prowling the sidelines and the fans in the stands look pretty good
Sound It’s unfortunate that even your qualifying matches have South African drum corps and the same chants game-in and game-out
Playability Developer EA Canada has made some gameplay improvements since FIFA 10, but I can’t say I noticed them all
Entertainment Although this is the best FIFA World Cup that EA has put out, it still fails to capture all the drama and excitement of the World Cup and its all-important qualifying phase
Replay Moderately High