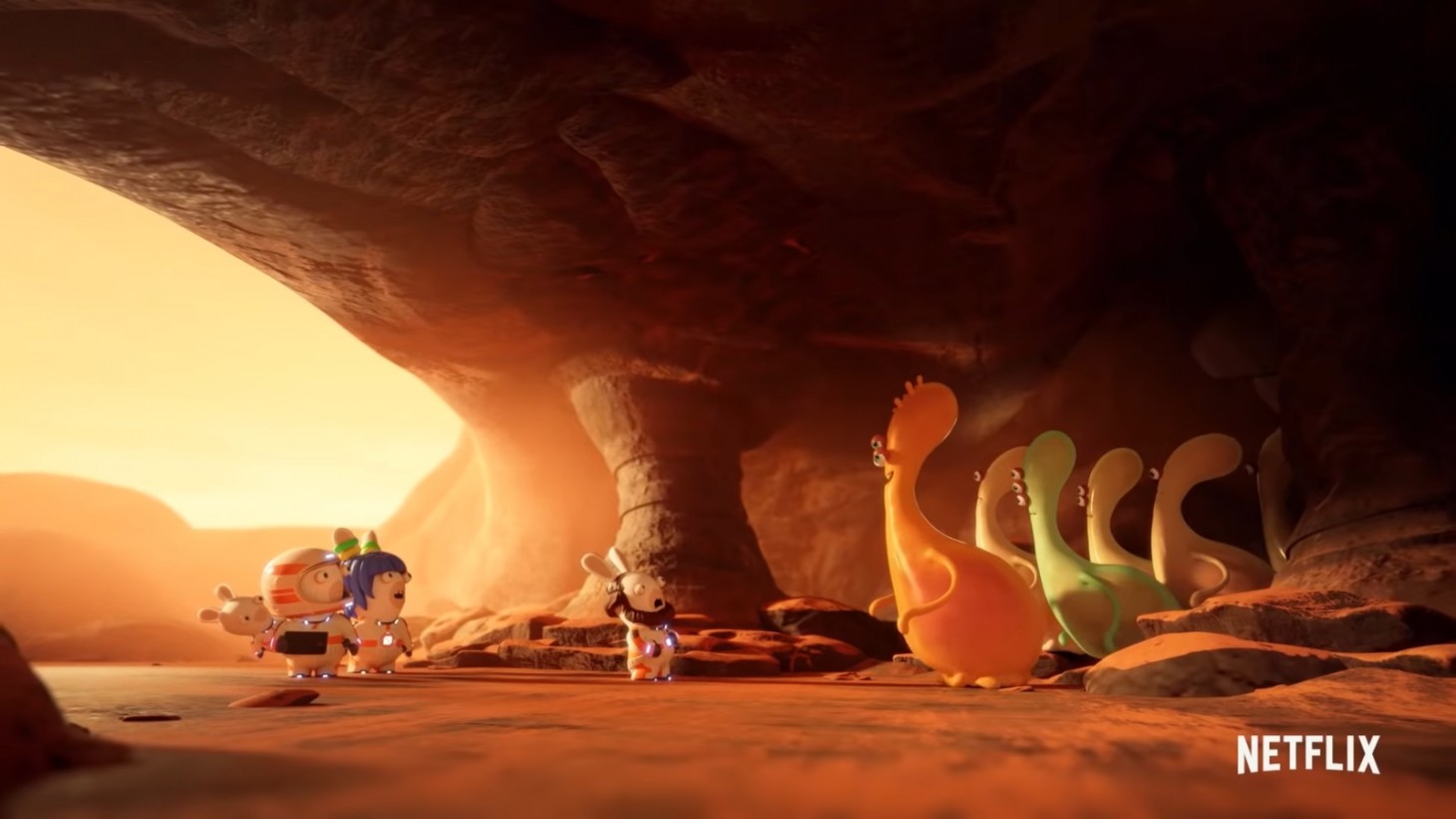 Ubisoft’s Rabbids franchise essentially serves as the publisher’s version of Illumination's Minions. The weird bunnies are equal parts cute and zany and have a tendency to screw up everything they touch, despite their best intentions. Now they have a chance to take their antics off-world in a new animated film coming to Netflix next month.

Rabbids Invasion: Mission to Mars is a new movie that stars Beardie, a misunderstood Rabbid possessing genius intellect who dreams of traveling to Mars. Thankfully, his smarts land him a seat aboard a mission to Mars. The bad news: his sillier brethren also tag along. But when a sinister plot causes the mission to go awry, leading to the Rabbids being stranded on the red planet, Beardie will have to rely on his wits, his fellow Rabbids, and even aliens to save the day.

If the trailer looks like a good time for you and/or a tyke, look for Rabbids Invasion: Mission to Mars to hit Netflix on February 18. If Rabbids aren’t your thing, it’s far from the only video game property getting a Netflix series. In fact, The Cuphead Show premieres the same day as Rabbids Invasion and plenty of other video game series await on the horizon. Those who prefer to enjoy their Rabbids in games can look forward to Mario + Rabbids: Sparks of Hope coming to Switch sometime this year.