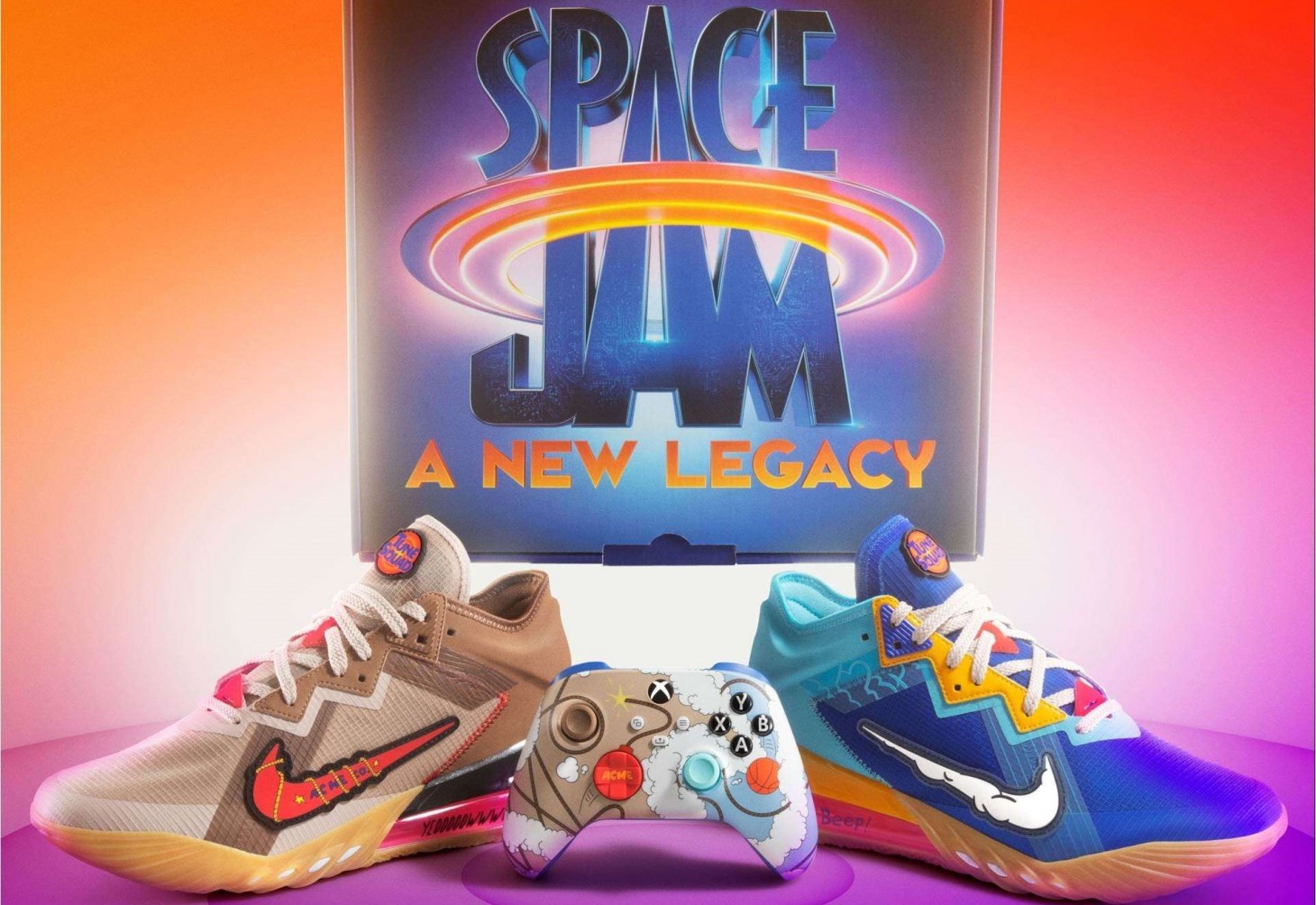 Earlier in June, Xbox unveiled a few different versions of exclusive Space Jam-themed wireless controllers. Now the team is adding to that Space Jam love by teaming up with Nike for a new shoe to celebrate the upcoming film. To sweeten the pot a little bit, another new Space Jam controller has been revealed that pairs with the new sneaker via the Nike SNKRS app.

Warner Bros. Nike, and Xbox have just unveiled the Space Jam: A New Legacy sneaker bundle that comes with a Road Runner vs. Wile E. Coyote Nike LeBron 18 Low and an exclusive pairing Xbox Wireless Controller. "Taking inspiration from Wile E, Road Runner and the LeBron 18 Lows, the Xbox design team set out to tell a deeper story and bring together the controller and sneakers in a scene representative of the classic Looney Tunes rivalry., said Xbox principal designer Elliot Hsu in the latest Xbox Wire blog post.

The left shoe shows off that Wile E. love with more down-to-earth neutral tones whereas the right one reps the Road Runner with the recognizable blue hues with that yellow flair. The controller, as seen in the video above, is designed to tie the two sneakers together, artistically speaking, to make this bundle true to Space Jam in every which way.

We also made sure all details on the controller hinted to details on the LeBron 18 Lows. The Road Runner vs. Wile E. Coyote Xbox Wireless Controller has a textured grip and a hybrid D-pad—which perfectly integrates the iconic ACME logo. On the sides of the controller, fans will notice the memorable phrases of “Yeeow!” and “Beep! Beep!” highlighting the physical humor of the Wile E. and Road Runner.

As for the movie itself, Space Jam: A New Legacy stars LebRone James in a magical mashup of worlds, much like the original. When LeBron finds himself trapped in a wild digital space with his son, they must team up with Lola and Bugs to find a way home. The best way to do that? Kick butt and take names in basketball against the A.I's digitized champions in this world. Tunes vs. Goons ramps up the heat when the film arrives later this month.

Interested in this bundle? You can learn more about it right here before the movie - and the game inspired by the film - drop on July 15.

Thoughts on the latest Space Jam tribute and sneaker partnership with Nike? Think you can design one better? Shout out those hot takes in the comment section below!