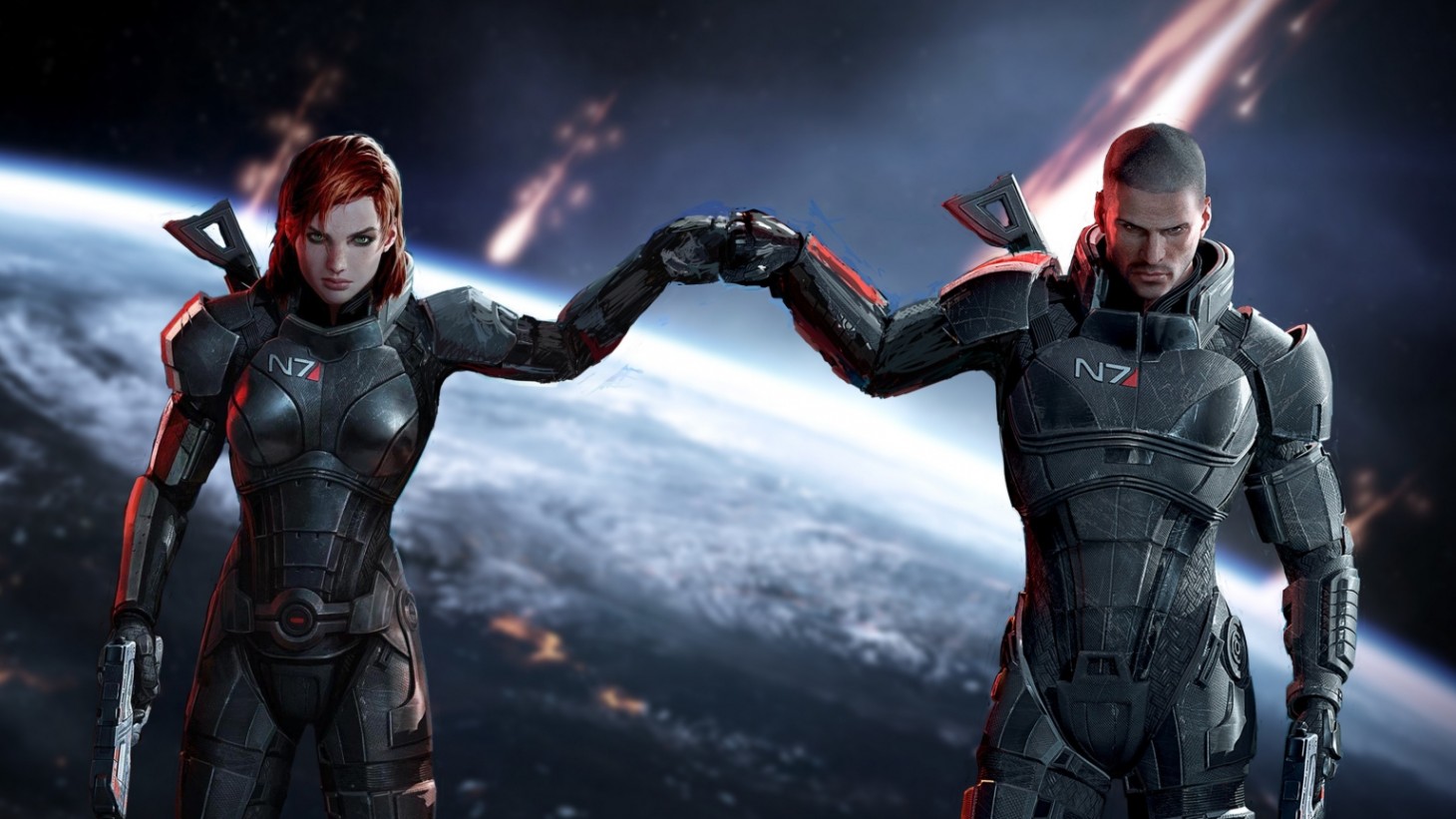 To celebrate the launch of the Mass Effect Legendary Edition, a large portion of the original trilogy cast reunited for a special panel including both voices for Commander Shepard, Joker's Seth Green, and so many more. When Mark Meer, the voice behind Male Shepard, put out a call to fans to edit the Citadel DLC in Mass Effect 3 to have both Sheps battle it out, one fan took to the challenge in a pretty epic way. Just be warned, the video has spoilers for one of the greatest DLCs in gaming history, so if you haven't played it yet, you might want to turn away now.

Spoiler warning given. Fandom mode activated. Let's do this. In the Mass Effect 3 Citadel DLC, there are a few parts. An entirely new area of the Citadel is open, filled with bars, casinos, arcades, and a swanky sushi joint. It all goes to hell, as things often do with Shepard, when a band of mercs attack them when they meet up with Joker at the fanciest restaurant on the Citadel. The plot thickens when it is found that the true enemy is ... well, Shepard. Turns out, Cerberus built a backup clone in case Shep needed any "spare parts," and that clone has some issues with being second best. Before the best party ever to hit space arrives, Shepard and their crew must fight to take the Normandy back and prove that the galaxy is only big enough for one of them.

On fan, YouTuber RangerDelk, took Meer up on his challenge and edited the DLC in a way that MaleShep and FemShep square off, giving us the crossover that has only been available via mods and less than SFW fan fiction. The result? Pure epicness:

This from the original trilogy, not the remaster, but is really awesome to see the pair battle it out. It turns out that this user created a video previously where FemShep was the clone, but  Meer requested another version where he was the backup organ donor instead, giving Jennifer Hale's take on the character time to shine.

The Mass Effect Legendary Edition is out now and has been met with pretty stellar reviews, including our own right here. For the those wanting a little more remaster goodness in their life, be sure to check out our Exclusives hub below to see more from our time chatting with BioWare to dive deep into what the Legendary Edition has to offer. You can check that out here in between missions that ... you know, save the galaxy? No pressure.