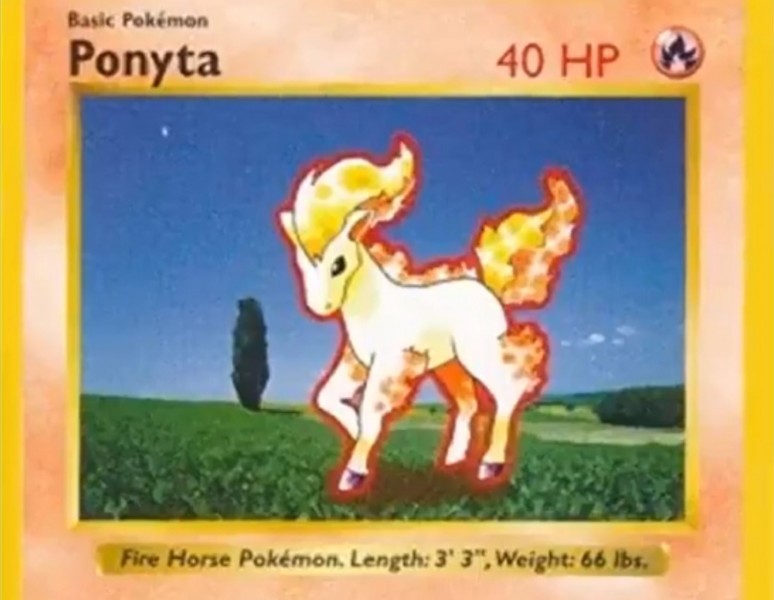 Pokémon is a cultural phenomenon. The famed series has been adapted into multiple forms of media: television shows and movies, manga, and games. But who remembers collecting Pokémon card packs back in the day (long before the card game gained traction)? I do, although I never learned how to actually play. Apparently that uncanny background art from classic Pokémon cards — you know, the scenic environments with vast meadows and far off trees that never meshed well the cartoony aesthetic of the featured Pokémon — was just pulled from a collection of stock images.

Last night I managed to find a bunch of source images used as backgrounds in Pokemon cards, here's a few of them. pic.twitter.com/NMJ6VaSqOa

Twitter user Fanamel scoured the deepest corners of the internet to find the true mythical origins of Pokémon background art so that we wouldn’t have to. According to Fanamel, the compilation of backdrops comes from a stock image series called Datacraft Sozaijiten. “This series is used in a lot of Japanese media and Nintendo games which is how I found them,” reads Fanamel’s tweet. You can watch them work their magic in the short video above. Even the hilarious “Imposter Professor Oak” card, which appears to just have a picture of a metal wall as a background, comes from the Datacraft Sozaijiten collection.

Other fans have contributed to Fanamel’s thread with other gifs and short videos of the stock images being layered behind the Pokémon art.

In other Pokémon news, Brian Shea got a sneak preview into the upcoming New Pokémon Snap game and liked what he saw, "New Pokémon Snap is effective at recapturing the magic of the first title. With a new region, new mechanics, and a vastly expanded collection of Pokémon to pull from, I'm excited to see how this entry improves upon the original."