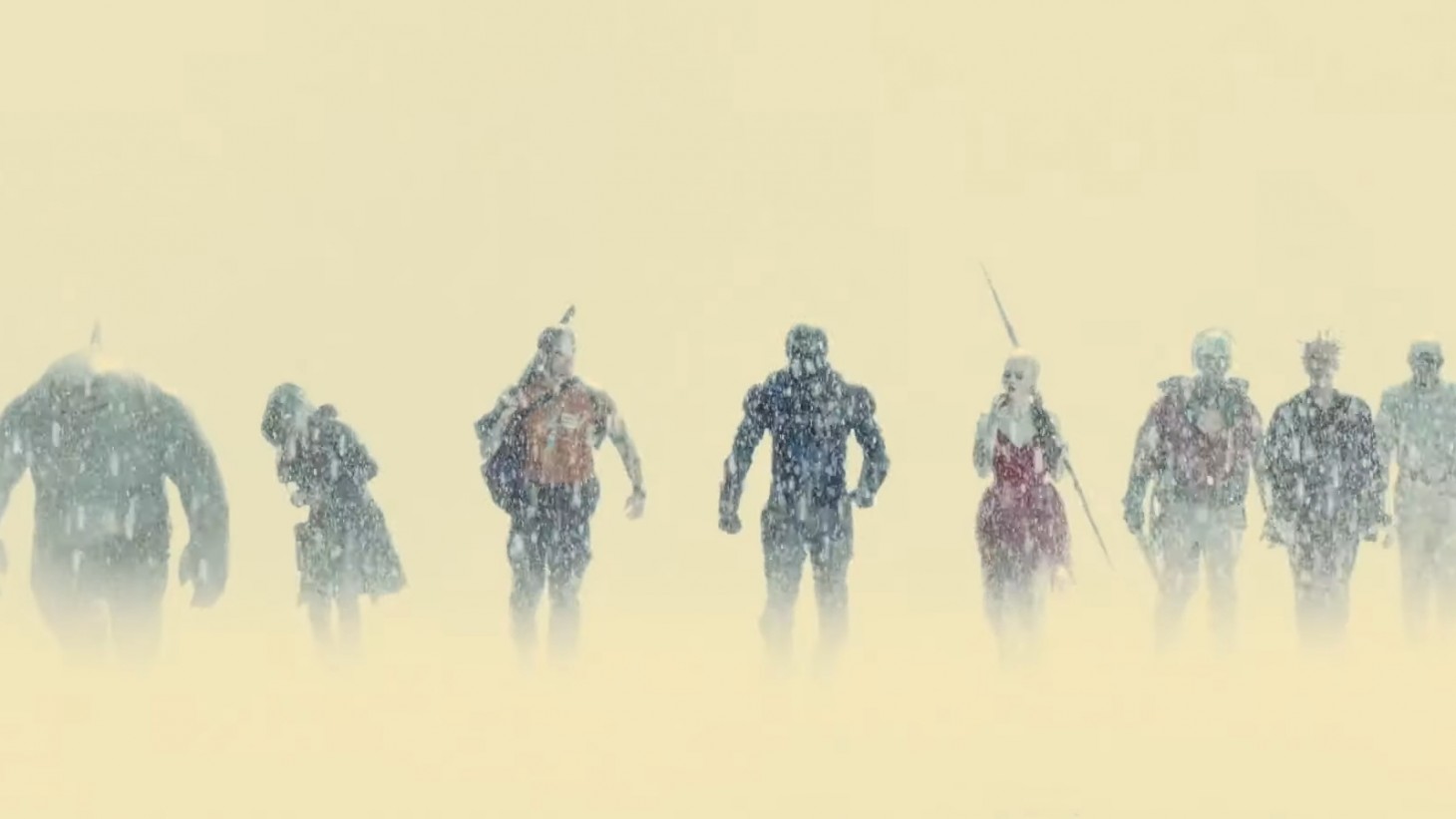 2016’s Suicide Squad didn’t exactly land with audiences, which is why we’re getting a re-do of sorts with The Suicide Squad. Besides adding “the” to the title, the film is directed by James Gunn of Guardians of the Galaxy fame and after months of anticipation, the first trailer for the wacky film has arrived.

The Suicide Squad serves as a standalone follow-up to the first film and features returning names like Margot Robbie as Harley Quinn, Jai Courtney as Captain Boomerang, and Viola Davis as Amada Waller. The giant ensemble cast includes Idris Elba (Bloodsport), John Cena (Peacemaker), David Dastmalchian (Polka-Dot Man), Peter Capaldi (Thinker) and Slyvester Stallone (King Shark). The story centers on a band of supervillains who are forced by the government to work together in order to destroy a top-secret laboratory/prison.

Gunn has previously stated that The Suicide Squad taps some the strangest/most obscure villains in the DC universe and is ultimately a war film. By that, he means viewers shouldn’t expect all of these goofballs to survive the entire adventure, and some of the fun of the film will be finding out who bites the dust and how.  I wasn’t too fond of the original Suicide Squad film, but this iteration looks like it’ll be a lot of fun. We’ll find out how it compares when The Suicide Squad premieres August 6 in theaters and HBO Max.

This is also a good reminder that Rocksteady is working on Suicide Squad: Kill the Justice League, their next big game after wrapping up the Arkham series of Batman games. The game is slated to arrive in 2022. If you missed it, watch the debut trailer for that game here. For more DC movie goodness, you can also watch our reactions and impressions to Zack Snyder's Justice League here.

What do you think of The Suicide Squad’s first trailer? Hit us up with those hot takes down in the comments!