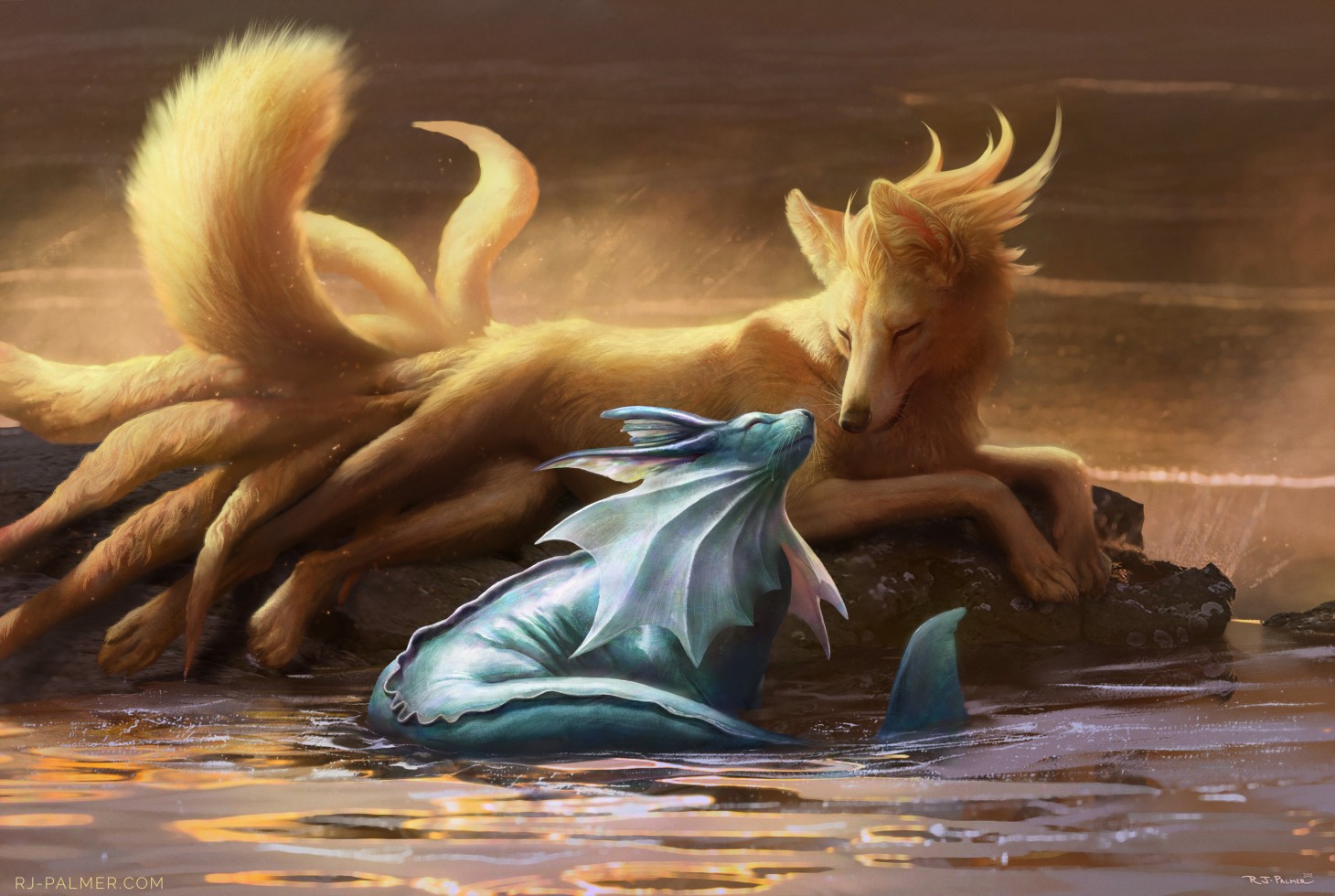 Artist RJ Palmer is no stranger to making the typically cartoonish creatures of Pokémon look like they belong in the real world. Even before he worked as a concept artist on the upcoming Detective Pikachu film, Palmer was creating art depicting realistic versions of the iconic Pocket Monsters. While his work has spanned the various generations of the series, his latest creation focuses on two Gen 1 Pokémon.

The latest piece, aptly titled "Vaporeon and Ninetales," shows the two eponymous Pokémon sharing a friendly moment. The realistic depiction highlights just how different these two Pokémon are in their evolved states, which made them perfect for the message Palmer hoped to convey in the piece.

"Eevee and Vulpix are superficially very similar Pokemon despite not being especially closely related," Palmer wrote in the piece's description. "Both Eevee and Vulpix are very common in the high end Pokemon Beauty Contest circuit as they are prized for their aesthetics. As a result they are often raised together in captivity and are often very comfortable around each other. Pokemon friendships are be a strong bond that does not break despite when evolution to Vaporeon occurs. A Vaporeon raised in isolation or in the wild is very aggressive and dangerous to Ninetales. Under proper circumstances, their biology may have greatly diverged but their shared past can still bring them together for a peaceful interaction in spite of their type opposition."

For more of Palmer's Pokémon work, check out his takes on Mewtwo, Tyrantrum, and the various Eeveelutions. You can also follow him on Instagram for a broader look at his portfolio.