Silent Hill Recreated In Animal Crossing: New Horizons, Because Why Not?

While we don't have a new Silent Hill game announcement to share, one Animal Crossing fan put their horror spin on their island in New Horizons. Animal Crossing: New Horizons offers unlimited creativity and because of that, mashups are a pretty common occurrence. That being said, one Redditor did a pretty phenomenal job at bringing this particular horror franchise to life in the Nintendo adventure.

The below Redditor took a screenshot of their island on one particularly foggy day, equipped with the infamous "Welcome to Silent Hill" sign. With the additional Halloween flair thanks to the ongoing Fall event, this person did a pretty stellar job at making sure the atmosphere is on point. They also provided a reference look with an actual Silent Hill poster for comparison:

This post immediately became popular on Reddit, with many Animal Crossing players asking for the OP to make this creation an uploaded town as a visitable Dream Island. For those that haven't played since Dreams invaded the game, this just means that players can visit certain dreams of other players, created by those looking to go even more outside of the lines in terms of creative contributions. 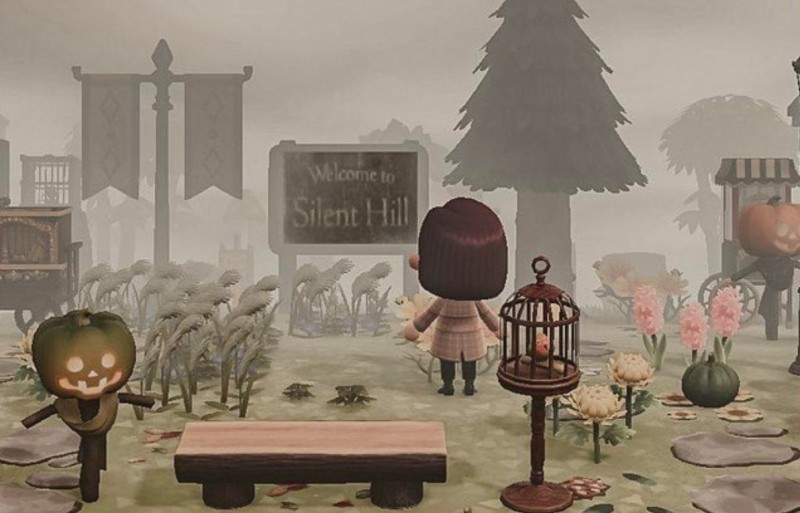 For now, it doesn't look like this has been uploaded, but feel free to track the thread above to keep an eye on if this becomes something all can explore and enjoy.

As for the Fall update, you can learn more about what is new in Animal Crossing: New Horizons with our previous coverage here.

Thoughts on this Silent Hill x Animal Crossing: New Horizons mashup? Think you can do better? Sound off with your thoughts in the comment section below!