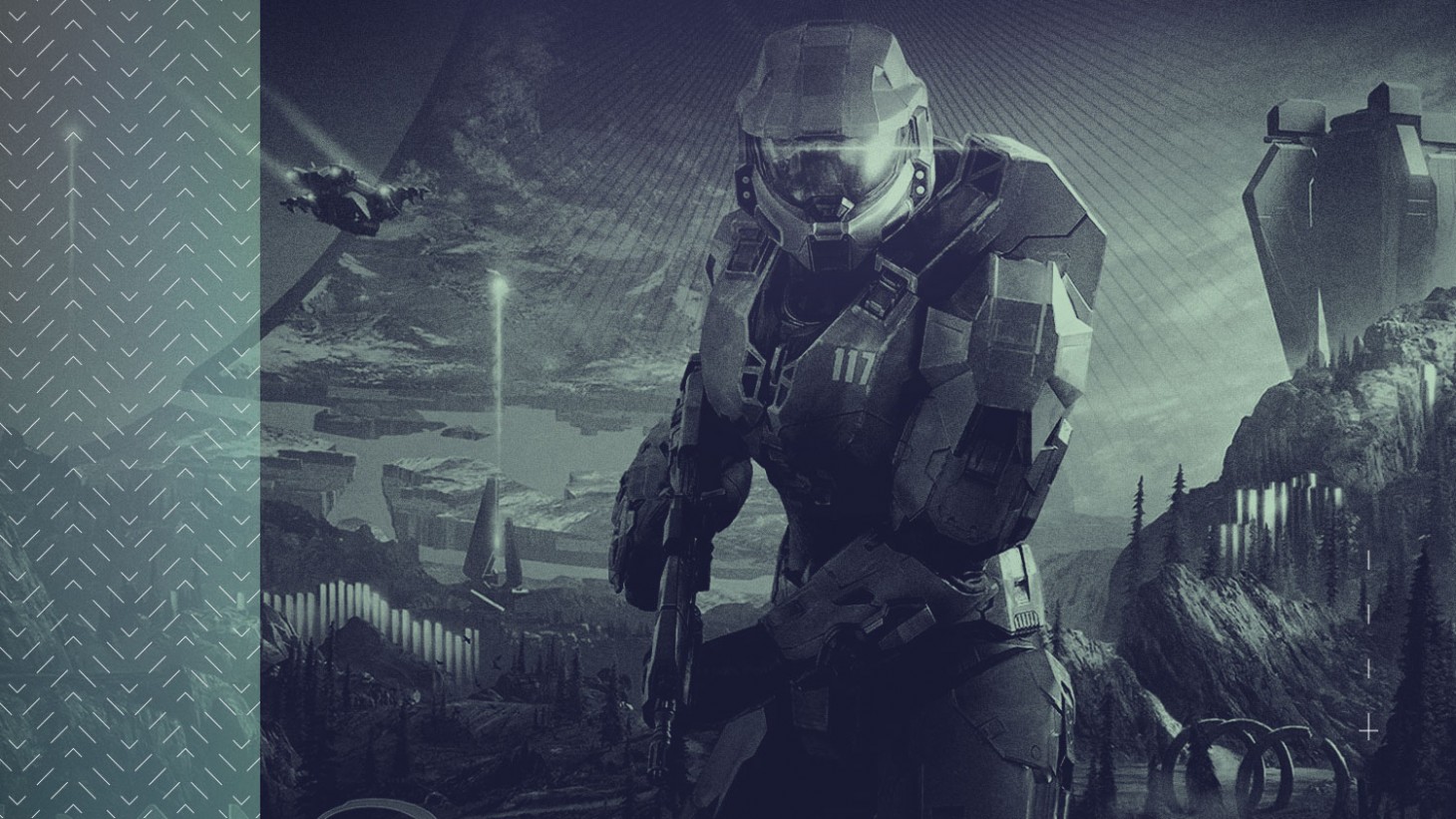 Master Chief’s explosive new mission is a testament to this. The Zeta ring is unlike anything the franchise has ever showcased before while also nostalgically reminiscent of Combat Evolved’s classic backdrop. Infinite presents the series’ first open world and gives players the freedom to explore the verdant environment with a fun catalog of new toys. The Grappleshot, for instance, introduces a newfound level of verticality, as Chief can now scale treacherous mountain ranges or Banished fortifications with ease. Skill-based progression instills the new-gen title with RPG elements, allowing players to customize the green-armored soldier to fit any playstyle. And tucked-away secrets like skulls and audio files breathe life into the expansive sandbox while providing narrative context. The risk of incorporating these fresh mechanics and features pays off in dividends.

Anyone craving an array of entertaining playlists to test their FPS skills need look no further than Infinite’s accessible multiplayer suite. This time around, the moment-to-moment action is dictated by gunplay, loot rotation, and map knowledge, meaning that any Spartan can find success on the frontlines. Close quarter combat in the tighter Arena mode highlights polished movement/physics, as sprinting, sliding, and clambering feels better than ever. On the other hand, Big Team Battle demonstrates 343’s meticulous level design. Maps like Fragmentation and Deadlock boast sprawling playgrounds that appropriately funnel players toward essential objectives. Cosmetics and other cool collectibles are obtained from acquiring Battle Pass levels, completing various challenges, and even experiencing the single-player campaign. Combined, all these components continuously dazzle.

And what’s a Halo game without its goosebump-inducing choral chants? Composers Martin O’Donnell and Michael Salvatori might’ve laid the groundwork for the soundtrack(s) and moved on to Destiny, but Infinite continues their legacy with roaring guitar licks for heady firefights and swelling melodies during quieter, reflective moments. The acclaimed Halo formula – good music, tight gameplay, and a grand adventure with emotional heft – is still alive and well, which is why Halo Infinite is our pick for best shooter of 2021. | Our Review

Back 4 Blood – The spiritual successor to Turtle Rock Studios’ Left 4 Dead games was long overdue. Back 4 Blood is a modernized blast to the past, harkening back to when cooperative shooters were more commonplace. An automated game director keeps tensions high, and a clever card system adds strategy to the bloodshed. Now, grab some buds, and mow down hordes of undead ghouls to your heart’s content. | Our Review

Returnal – What can we say about Returnal that you haven’t heard already? Atmospheric dread, stunning visuals, mind-bending story beats, and challenging but rewarding battles culminate in one of the best action shooters of the year. Housemarque took a considerable risk venturing into roguelike territory with an arcade games pedigree, but its new sci-fi epic can’t be ignored. | Our Review

Fortnite – Before you roll your eyes, hear us out: Fortnite is a cultural phenomenon more than the sum of its zany, cartoonish parts. From Spider-Man to The Matrix’s Neo, the sheer number of crossovers keeps things fresh and relevant. And the dedicated support from Epic Games (e.g., upcoming Unreal Engine 5 upgrades, fantastic chapter-based content rollouts, etc.) put the popular battle royale in a league of its own. | Our Review