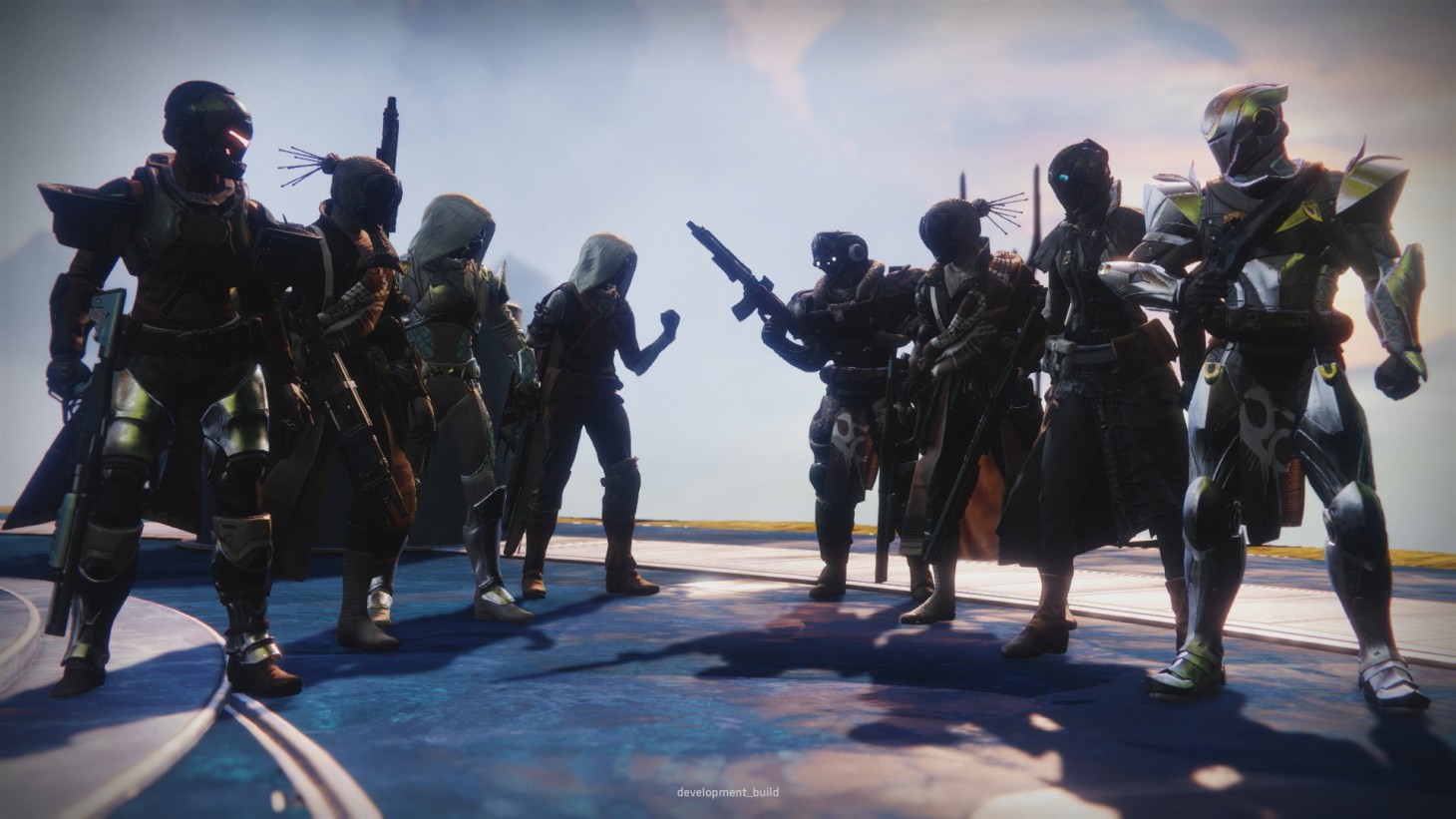 Although Destiny 2's new competitive multiplayer mode, Breakthrough, won't ship with the Forsaken expansion on September 4, we were able to get some hands-on time with it during our recent trip to Bungie's headquarters. We were only able to play a handful of rounds, but we were able to get the jist of what the mode has to offer, and how it could change up the way Guardians think about team strategy.

As with other modes in the competitive playlist, Breakthrough is less about running around and hoping you win simply by scoring more kills or capturing zones, and more about working together with a team to accomplish an objective. In this case, it's not about wiping out the enemy team; instead, it's about capturing one or two points.

Teams start off evenly matched. There are two teams fighting for one capture point, located in the center of map. The map we played, Peak, featured a series of enclosed circular rooms with few entry points, making it difficult to siege any one of them without a coordinated assault (or a charged super). There are a few areas to explore outside of these rooms, but unless you're tracking someone down or looking to flank an approach on the center room, you should be focused on these circular rooms.

We've captured footage of an entire match below.

Please note that this is a development build, and as such the UI and textures are still unfinished.

That might sound a little unfair to the team that just captured a point, but consider that the defending team is at a disadvantage when holding off their opponents. They're spawning closer to the point, but in the matches we played, the defending team had a debuff that extended their respawn timers, forcing them to strategize more carefully. [This article previously stated the debuff slowed characters' movement. This was incorrect.] This means the defending team has outplay the attacking team, which is their "punishment" for losing the initial point. However, the mode is not finalized, so it could still be subject to balance and structural changes.

Competitive as a playlist is tense and a fun way for players to test their mettle against other like-minded teams, but it lacks a bit of variety when it comes to objectives. Breakthrough should inject with a some new life, as players sacrifice themselves to save a point instead of playing defensively to stave off defeat.

For more on Destiny 2: Forsaken, such as a look at how mods and milestones are changing, and a tour of a new Gambit map, make sure to click on the banner below, and check back throughout the week for more coverage.