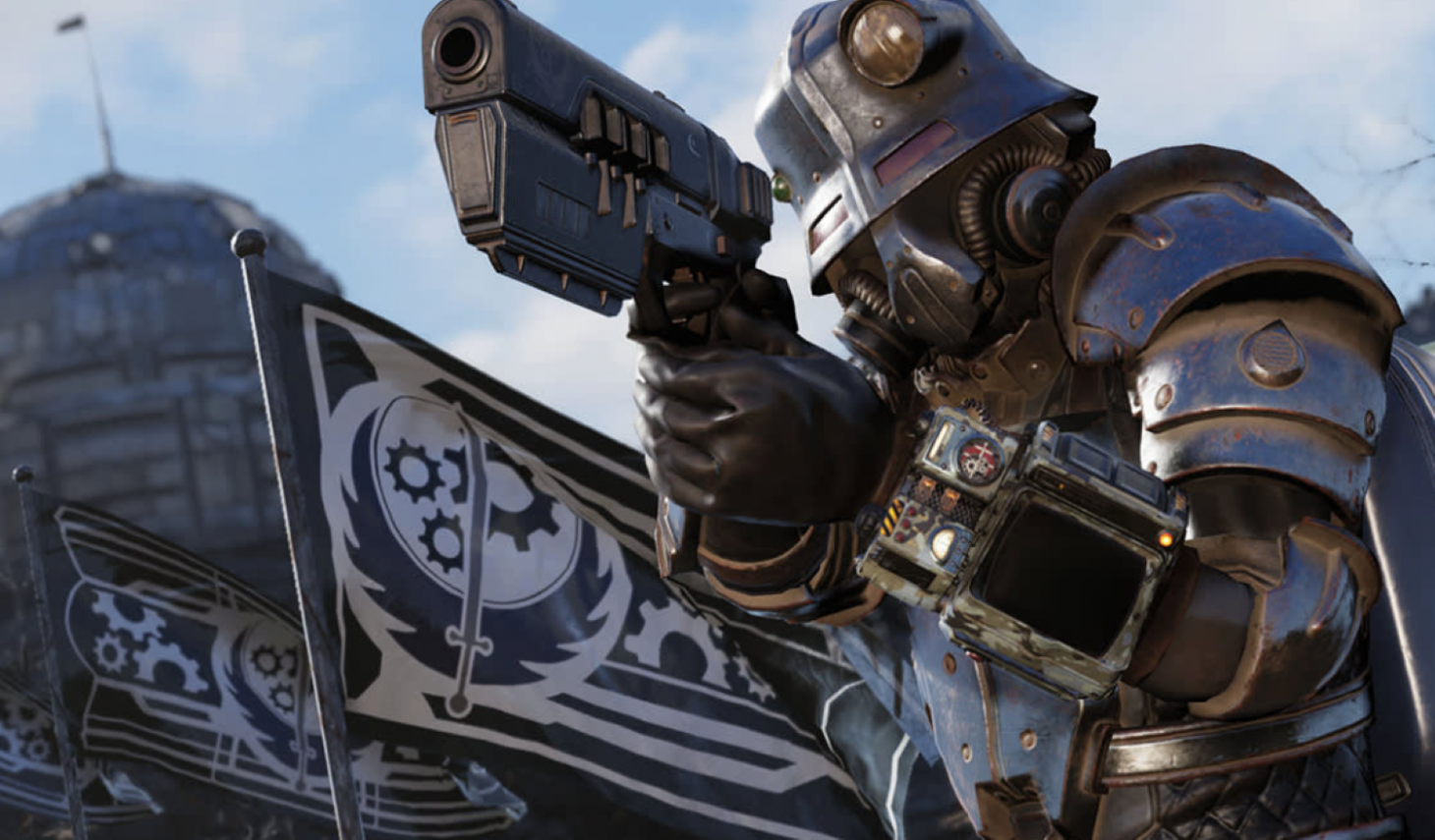 Fallout 76: Brotherhood Of Steel's Fate Is In Your Hands With Steel Reign

While we can't (Paladin) Danse if we want to because we left that friend behind, we can at least enjoy the fact that the Brotherhood of Steel has made the world of Fallout 76 much more interesting and it looks like that story is heading towards an epic conclusion. Bethesda shared an extensive new look at Steel Reign, which allows players to decide the fate of the Brotherhood, during the Xbox E3 2021 showcase and as far as narrative conclusions go, this looks pretty interesting.

Knight Shin and Paladin Rahmani have some issues to deal with, to put it lightly, and that's what we will see with the upcoming update called Steel Reign. Players can basically decide the fate of the Brotherhood with the upcoming questline while uncovering the mystery of where all of the Super Mutants have suddenly disappeared to.

As with any major update, Steel Reign will include new gear for players to earn, new locations for survivors to conquer, and new enemies to face. For those paying attention to the scoreboard for season 5, there will be even more loot drops there, as well.

Previously in the Steel Dawn questline, the Appalachian Brotherhood proved victorious in the battle at Fort Atlas, but was left battered and bruised. Players must travel to brand-new locations, unlocking new items as they bring peace back to Appalachia and navigate the growing schism between Paladin Rahmani and Knight Shin, deciding the fate of the Brotherhood itself.

Fallout 76 had it rough at launch, but like Rare with Sea of Thieves and Hello Games with No Man's Sky, Bethesda was able to turn it around. While it's not anything like what Fallout 5 would be, it does offer the single-player storyline that players were begging for at launch. I played at launch, got a little bored because it wasn't solo-friendly, but dipping my toes back in over a year later, I was pleasantly surprised by all of the changes that went into it. With the inclusion of the Brotherhood, a faction I have a very love/hate relationship with, I'm very intrigued by what Steel Reign will have to offer. Even if we don't get Danse in his tighty whiteys again.

You can learn more about Steel Reign for Fallout 76 right here. To catch up on the rest of the Xbox E3 2021 showcase, you can mosey on over to our dedicated E3 hub here to scope out our watch-alongs, news, and deep dives into all of the latest and greatest in gaming news.