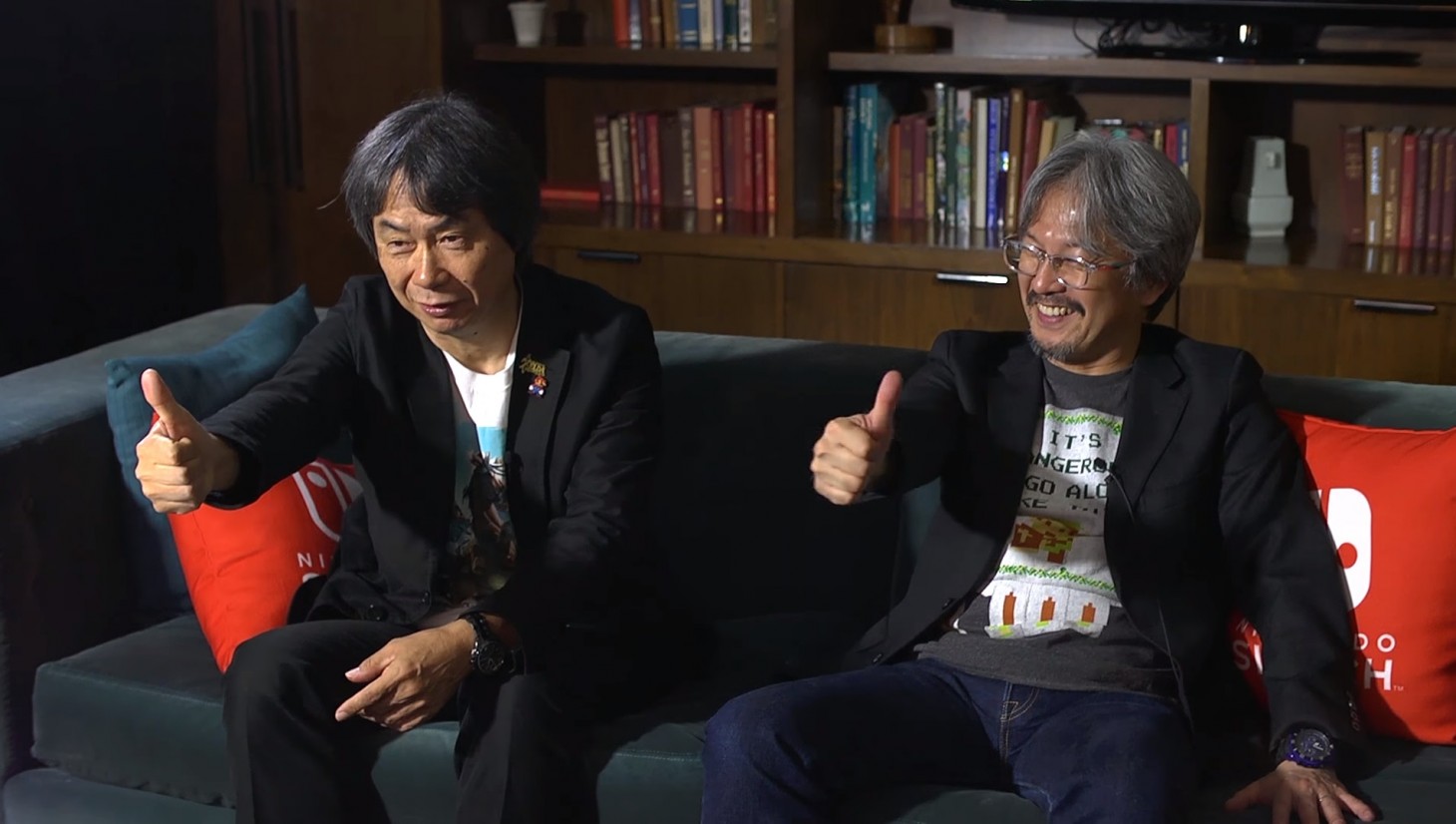 After All These Years, Eiji Aonuma Still Gets Excited At The Idea Of Collaborating With Shigeru Miyamoto

This past week at E3 2019, I caught up with Legend of Zelda series producer Eiji Aonuma to talk about the upcoming Link's Awakening remake, the newly announced Breath of the Wild sequel, and plenty of other topics.

During a small portion of the interview, I bring up how his career has progressed over the two decades he's been creating Zelda titles. According to Aonuma, the early days required him to roll up his sleeves and do much of the work himself. "One thing that definitely has changed is that in the beginning, I had to create a bunch of things on my own, but now I have a great team with great people with different skills to help me create things together," he says.

This is evident when looking at Aonuma's credits throughout the Zelda franchise. He began his run with the series by serving as director on Ocarina of Time, Majora's Mask, Wind Waker, and Twilight Princess, before transitioning to producer and supervisor roles. Aonuma also used to serve as a dungeon designer, but with Breath of the Wild, that task fell to another member of the team.

Aonuma now has the capability to delegate to other members of his team, but when asked about his collaboration with other Nintendo producers like Shigeru Miyamoto or Takashi Tezuka, Aonuma fixates on the notion of collaborating with Miyamoto. "It's very interesting that you bring up Mr. Miyamoto," he says with a chuckle. "I've never thought of it as collaborating with him! Now that you've phrased it that way, I think, 'Oh, working with Mr. Miyamoto is a collaboration.' That's kind of exciting!"

For more from my discussion with Aonuma, you can learn how the dungeon creation mechanics work in Link's Awakening. You can also see everything we learned about the Breath of the Wild sequel, or learn about Aonuma's philosophy on remaking and remastering Zelda games. To see Aonuma collaborate with Miyamoto in a rapid-fire questions video, head here.