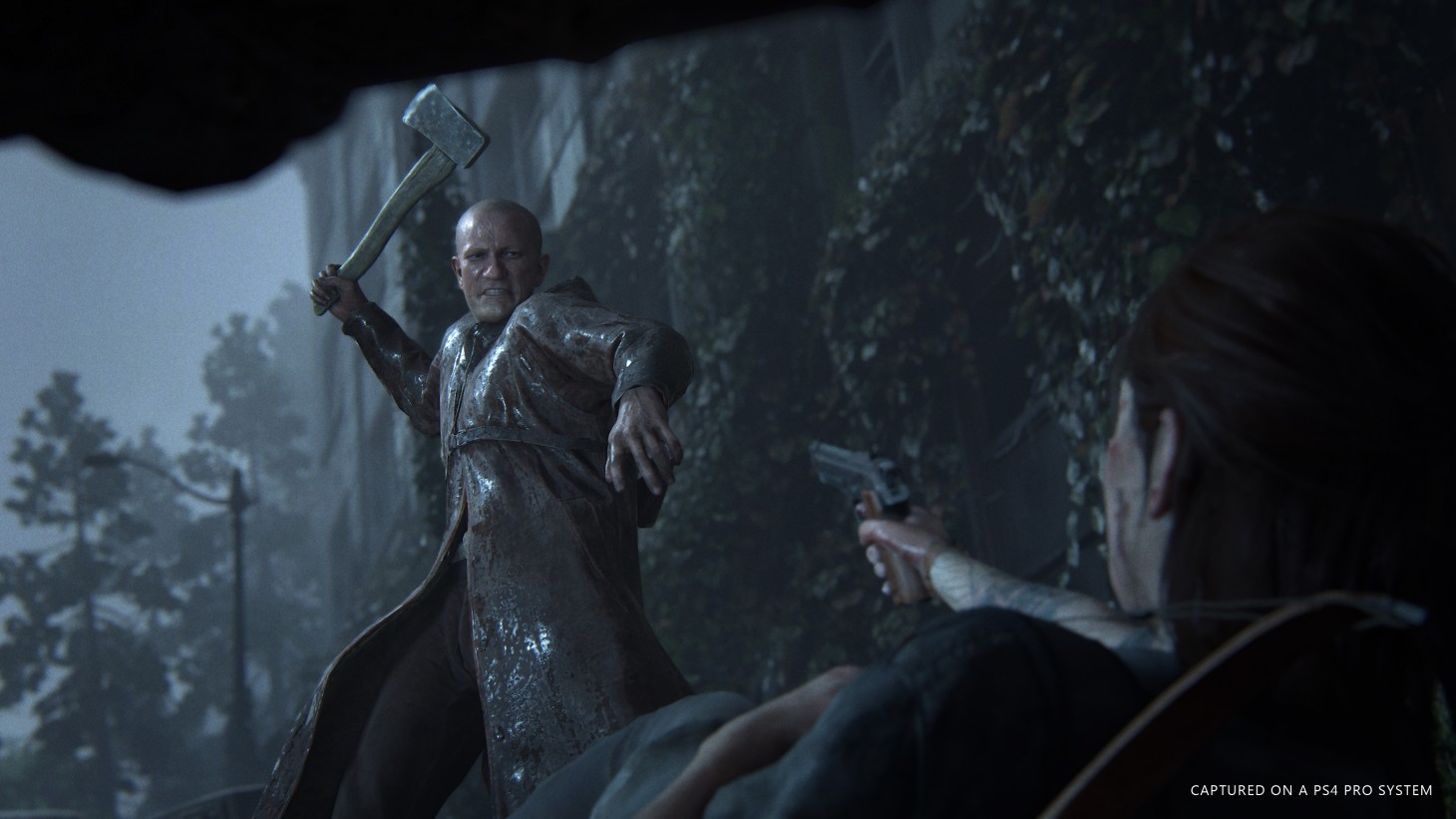 How Naughty Dog Is Enhancing The Sequel's Combat

The Last of Us: Part II opened Sony’s press conference with a bang. Not only did we meet a new character named Dina who’s obviously important in Ellie’s life, but we also saw a slice of the combat. As with any follow-up title, the next game always looks to improve on its predecessor, and true to Naughty Dog, it’s set on taking things to the next level. During E3 2018, I got the opportunity to sit with co-directors Kurt Margenau and Anthony Newman to discuss how combat has evolved and what we can expect from it the highly anticipated sequel.

According to Newman, when the Naughty Dog team sat down to think about the game, it explored what worked well and what would be appropriate for this game and expand on what was done previously. “The Last of Us has always been about the natural world and reclaiming society and civilization, so a natural evolution of Last of Us 1 was to increase the vegetation in the world,” he explained. “That obviously plays into the stealth game that’s super important, so that pushed us to create this analog stealth system where based on your stance, whether you’re crouched, standing, or prone in the thickness of the vegetation you’re in, enemies have an easier or harder time seeing you. There’s this sliding scale of how susceptible you are. It’s more appropriate to the tension of the world of The Last of Us.” That means gone are the isolated patches, and instead, the environments offer lush, full forests that provide plenty of opportunities for Ellie to strategize.

Melee Has Been Revamped

In the demo, we saw Ellie dodging left and right as enemies attacked her. Naughty Dog added a dedicated dodge button this time around. “This allows us to do a lot more with melee,” Margenau said. “You can fight multiple enemies at once and [there are] all these cool contextual moves she does like planting off the surface and attacking with various finishers. We also have all the melee weapons, like she’s able to take a hammer off someone and use that.”

“That’s actually a new detail; if you don’t have a melee weapon beyond your switchblade and you’re finishing off someone who does have one, you can smoothly transition and grab that weapon from them,” Newman added.

Historically, melee has been animation-based, but more collision-based elements are being added to it. For instance, if a brute keeps swinging his hammer, he can hit stuff in the environment if he misses the player. “It’s kind of a small detail but it makes the system much more connected to the environment,” Newman explained. This has also enhanced the returning melee weapons, such as the machete and switchblade. Newman spoke to the movesets being more nuanced and complex than they were in the first game.

In the trailer, we saw Ellie face off against bow-and-arrow enemies. At one point, she gets an arrow stuck in her. This was not scripted for the demo; it’s something else you must consider as you battle menacing foes. When an arrow pierces you, it stays in you until you find a safe place to remove it. “While it’s in you, you don’t have access to listen mode and your aim is all out of whack,” Margenau said. “It’s the first status effect that we’ve introduced in the game,” Newman added.

Margenau confirmed there will be new craftable ammo for the bow and arrow, such as the explosive arrow we saw in the demo. “When we think about crafting such a core part of that experience in the Last of Us is the choice you make and what you give up when you craft it,” Margenau said. The team is always looking for what makes the experience unique as opposed to giving you a laundry list of items you can craft. It’s important there’s always something at stake. “It is a delicate balance of what options you give the player and what we showed is just a slice of what we’re planning,” Margenau teased.

A Different Fighter With More Enemies To Master

This entry is upping the ante with the weapons enemies use against you, such as bow-and-arrow users alongside different classes of the infected. Margenau spoke to one big adversary, who has a heavy melee attack and can throw Ellie through things and over things. He’s certainly no pushover; he can also block and parry your attacks. This doesn’t mean Ellie is defenseless against him, though. “This is obviously a harsh world and anybody who is going to survive in this world must become a very competent fighter,” Newman said. “Ellie has had five years to pick up some new tricks along the way.”

However, the team also had to think of how she would be a different fighter than Joel and what would make sense for her character. “She’s not as big or as bulky as Joel,” Newman explained. “She’s not going to be able to just overpower enemies with her raw strength.”

To compensate for this difference and to keep combat interesting, Naughty Dog added a dodge for the melee to increase complexity. A new addition is also a jump button to make environments more vertical. “This makes escaping more dynamic and frenetic,” Newman said about the addition. “Escaping is always an option,” Margenau added. “The squeezing through and hiding under things … you don’t always have to kill everyone.”

No Easy Way Out

While I discussed combat with Margenau and Newman one thing that kept coming up was the importance of tension, which they aren’t letting simmer in the slightest. “We’re trying to provide a lot more options for the player,” Newman said. “Overall, the level of threat that you’ll be facing means that you’re not going to be able to take things head on. Whether you want to do stealth or go loud with your combat, you’re never going to be able to do it without putting a lot of careful thought into what you’re doing.” The co-directors assured us they’ve expanded both the stealth and action playstyles. Naughty Dog wants players to have options and different ways to tackle every situation. “We’re not trying to make it more of an action game than The Last of Us,” Margenau assured. “It’s still a survival action game.”

To learn more about The Last of Us: Part II, check out our recent preview that delves deeper into the narrative.