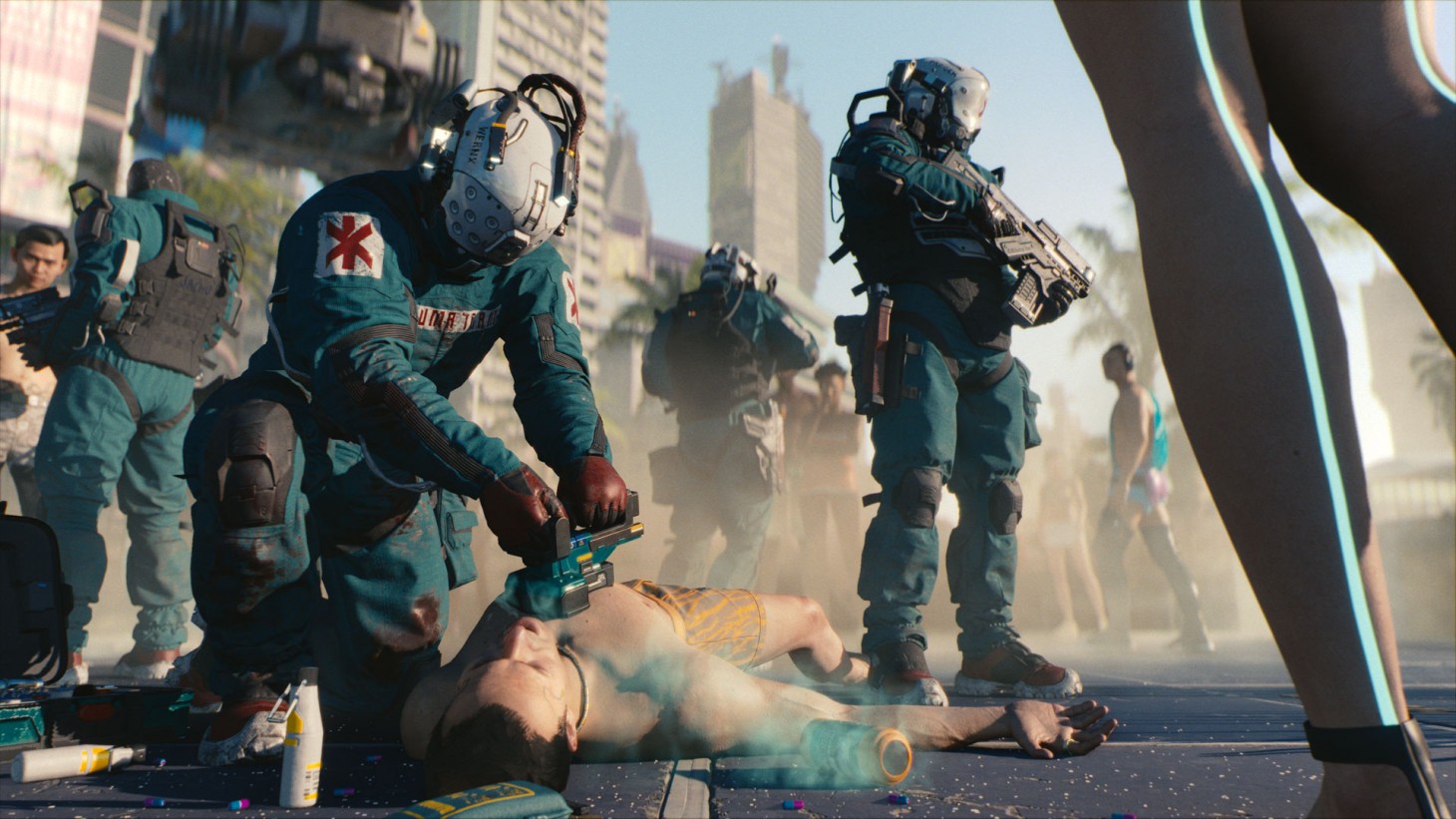 Although the behind-closed-doors demo of Cyberpunk 2077 is the talk of the show at this year's E3, it did raise at least on concern: Will the game's use of drugs as a powerup lead to it being refused classification in Australia, effectively preventing the game from being sold?

Australian fans and journalists alike have raised the question throughout the week. You can listen to Game Informer Australia's own David Milner talk about the issue on a recent episode of the Game Informer Show.

We raised the question to CD Projekt Red quest designer Patrick Mills during an interview earlier this week. "We're aware of [the issue], and we want to ship to as many people as we can," he said.

"We've got a really great localization department, we've previously shipped Witcher 3 to markets that a lot of people told us we weren't going to be able to ship in," Mills told us. "So I'm confident we'll be able to handle it."

Although Australian received a new rating, R18+ to help more games be released in the country back in 2011, drug use as a powerup is still a hot-button issue for the country. Games like The Bug Butcher, Paranautical Activity, and We Happy Few were banned because of the way drugs helped players, while Saints Row IV and State of Decay had to be edited to remove their respective references to drugs as powerups to make it into the country. Hopefully, CD Projekt Red's localization department can avoid having to edit the game too much to gain classification.

For more on Cyberpunk 2077, check out what Mills has said on the game's expanded romance options and why you won't be able to be a total pacifist.