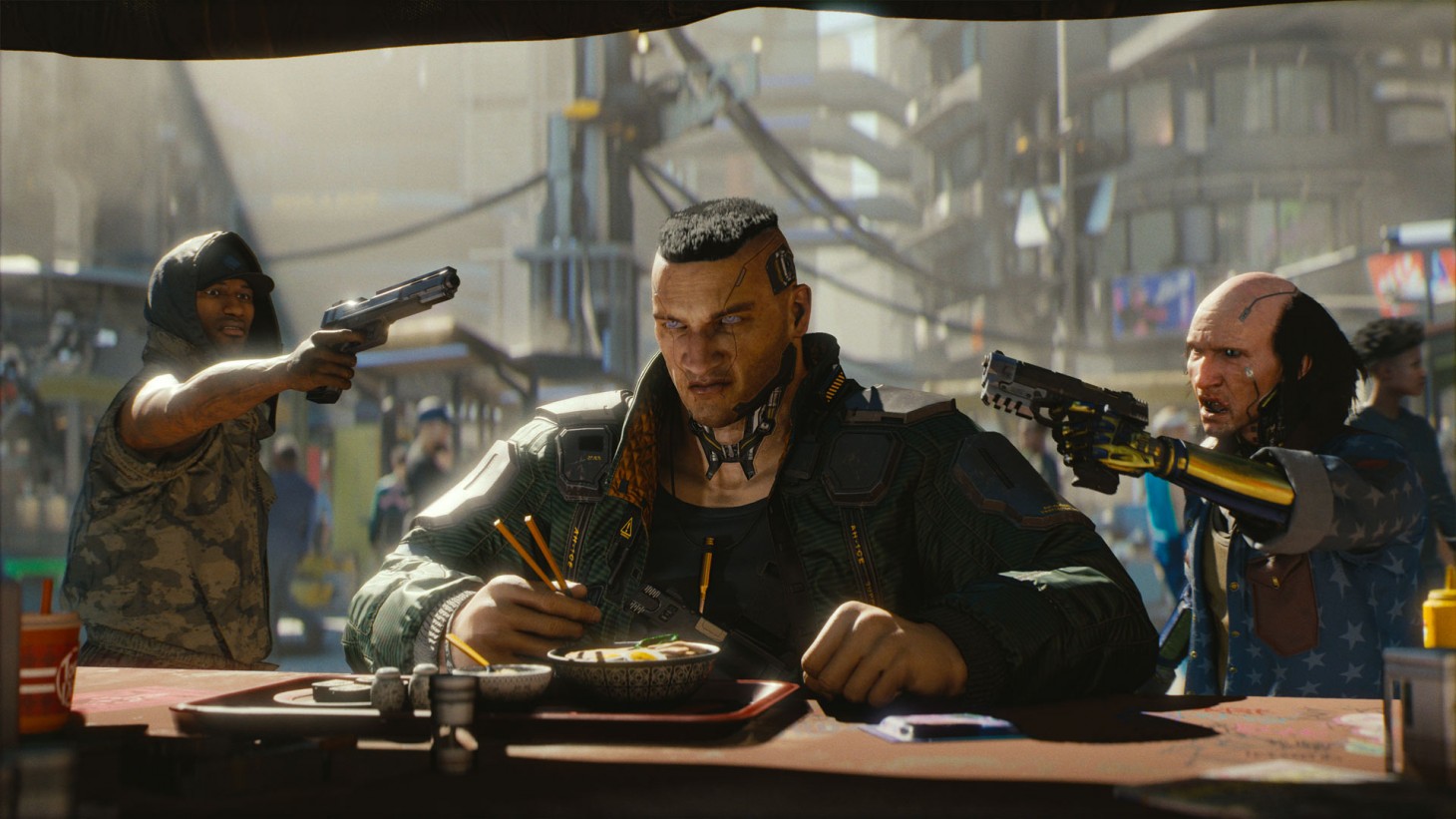 You Won't Be Able To Finish Cyberpunk 2077 Without Killing Anyone

Cyberpunk 2077's E3 demo has us incredibly impressed on several fronts. If what we saw is indicative of the final product, it will give players an unprecedented degree of choice. One option players won't always have, however, is non-violence.

In an interview, CD Projekt Red quest designer Patrick Mills confirmed to Game Informer that, while you'll have a lot variety in your choices throughout Cyberpunk, your role within its world will make it impossible to always take a non-lethal approach. "You do play as a mercenary, so there are not non-violent solutions to all problems," he said. "It's not possible go through the game non-violently. You're a mercenary. Your job is violence."

That doesn't mean every quest has to end in a shootout, however. "What we do want do want to do is provide room for subtlety and less aggressive options for sure," Mills said. "Obviously that deal in the demo goes bad, but without spoiling anything, it may be possible to get through that encounter without that deal going bad depending on how you handle it."

The huge number of choices in Cyberpunk may not include a pacifist approach, but will include a higher degree of sexual freedom than The Witcher 3.

Cyberpunk 2077 is headed to PlayStation 4, Xbox One, and PC. No release date has been announced.