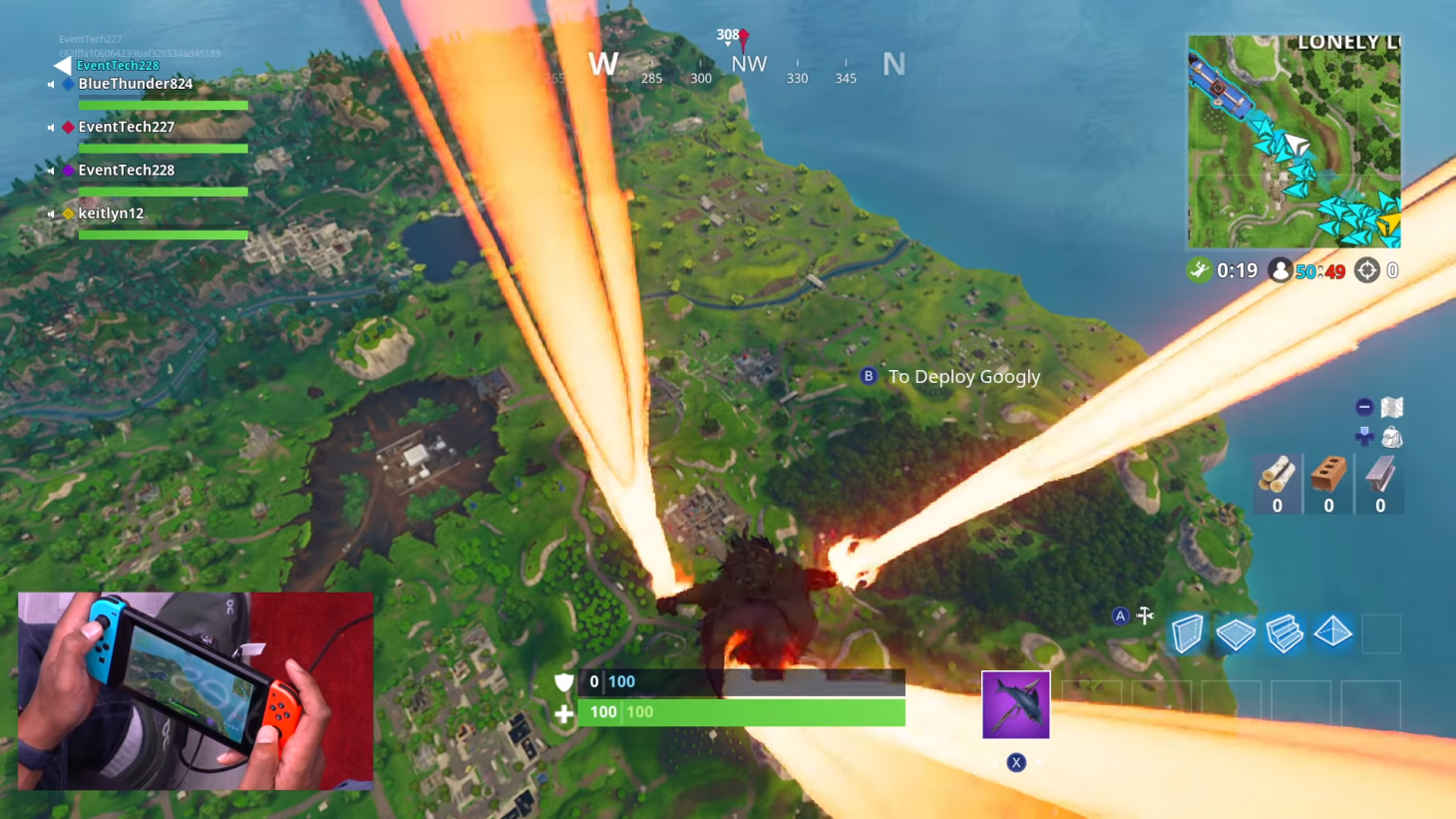 Fortnite On Switch To Support Headsets Natively, No Need For Phone App

Epic announced and released Fortnite on the Switch today during Nintendo's E3 Direct. The game can team players up to take on other groups and thus generally requires voice chat, which is a feature in every other version of the game, even the mobile one.

The Switch and voice chat have a complicated relationship. Nintendo seemingly begrudgingly allows it in Splatoon 2 through a Frankenstenian mess of adapters and cords connecting your Switch and your cellphone in an unholy union. With Fortnite, however, it seems Epic is circumventing the headache and just allowing you to plug a headset directly into the Switch's headphone port and voice chat away.

The news comes from today's Treehouse Live, where Epic Games' Arjan Brussee mentions the ease of use for normal headsets and how it allows you to simply talk to people you're playing with. It is an extremely novel idea, for sure, and also proves that the Switch as a unit is capable of accepting microphone input after some confusion of it being enabled with Splatoon 2's local play.