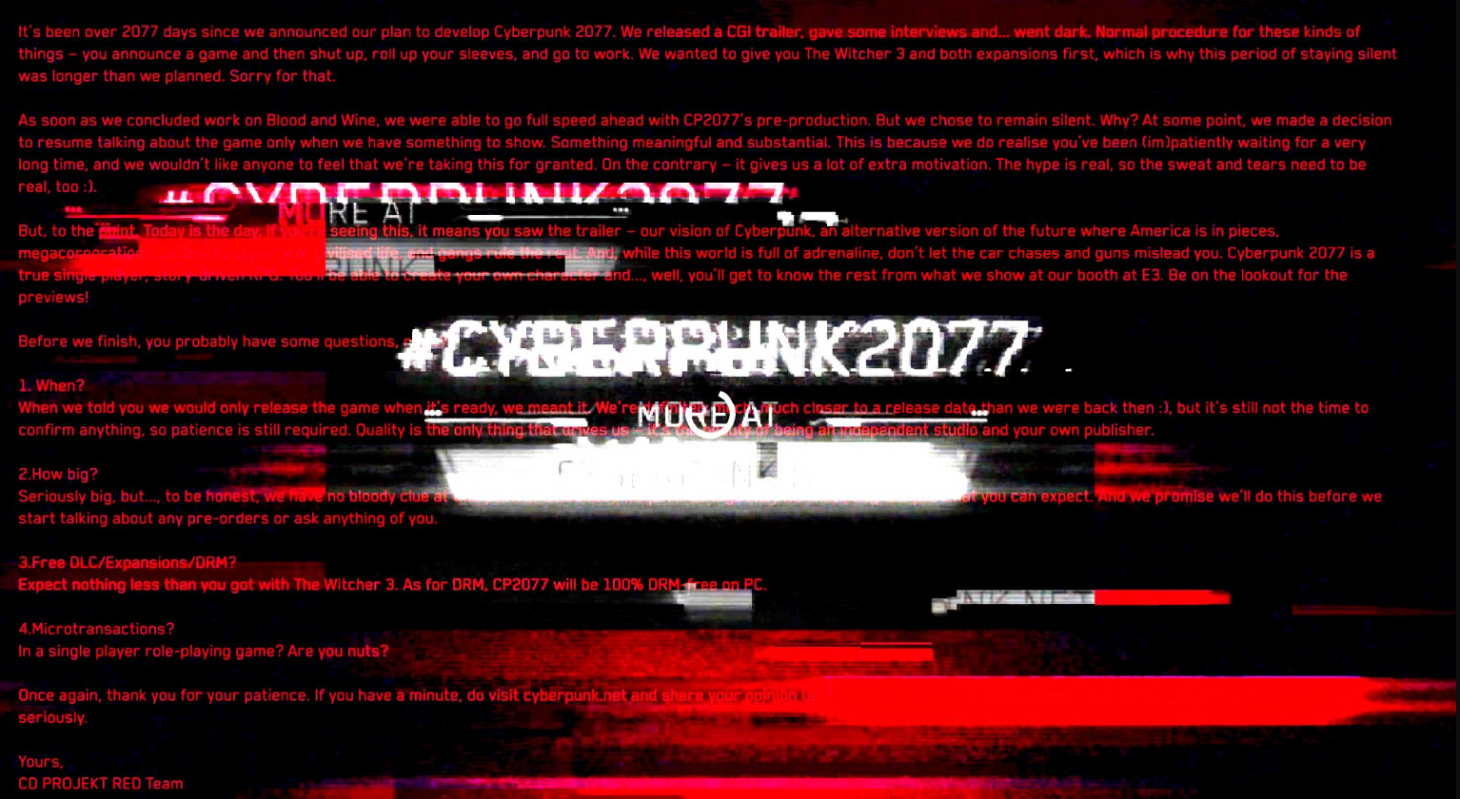 With the help of some crowd-sourced detective work, the folks at Eurogamer revealed a whole letter from CD Projekt Red hidden within their new Cyberpunk 2077 trailer.

"It's been over 2077 days since we announced our plans to develop Cyberpunk 2077," the letter starts. Mostly a statement of intent to players, CD Projekt Red writes that it only wanted to talk "when we have something to show."

Within its thanks and explanations to fans, CD Projekt Red does reveal several key aspects of the game. Most notably, they say that "you'll be able to create your own character," a departure from the Witcher's singular protagonist.

They also write that it's "seriously big," and that microtransactions in a single-player RPG would be "nuts."

Still no release date, but they promise more details on the show floor. For more speculation, check out our breakdown of the trailer (filmed before reading any of these secrets).

Combined, here's CDProjekt's super-secret dossier of information that they sneaked into the Cyberpunk 2077 trailer. pic.twitter.com/uAhJ4yUTGF