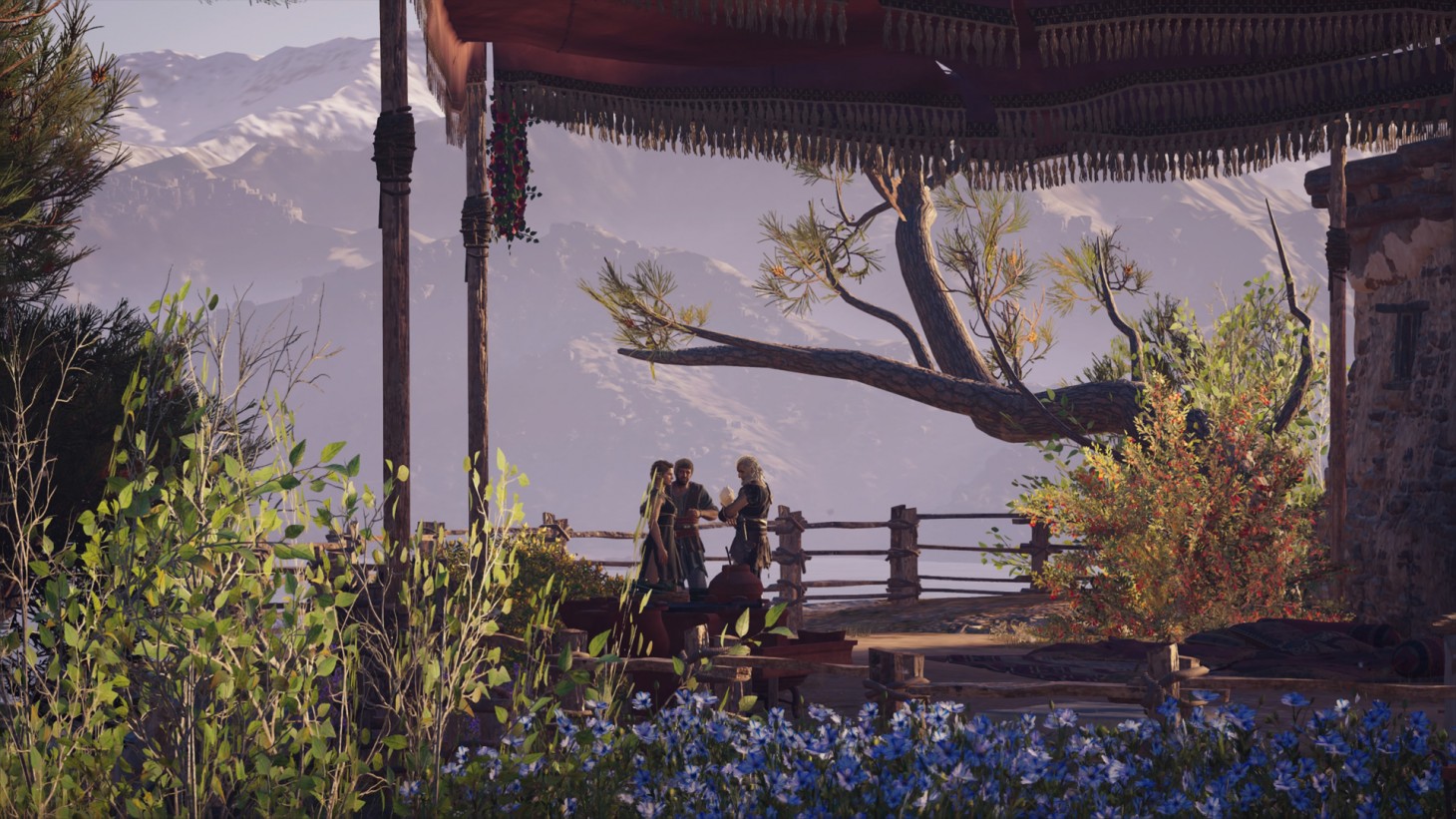 Update 2: LGBTQ advocacy group GLAAD released a blog post stating they worked with Ubisoft on the upcoming changes to Assassin's Creed Odyssey's Shadow Heritage DLC. After praising the main game's approach of allowing players to define their character's sexuality however they please, GLAAD criticized an unavoidable heterosexual relationship that occurs in the DLC story, saying, "At worst, this sends the harmful message that sexual orientation can be changed at will and that LGBTQ people can choose to conform to heteronormative expectations in spite of their identities."

In response to the news, GLAAD said the following:

Ubisoft has publicly apologized for the acknowledged mistake, and since last week, GLAAD has been in direct contact with Ubisoft in an effort to work together to improve aspects of this DLC and future content releases. The forthcoming updates to Shadow Heritage announced by Ubisoft just yesterday are a positive step, and we applaud them for working to mitigate the damage.

A Ubisoft representative confirmed that the developer has spoken with GLAAD on the topic of the DLC and its changes.

Update 1: We spoke briefly with a Ubisoft representative about the tweaks being made. The changes don't take place during the final story beat of the Shadow Heritage DLC, and as such, we have updated our headline to more accurately reflect the nature of this upcoming patch.

The original article is as follows:

Earlier this month, Assassin's Creed Odyssey's second premium DLC release, Shadow Heritage, prompted Game Informer senior reviews editor Joe Juba to recommend players steer clear from the entire arc. While one of the points is that it doesn't add cool or meaningful content, another major reason is an odd turn the story takes. This sentiment was shared by enough in the community to prompt Ubisoft to apologize. Now, the developer has announced it's working on a revision to Shadow Heritage.

According to the post on the Ubisoft forums, the developers are making, "changes to a cutscene and some dialogue in Shadow Heritage to better reflect the nature of the relationship for players selecting a non-romantic storyline." The changes will also include altering the name of one trophy.

Ubisoft says the changes are being made now and will be implemented in a future patch. The team is also looking at how the choices made in Shadow Heritage can affect the next DLC release, Bloodline, to ensure narrative consistency.