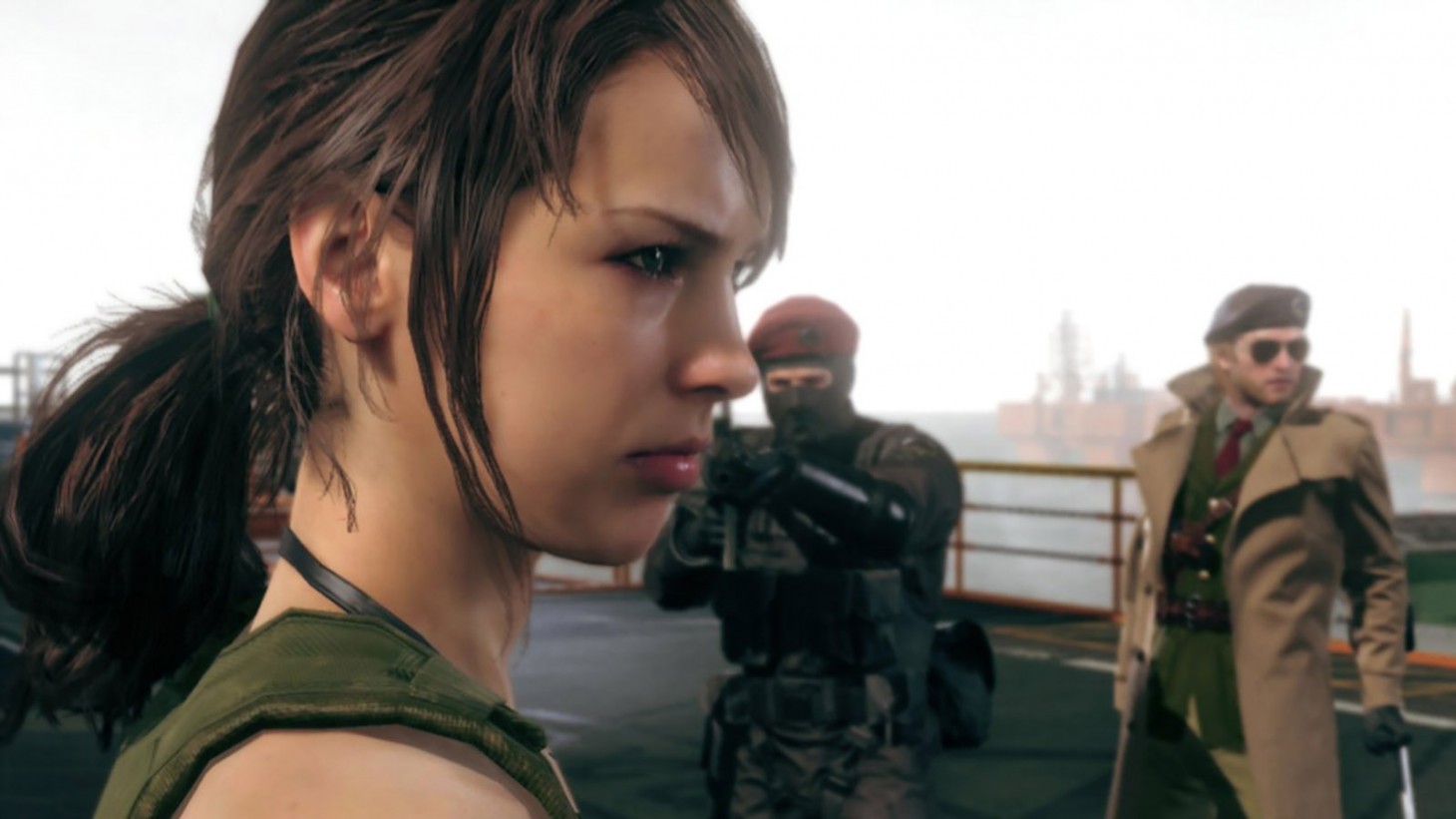 Ever since its release in late 2015, Konami has provided content updates for Metal Gear Solid V: The Phantom Pain, though there are often long periods between content drops. Today marks the first time in over a year that the game's received new content, but it's also a pretty big one too.

Players who are fond of dabbling in the multiplayer FOB missions will now find they have the option to play as the sniper Quiet. According to Konami, she has several abilities, though you can't change her outfit or headgear:

You can play as Quiet to infiltrate FOBs. You cannot change her uniform or head options. She is an expert with a sniper rifle, and her steady hands let her take her shots with minimal shaking. Quiet’s movement speed is extremely fast and allows for unique jumping abilities over high steps where a player would usually need a ladder. She can close in on enemies quickly with her special dash, while remaining still for a certain amount of time will make her stealthy.

If playing a Quiet isn't appealing to you, this new update also adds a couple of devices for you to tinker around with, including a dark matter generator that can take foes out, an energy shield, and lethal and non-lethal variation on a powerful sniper rifle.

You can get the full rundown on the goodies in this update by checking out the post here. For more on Metal Gear Solid V, be sure to check out our review of the release version of the game.