Ubisoft made big strides with the release of Ghost Recon Wildlands back in 2017, and the new Ghost Recon Breakpoint is hoping to continue that forward momentum, while simultaneously striking off into new territory. By embracing a fictional setting (a mysterious archipelago in the South Pacific), Breakpoint takes the Ghosts across a wide swath of fascinating destinations, from underground cave networks and lost ancient ruins to snowy regions and rainforests. Canny human enemies are only part of the fight, as Breakpoint also investigates the potential of confronting new varieties of high-tech drones, leading to some truly harried combats. In our October 2019 issue, we take a deep dive into Ubisoft's soon-to-release game to get the scoop on exploration, narrative, PvP, and more. 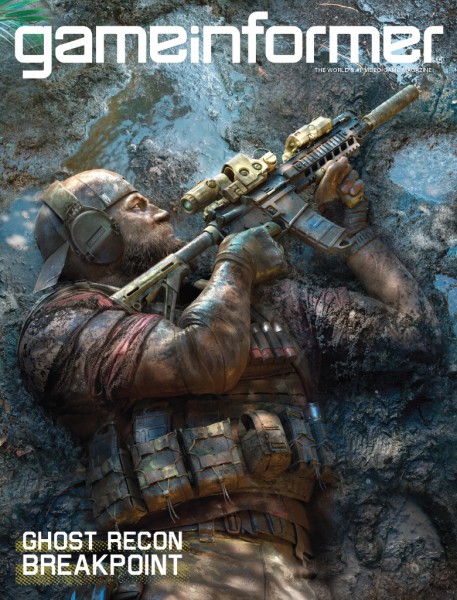 Plenty of other games and topics get time in the spotlight this month. Competitive players should check out our report from the annual Evo fighting-game tournament, and history aficionados can read our six-page feature about how Frank Cifaldi and his Video Game History Foundation are preserving industry information and artifacts. We also have previews for big upcoming titles like Death Stranding and Marvel's Avengers.