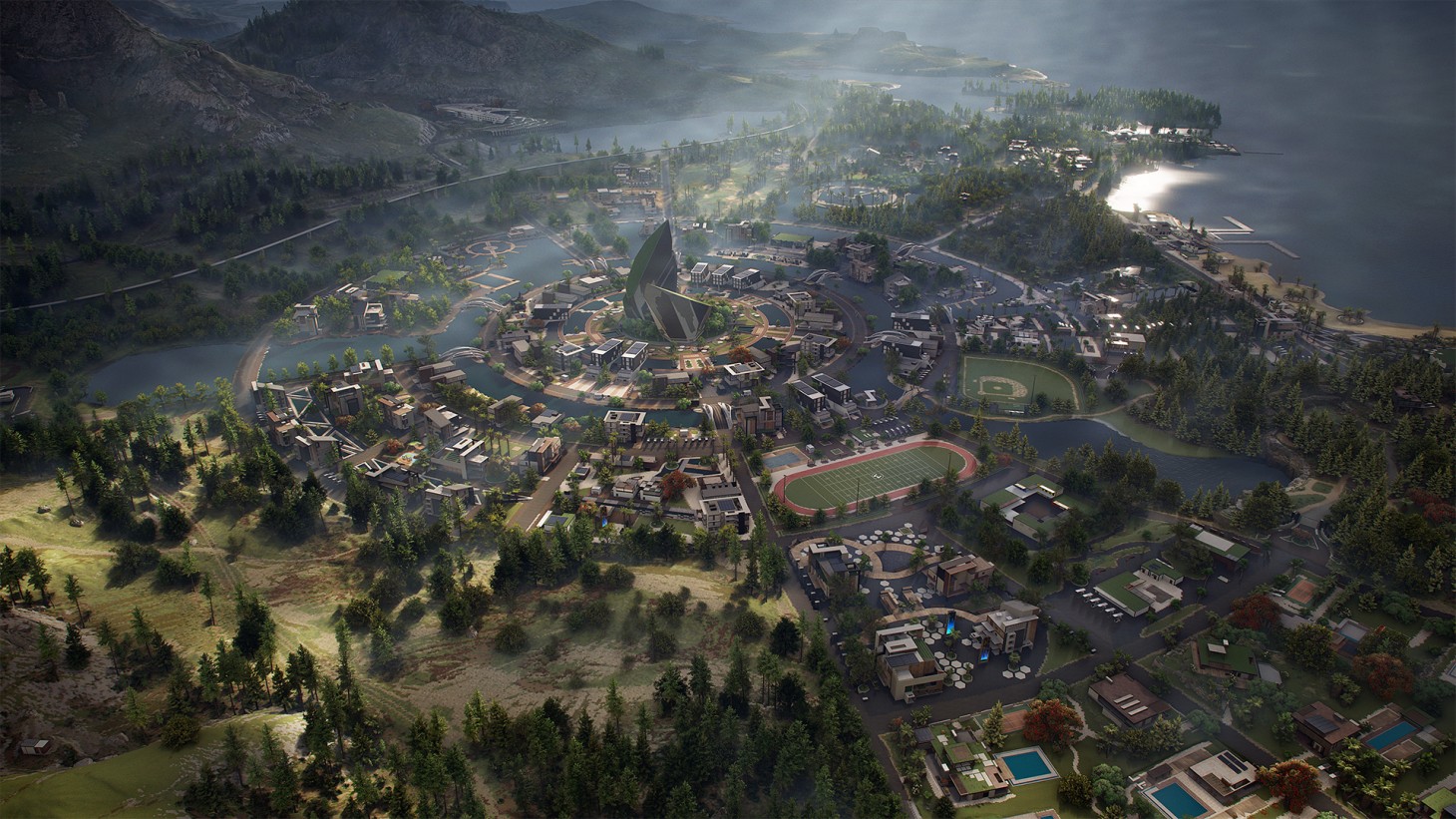 Ubisoft threw longtime Ghost Recon fans a major curveball when it announced the latest game in the series wouldn’t be set in a real country. Instead of heading to the latest region embroiled in a global showdown, Ghost Recon Breakpoint instead transports players to a fictitious archipelago known as Auroa. The decision wasn’t made lightly, but Ubisoft is confident that its new playground will feel just as alive and realistic as its predecessor.

Creating its own setting solved one of the major problems that developer Ubisoft Paris faced when transitioning from Wildlands to Breakpoint – finding another location on Earth with the sweeping vistas and diverse biomes that made Bolivia such a standout setting. “We were quite happy with this idea of completely controlling the design of the game, including the landscape, and not just sticking to reality and trying to recreate existing vistas,” says lead artist and technical art director Benoit Martinez.

Building Auroa from scratch allowed Martinez and his team to pick and choose the geographic elements of the archipelago, and the results are stunning. Players can expect to traverse snowy mountain tops, sweeping grasslands, gorgeous fiordland with waterfalls descending into the rivers, and salt marshes. Each biome has its own distinct flora and fauna, which can be harvested for crafting purposes. These regions come to life thanks to the improved technology developed by Ubisoft Paris, including a new lighting system, new weather mechanics, and denser vegetation.

The sweeping vistas may steal the show, but Ubisoft also put in work to make it feel like Auroa has been inhabited for years. Skell Technology may have taken over the island and littered it with state-of-the-art technology sites, but the island has a rich history that includes ruins from an ancient civilization called The Forgotten, dilapidated Cold War facilities used by the United States during the height of its tensions with the Soviet Union, and small villages inhabited by islanders who have called Auroa home for decades.

Touring the islands, you can tell Ubisoft did its homework to make this place feel real. The large, state-of-the-art research facilities may look like something out of a near-future sci-fi show, but everything that’s necessary to make Auroa a self-sustaining entity is visible as well. Drones harvest the farmlands, waste facilities clean up after the population, industrial sites harvest the necessary materials for the drone constructions, and Silicon Valley-style dwellings house the talented engineers and scientists who call this archipelago home.

Don’t expect to see those citizens cruising around the island, however. The island is on lockdown due to security threats, and the private military contractors providing overwatch don’t let the population roam free. They are essentially indentured servants by the time the Ghosts arrive, so any vehicles or humans you see in the wilderness are likely armed and dangerous. Security checkpoints and drone patrols ensure the Ghosts won’t be taking too many carefree joyrides through Auroa. Based on our early play sessions the seconds-to-conflict feels much tighter than Wildlands; threats are around every corner.

This concept art shows off some of the futuristic designs for the various Skell Technology facilities scattered around Auroa.

As a longtime fan, I was initially disappointed by Ghost Recon Breakpoint’s plan to abandon real-world settings. But after our fly-by, Auroa has me intrigued. I’m curious what secrets those archaeological sites and Cold War bunkers may hold, and eager to explore the rest of the gorgeous island as well. 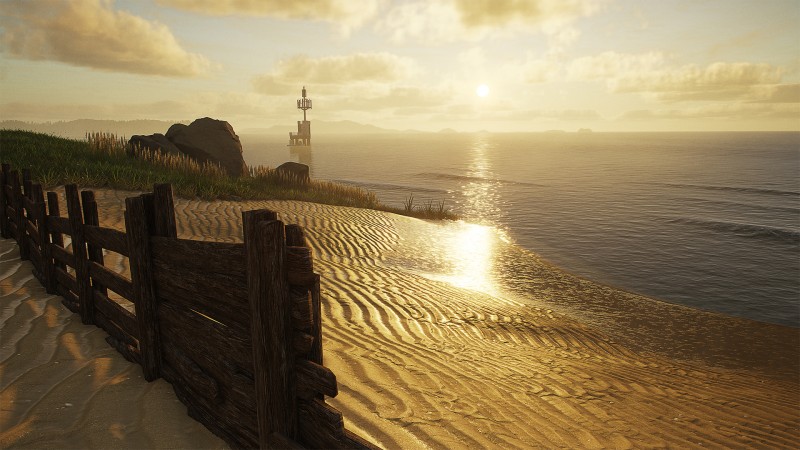 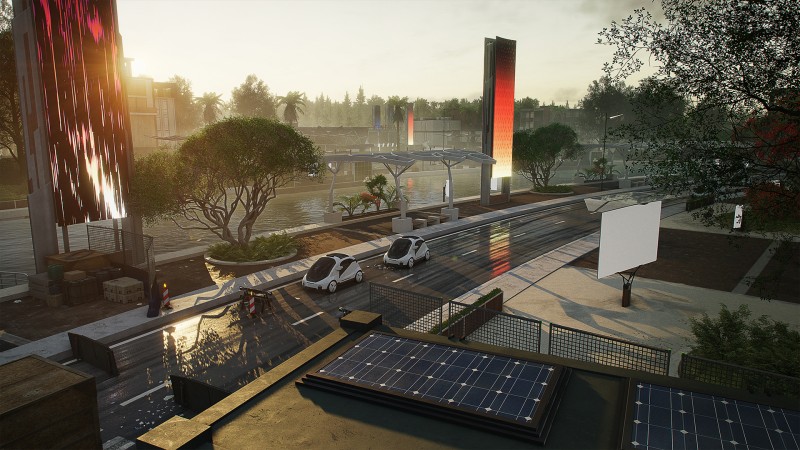 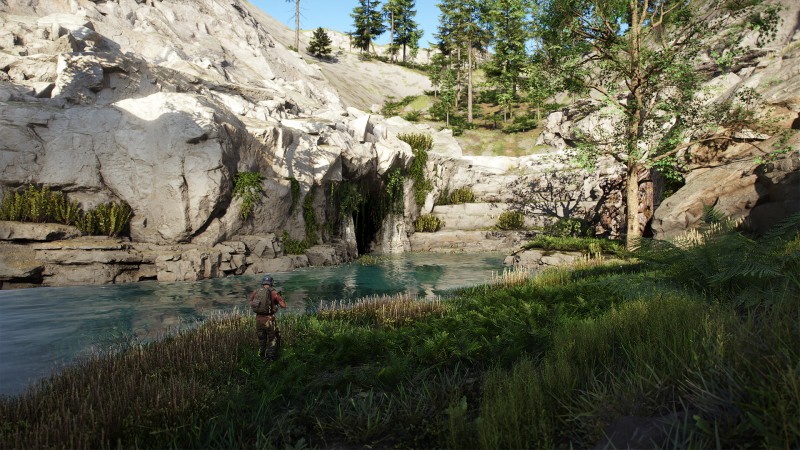 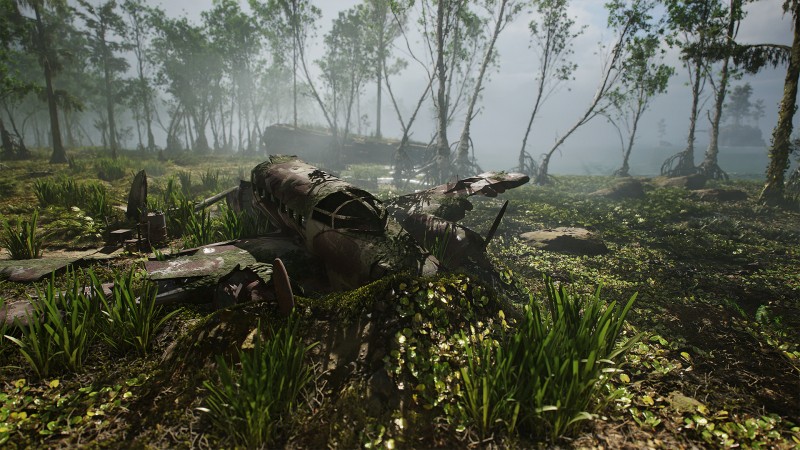 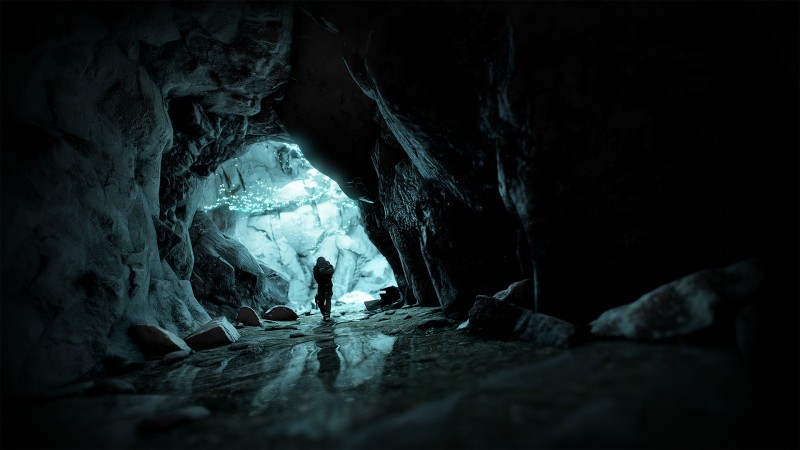 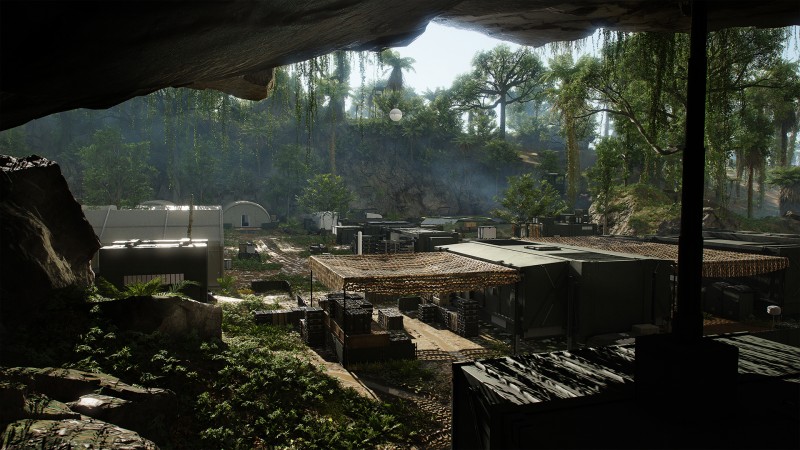 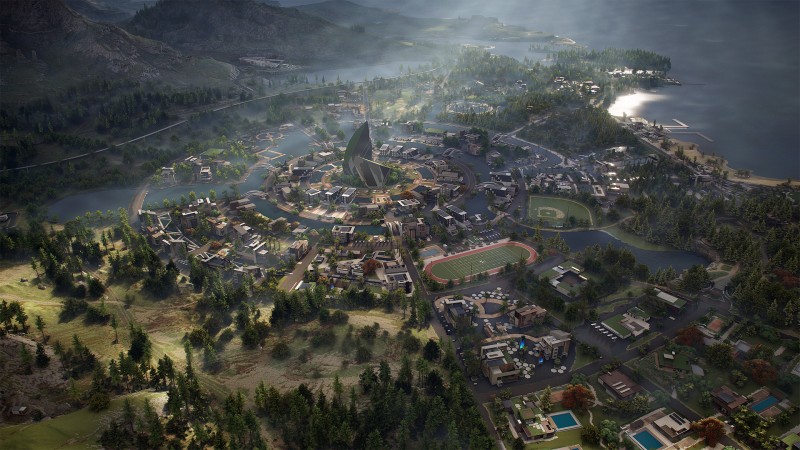 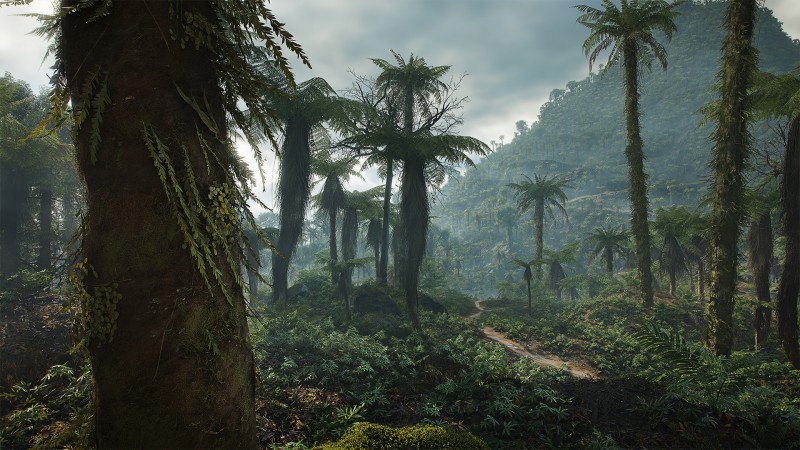 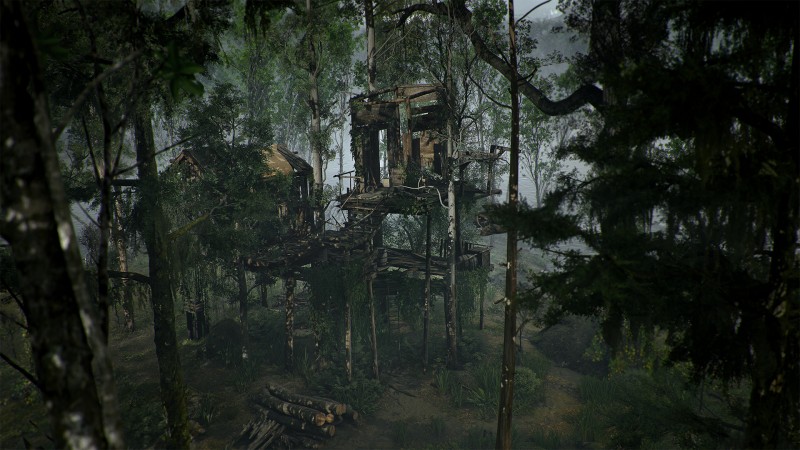 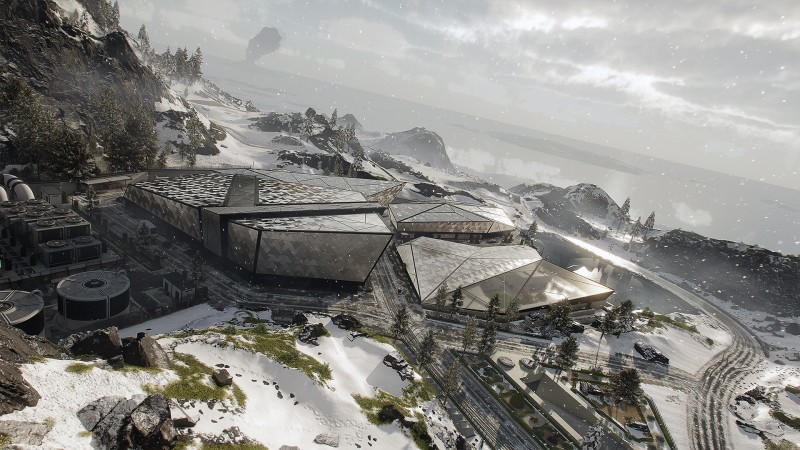 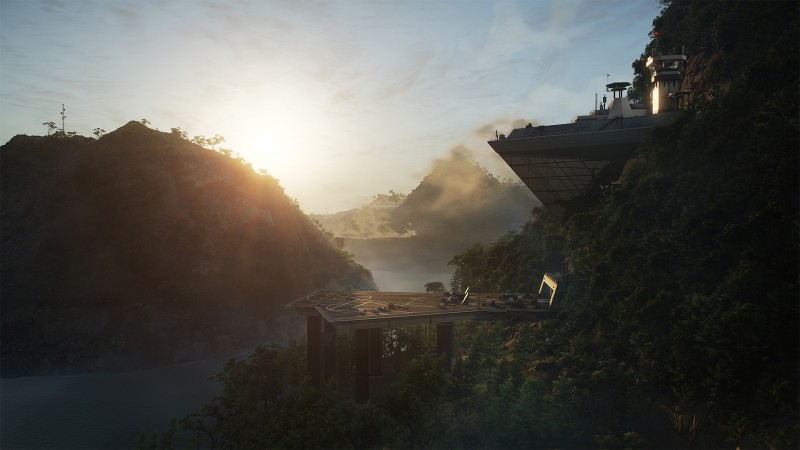 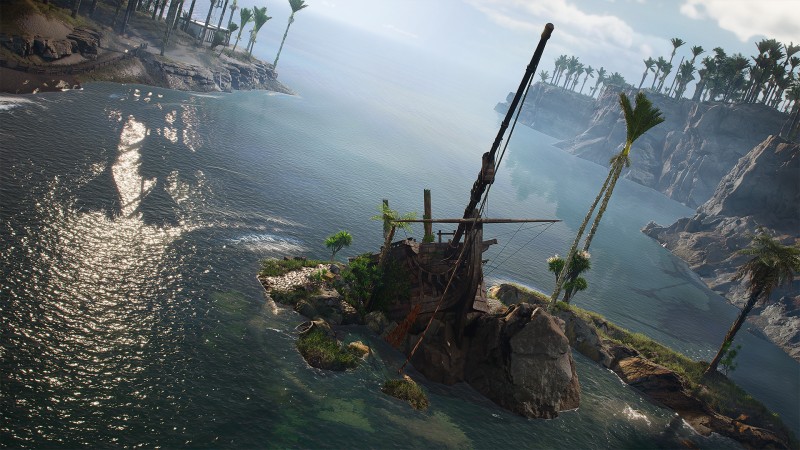 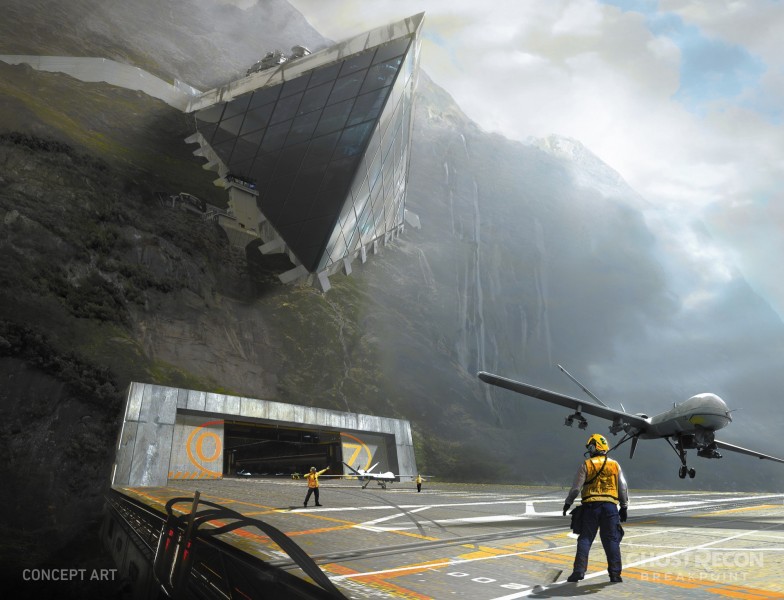 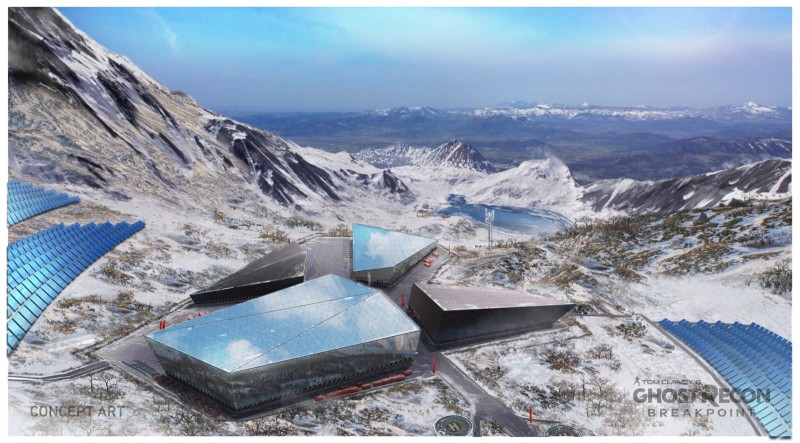 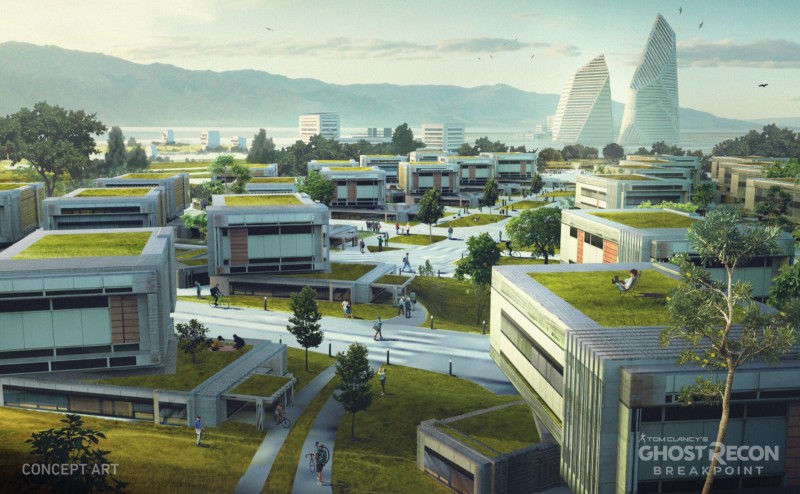 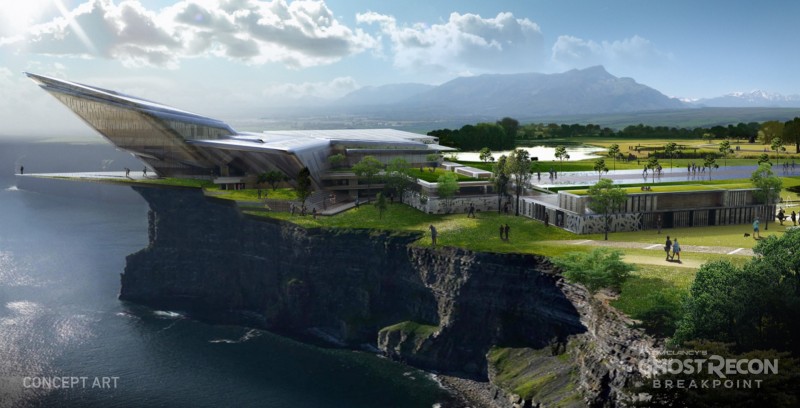