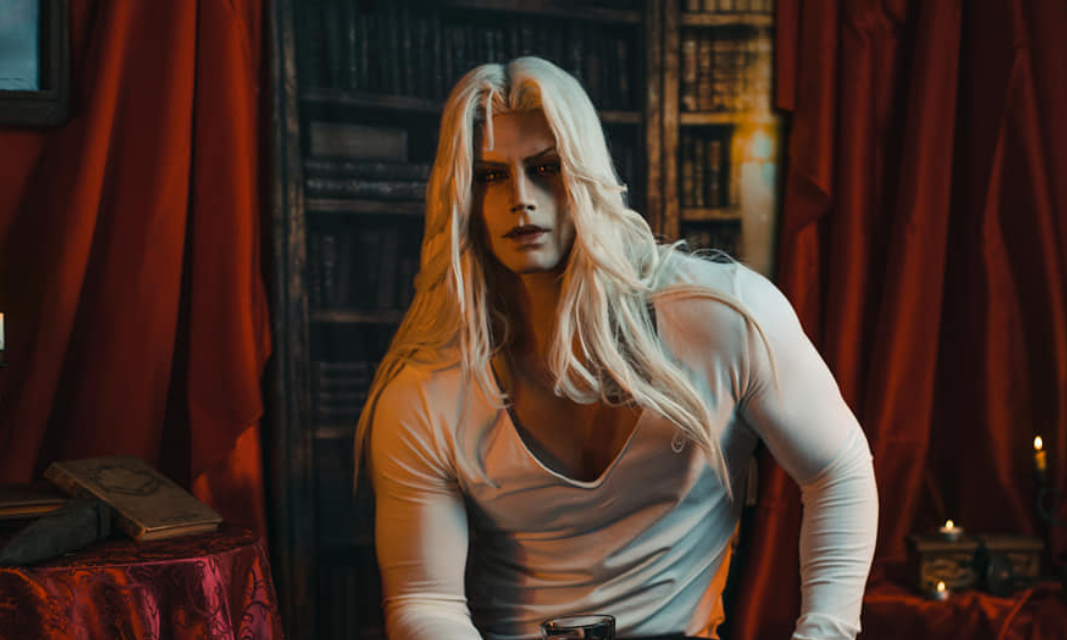 You know the Saturday Night Live skit where he says, "Well, mark me down as scared and ..."? For no reason at all, that is being brought up when looking at this Castlevania cosplayer bringing his Alucard to life. Through photo manipulation for the background, special effects makeup, and wig stylization, one particular cosplayer has done it again when bringing beloved characters into the real world.

The cosplayer in question goes by Taryn Cosplay, and he may look familiar to you already. We've covered his talent in the past, including his incredible take on Hades protagonist Zagreus, and now he's back with a brand new character appreciation cosplay.

Be sure to swipe to the right to see more photos:

Taryn uploaded several new images to his socials recently, showing off his take on Alucard from the popular Castlevania series. In his social posts, he notes that Symphony of the Night remains one of his all-time favorite games and that this cosplay is a tribute to his love for the character. From the wig to the Vampire Casual Chic™ outfit, it all pools together to make an incredible cosplay. Don't even get me started on the expertly applied special FX makeup and contact lenses, good God.

From The Witcher's Geralt to Johnny Silverhand from Cyberpunk 2077, there really is no game off-limits for Taryn and what he's willing to create. I've been following this cosplayer for years, and he's worked hard on his fitness and craft to take his adaptations to the next level, and it shows. Meanwhile, I'm still over here on the struggle bus trying to sew a single button on my jeans that keeps popping off...

What do you think about Taryn's Alucard cosplay from the Castlevania series? Sound off with your thoughts in the comment section below! You can also check out even more of his work right here.