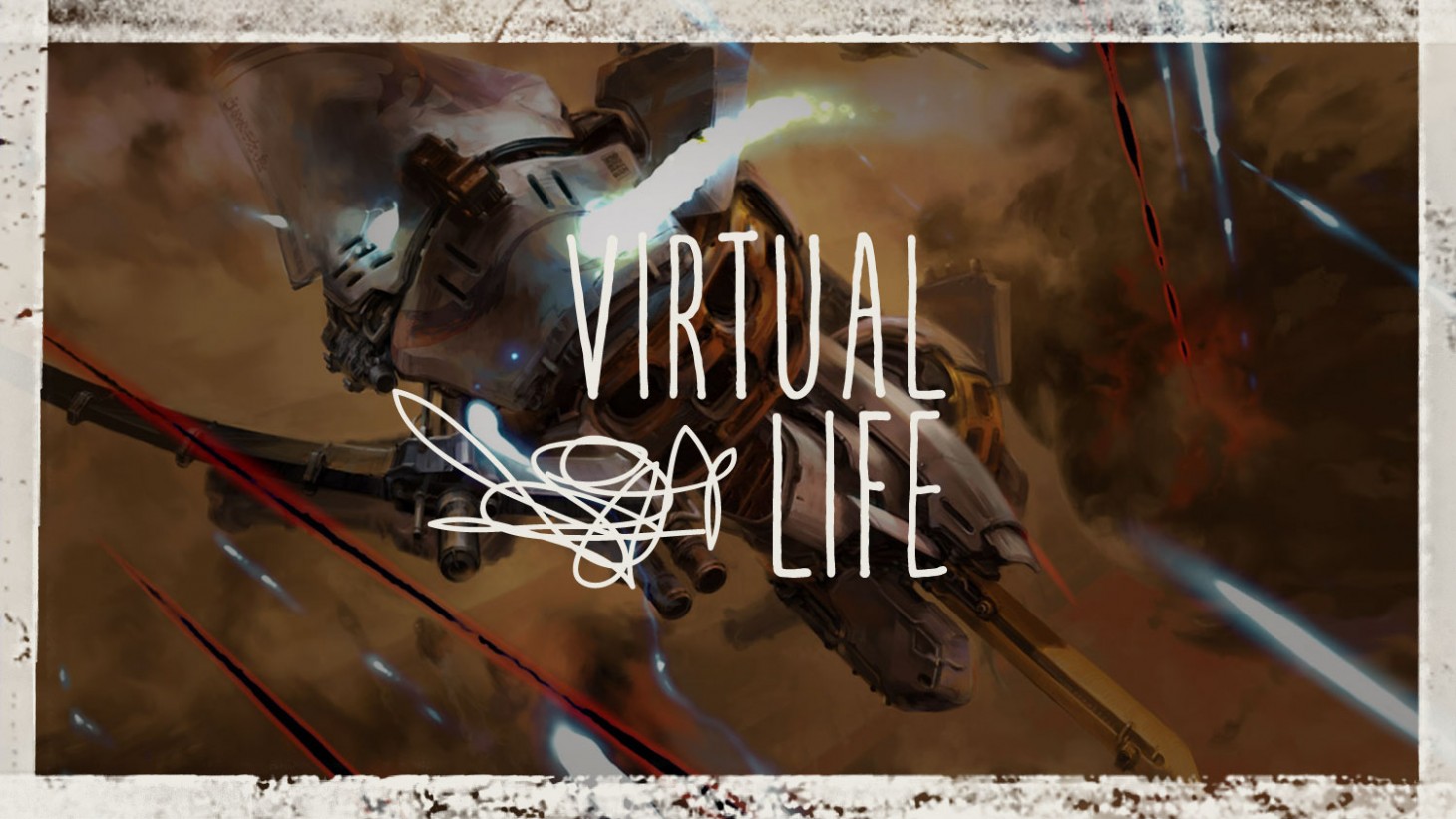 Poetry, and writing about poetry, has long enjoyed the sort of amorphous characterization that comes along with the territory. Ask a hundred poetry readers or poets what a poem is and you’ll get a sea's worth of different answers in return. Formalists and traditionalists will probably give you the dictionary definition of a poem as “a composition in verse” and preach about the importance of rhythm, cadence, and of the trials of creating a unique voice within very strict parameters. Other schools of thought tend to focus on the looseness of the medium, saying that is the prime vehicle of artistic expression, requiring no narrative thread or justification, and that poets should write whatever the hell they want however the hell they want with little regard for antiquated structure and woebegone elder notions of what makes poetry good.

As a reader, I tend to embrace the looser definitions of poetry: a poem is a thing that exists and expresses, as loosely or tightly the vision its creator asserts. It can be an ancient epic that retells the labors of mythology’s greatest figures and it can be about insects frozen solid in winter dirt. There is plenty of room for all sorts of poetry in the world. So the question when it comes to Treasure’s 2001 seminal shoot-em-up Ikaruga isn’t really “can a video game with spaceships and giant mechanized monsters be a poem?” Of course, it can. The more interesting and timely question is “can such a video game be a good poem?" Well, yes.

So What makes Ikargua more of a poem than other games? 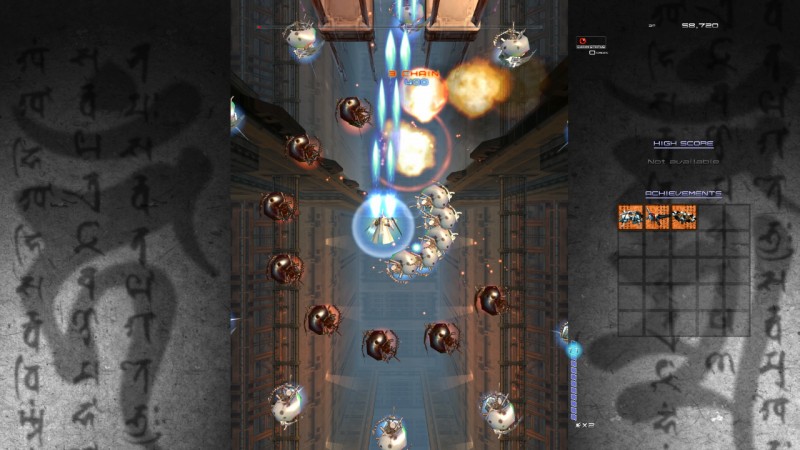 Fair question. Sure modern games tend to be heavy on narrative (Red Dead Redemption, Mass Effect, The Witcher and so on) but that doesn’t mean there aren’t experimental games out there that also eschew traditional story structure. Surely Proteus has so much thematic resonation with the wanderlust and inclinations to nature espoused by the works of Whitman that one could argue it’s a poem as well. The same is true for Kentucky Route Zero and the poems of the surrealists Andre Breton and Cesar Vallejo. So what makes Ikaruga stand apart?

Ikaruga makes the best of its medium-marriage, both serving as an eloquent evocation of its theme as well as a game that’s entrancing because of the deftness of its mechanics and difficulty balance. The sci-fi shooter casts you as a ship pilot named Tenkaku as he launches a one-man rebellion against a powerful and corrupt empire, a desperate bid to save the world from destruction. This exposition isn’t anywhere in the game, really. In fact, to find the story you’d have to literally read the manual, where the whole setup is given in four paragraphs: 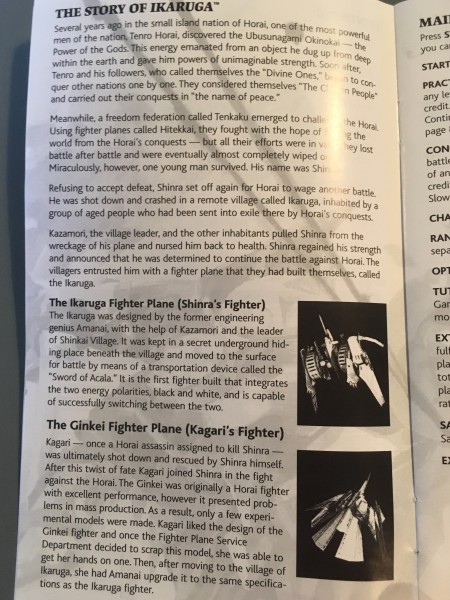 Instead, Ikaruga’s in-game ‘storytelling’ is both loose and straightforward. There are four levels, each one beginning with a short statement that serves as a thematic prelude. Take, for example, the beginning statement that gives rise to Tenkaku battling countless ships, dodging fire, and unleashing waves of destruction against his foes:

I will not die until I achieve something. Even though the ideal is high, I never give in. Therefore, I never die with regrets.

The action of Ikaruga embraces these preludes, all of them espousing the difficulty (and thrill) of struggling and being the underdog in an uphill battle. Let’s make no bones about it: Ikaruga is one of the hardest games ever made. There are countless ships coming at you. Your windows for survival are incredibly short. Boss fights require Panther-like reflexes for you to overcome. And yet, for all its frustration, Ikaruga delivers a high like no other. The spectacle of spinning to the left of a massive bullet and avoiding death just in the nick of time is exhilarating as well as knocking down foe after foe to build your score.

In its leanness, Ikaruga sacrifices the trappings of bloated sci-fi works and sagas to focus on the moment that all shoot-em-up games have endeavored to deliver since Galaga made its debut back in 1981, the one where you’re zipping past danger like some interstellar dancer, delivering death in every direction. The difference is that Ikaruga makes you earn it, forcing you to endure failure after failure until you’ve got every moment right, until every reflex is perfectly in tune with the game’s demands. 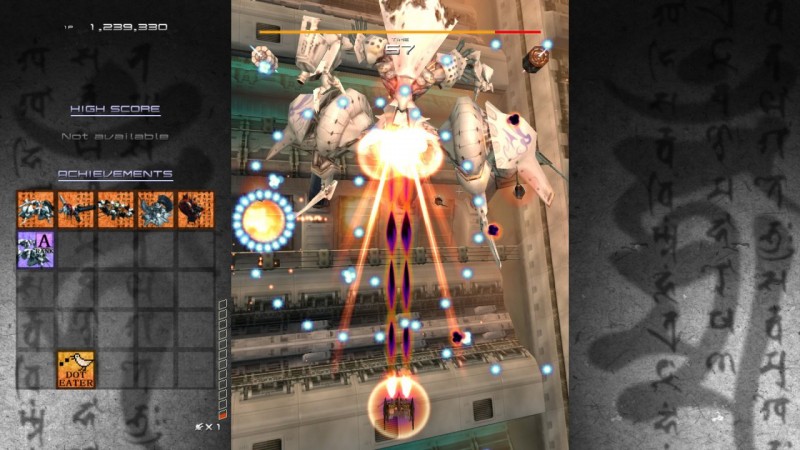 Treasure’s game doesn’t need the epic spectacle of space operas because it captures the thrill and danger of adventure within the confines of its action. The feelings and expressions most associated with that sci-fi subgenre are articulated through the evocation of the game’s mechanics, not through story beats. It’s in this way that Ikaruga shines as a poem: it understands and articulates those themes without needing narrative breadcrumbs to lead us into becoming one with the experience. The player comes to grapple and (with effort) embody those ideals of perseverance and heroism through the act of playing the game itself. It’s pure in a way that precious few games are.

Sure, Ikaruga might look like just another hard-as-nails shoot-em-up but beneath its mechanized exterior is a great and profound expression of struggle articulated in a way we don’t often get to see in the world of games. If you haven’t played it yet, it’s available on nearly every modern console (and PC), and I urge you to at least check it out.

Sure, you’re probably going to get frustrated as you perish over and over again, but I promise the beauty of victory is more than worth the pain.